SGA plans a variety of events for the school year

The Student Government Association (SGA) will be adding monthly community service trips to its calendar of events for the school year. Other planned events include the Homecoming Dance, the canned food drive and mock elections.

The SGA has decided on different priorities for the new school year, according to new sponsors Jennifer Craft and Claudette Smith. "This year we're really targeting community service," Craft said. 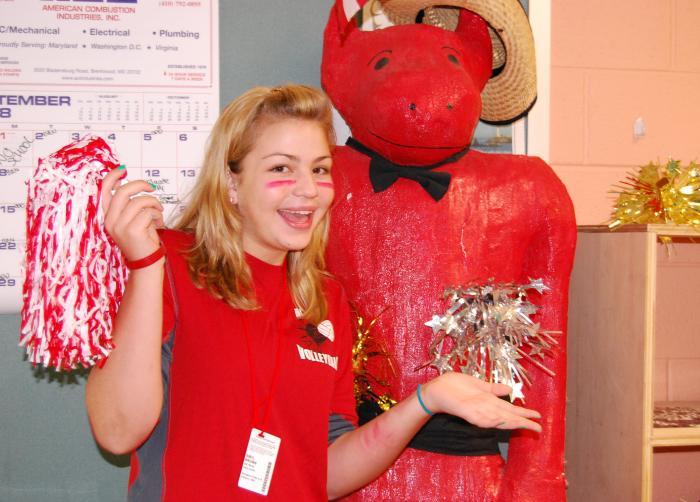 Apart from service, the SGA also plans to work hard on increasing school spirit. "We definitely want to raise school spirit, not only with the students but also with the staff," Smith said. "We're just working on building a partnership with the whole Blair community."

SGA President and junior Sibyl Brown agreed with the sponsors. "The main thing I want to do is get more school spirit and more school involvement," she said. "I want to try to introduce new events and activities to get everyone involved."

The activities will be set up to give more students an opportunity to earn student service learning hours and also to reach out to the community. "We have students who aren't going to graduate because they don't have enough hours," Craft said. "This is helping students get connected with what they really care about…it's a springboard."

Homecoming 2008
In addition to organizing the community service activities, SGA will be spending a lot of time in the fall on homecoming preparations. This year's homecoming football game will be on Friday, Nov. 7, and the Homecoming Dance will be held the following day. The SGA is still deciding on a possible homecoming theme. The prospects include music genres, candy and Halloween themes.

Spirit week will be held from Oct. 30 to Nov. 7 with a fall sports pep rally on Nov. 7. There will also be a homecoming barbeque the same day. The SGA is looking into the possibilities of having a bonfire at the homecoming barbeque, though they are still in the planning stages, according to Brown. A winter formal is also set for Feb. 7, after the winter sports pep rally, she said.

Charity and fundraising
After homecoming, the SGA will begin the canned food drive, which will go from Nov. 17 to Dec. 23. This year, the SGA hopes to collect more cans than last year. "I think the main goal is to try to beat the number of cans from last year, which was well over 3,000," Brown said.

Elections
The SGA will be holding freshman elections on Sept. 25 and Sept. 26. Freshman candidates for the class of 2012 will be giving their speeches on Sept. 24.

During the week before nation-wide elections in early Nov., the SGA plans to hold a mock presidential election, followed by an election party on Oct. 30; details may still be subject to change. Students will vote for the presidential candidate they hope will win the real election. The SGA plans to announce the results by the end of week, as well as send the information to The Gazette to be published, according to Craft. "We hope that arranging an election to give many students not yet old enough a chance to vote will raise general election awareness," she said.

Additional plans for the rest of the school year include a blood drive and an outdoor movie in both the fall and the spring. With many of last year's SGA members having graduated and two new SGA sponsors, the SGA looks forward to a new start. "We think about it as a new experience for us and the students," Smith said. "What [former sponsor] Rondai Ravilious did was great and we want to build on it."

Brown agreed, adding that the fresh year brings inspiring prospects. "I think with the new sponsors and the new people there will be new ideas and new ways to do things," she said.