SGA to reform roles of president and vice president

SGA President Alex Bae is spearheading a reform of the duties of Blair's president and vice president to improve the efficiency of school-based event planning and county-wide administrative events.

Under the reform, the president will be responsible for managing state and county-wide events, such as Student Member of the Board (SMOB) meetings. The vice president will concentrate on planning school-wide events like homecoming and blood drives. 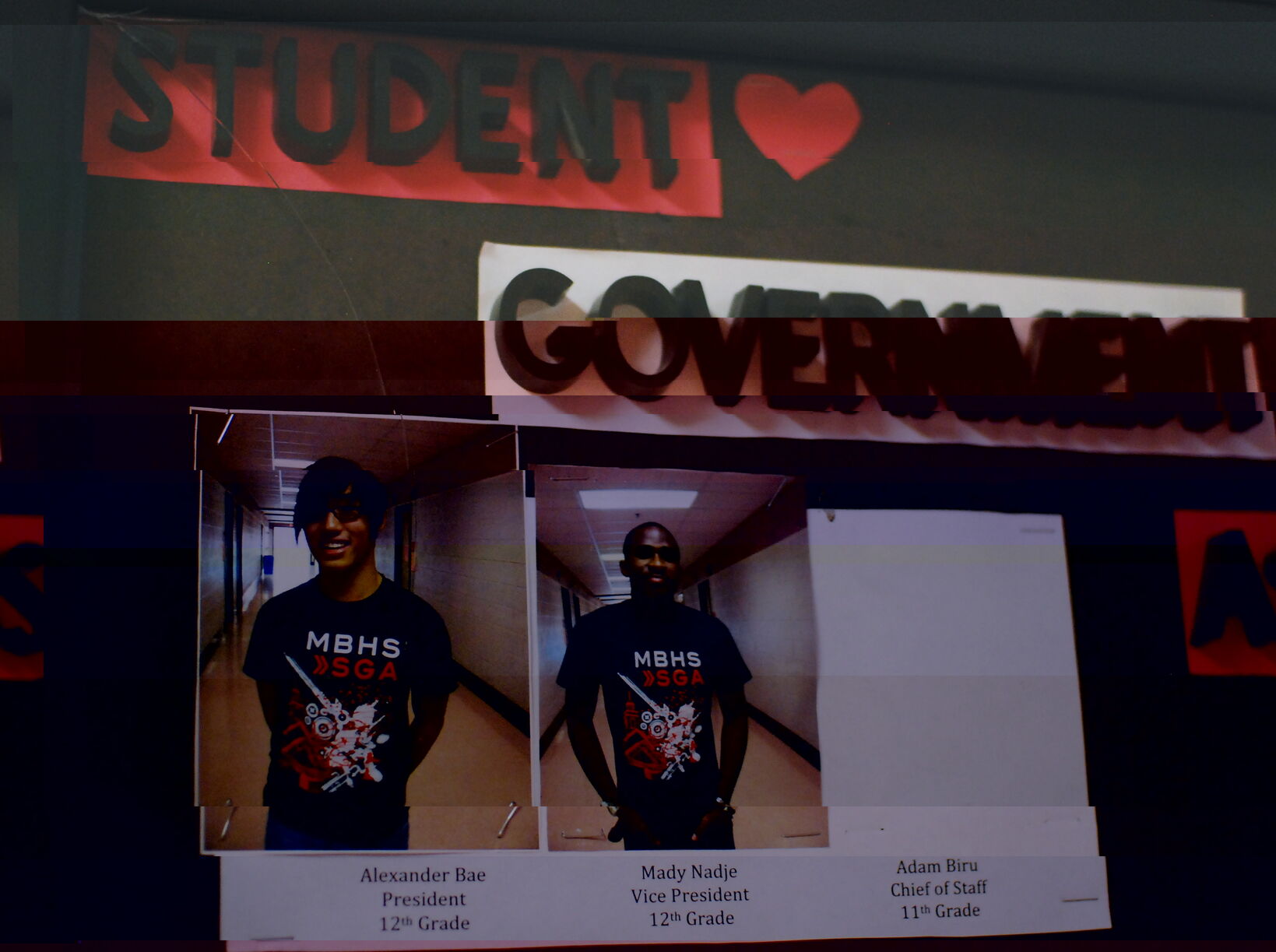 Photo: Outside of the SGA office, the panel displays photographs of the members of the SGA along with their names and grades.

Photo: Outside of the SGA office, the panel displays photographs of the members of the SGA along with their names and grades.

Bae explained that these new task divisions will both improve school events and afford Blair greater representation at the county level since each leader can devote more time to his or her own job. "I'm hoping that we'll be able to do more," Bae said. "I hope the student body will see the difference."

Bae said that it was difficult to split up the work between the president and vice president under the old system. "I had to worry about everything," Bae said. He explained that last September, Blair was underrepresented at the county level because SGA was swamped with school-based events.

The SGA is implementing the new system this year to avoid a rocky transition under a new president and vice president for the 2010 - 2011 school year. "I'm easing into it," Bae said. He met with the SGA's executive team on March 15 to outline new responsibilities and roles. He has also met with Principal Darryl Williams to review the new structure.

The new system will outline SGA positions more clearly, allowing future SGA candidates to "run for a job that matches their interest," Bae said. Instead of juggling both county-wide government events and school-based events, students can choose a specific job. 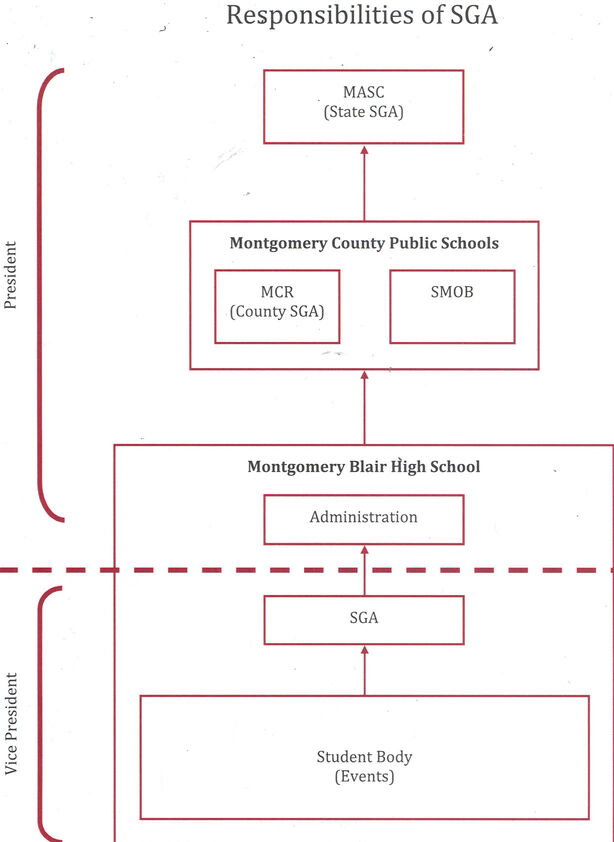 According to a new description of elected positions published by the SGA, the president "represents the concerns of all members of the community to the School Administration, County Student Government and State Student Government." The new guidelines also state that "the School President must be prepared to attend regular meetings after school hours and during the weekends in locations across Montgomery County and occasionally in other parts of the state." The SGA vice president "must be willing to attend all school events and work long hours in preparation for these events."

Bae developed the idea for SGA position changes after attending the Maryland Association of Student Councils (MASC) convention, where he met with student body leaders from other schools and discussed the structure of their student governments.