This morning, the Student Government Association (SGA) announced that senior Mady Nadje will no longer be Blair's vice president. Blair's chief of staff, junior Adam Biru, was announced as the acting vice president. The SGA distributed a notice that informed Blazers of the situation to all second period classes. 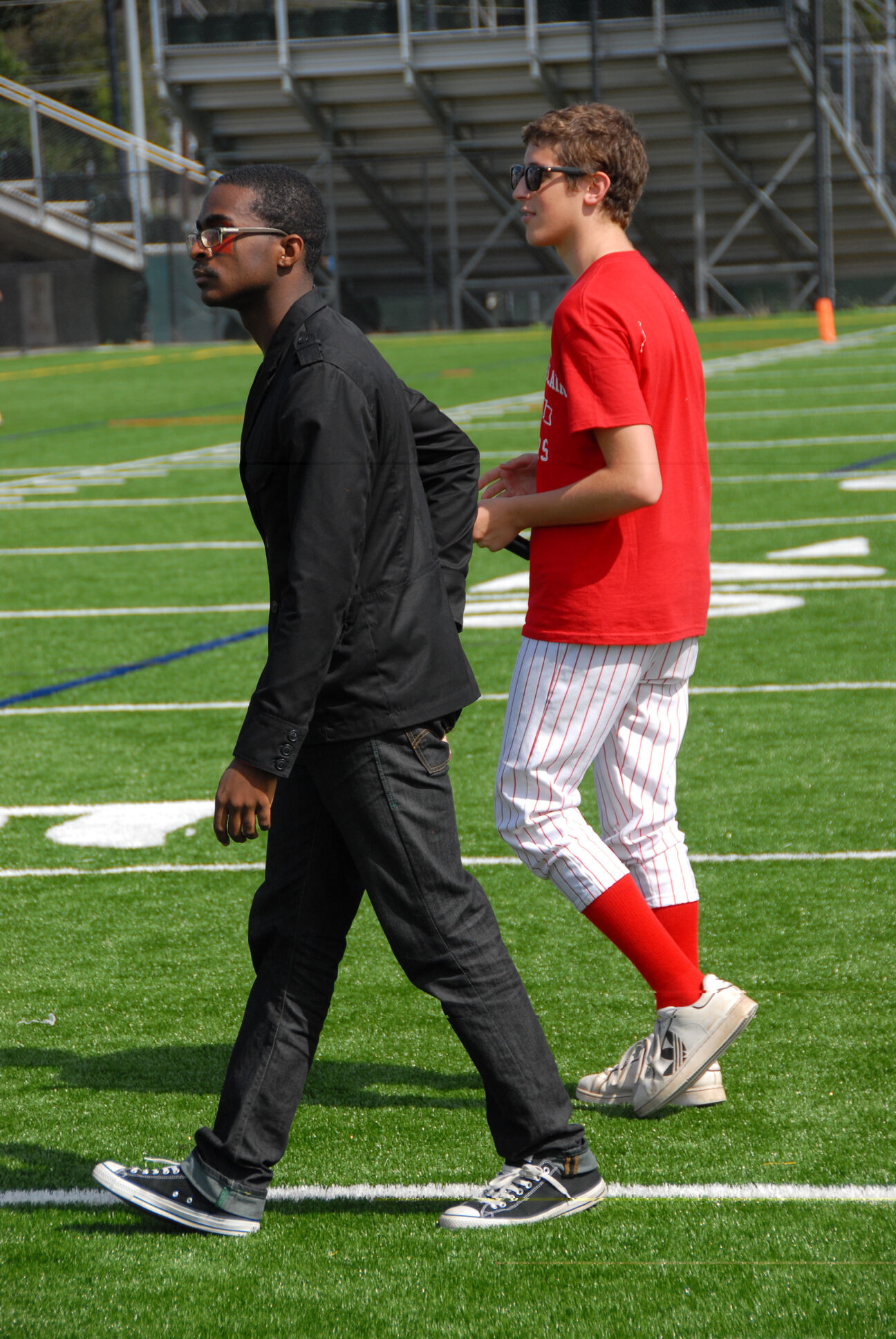 Photo: Seniors Mady Nadje and Sam Zuckerman host the many events planned for the pep rally.

Photo: Seniors Mady Nadje and Sam Zuckerman host the many events planned for the pep rally.

Nadje said that he stepped down because of MBHS policy. "I didn't do anything illegal or break any rules, but something in the [school's] policy prevents me from being vice president at this time," he said. Nadje refused to elaborate on the policy infringement.

The change in the SGA is temporary, according to Nadje. "It's not permanent," he said. "I could potentially resume being vice president again next quarter." Principal Darryl Williams originally informed Nadje of the situation. "I talked to all key players when making the decision," Williams said. He declined further comment.

Nadje said that he conferred with Williams before the decision was made, and stressed the importance of his "stepping down," rather than "resigning." "Mr. Williams brought this situation to my attention," Nadje said. "I agreed to step down. To say I resigned implies I had more choice in this matter, when I really did not."

SGA sponsor Claudette Smith said that promoting Biru as Nadje's replacement was the obvious course of action. "Mady stepped down, it was natural progression to chose Adam because he's the chief of staff." SGA president senior Alex Bae said that despite the now vacant position in the SGA, there will not be a new chief of staff appointed.

Nonetheless, both Williams and Bae were confident that Blazers will feel no effect from the SGA changes. "Everybody involved in SGA is committed to their good work and continuing the plans that were laid out this year," said Williams. Bae added, "We're one person short, but we'll all just pull a little more weight."

Biru's duties in the SGA will not change significantly either, he said. "From chief of staff to vice president isn't too different," Biru said. Bae added, "Mainly [Biru] will be making more public appearances at student, teacher and parent addresses, he'll basically be getting more face time."