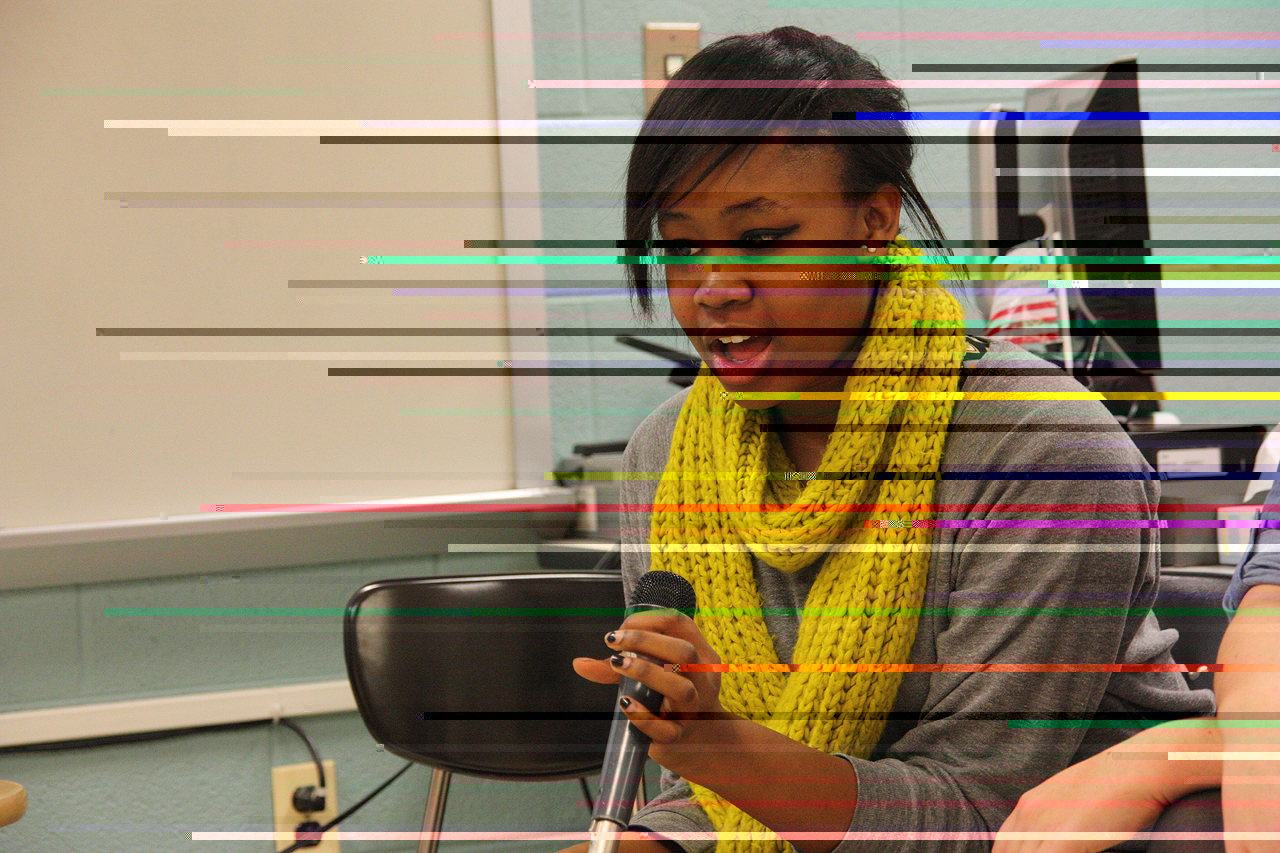 Photo: On Feb. 28, Blair's SGR President spoke out against the GT label in Montgomery County. Here, Ross speaks about the same issue at an SGR meeting with Student Member of the Board Alan Xie.

Photo: On Feb. 28, Blair's SGR President spoke out against the GT label in Montgomery County. Here, Ross speaks about the same issue at an SGR meeting with Student Member of the Board Alan Xie.

Ross gave a two-minute anecdotal testimony to the BOE, including President Christopher Barclay and MCPS Superintendent Jerry Weast. About 100 onlookers, representing several other causes addressed at the meeting such as the Wheaton Edison debate, attended the meeting.

Cartman and Higgins gave testimonies based on their children's and students' negative experiences with the label. According to Vlasits, a diverse group of "No Labels" advocates have given testimony at similar meetings. "We're trying to show the Board a broad-based support for removing the GT label,” he said.

Ross's testimony told of the causes of her not entering the GT program, as well as the consequences of this for her educational career. "I was reading five grade levels ahead, and doing Algebra I and was working on a book of poetry (yes, at age 10),” she said. However, when it came time for her to take the global GT screening test, she performed "inconsistently,” which she now attributes to her then undiagnosed and untreated Attention Deficit Disorder (ADD).

Ross believed it was especially important to voice her personal experience with the GT label to the Board directly. "Sometimes, adults are disconnected,” she said, "we're there every day; when there are flaws in the system, it affects us. When students, like me, give testimony, it brings them closer to the issue.” 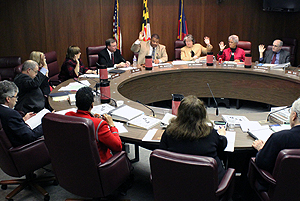 Photo: The Montgomery County Board of Education (BOE) met on Feb. 28 to discuss the Gifted and Talented label, among other things.

Photo: The Montgomery County Board of Education (BOE) met on Feb. 28 to discuss the Gifted and Talented label, among other things.

According to Vlasits, SGR has been working toward removing the GT label for over a year now and attending these meetings in order to put the issue up for consideration for a vote by the board. Vlasits believes the best way to achieve this vote is through constant and gradual pressure on the BOE from the SGR and a variety of other sources. "With the National Association for the Advancement of Colored People (NAACP), Impact Silver Spring, the Parent Teachers Association (PTSA), and others, we're creating a large community organization to pressure the BOE to do something they already want to do,” he says. Vlastits speculates that the majority BOE already supports removing the GT label.

Preceding the meeting, the SGR organized several events to raise awareness of the problems of the GT label, including a discussion with Alan Xie, Student Memeber of the Board of Education (SMOB) as well as an event in conjunction with Blair's Diversity Workshop. At the meeting, Xie expressed his support for the removal of the label as well.

Ross was surprised to see the diverse groups that attended these events, which included a range of Advanced Placement-level to on-level students. "With the Diversity Workshop event, we were able to reach out to a variety of students,” she said.

The SGR intends to keep pressuring the BOE though, according to Vlasits. At the next public meeting, on Mar. 28, he hopes to organize a much larger group of Blair students and teachers to show support or testify.