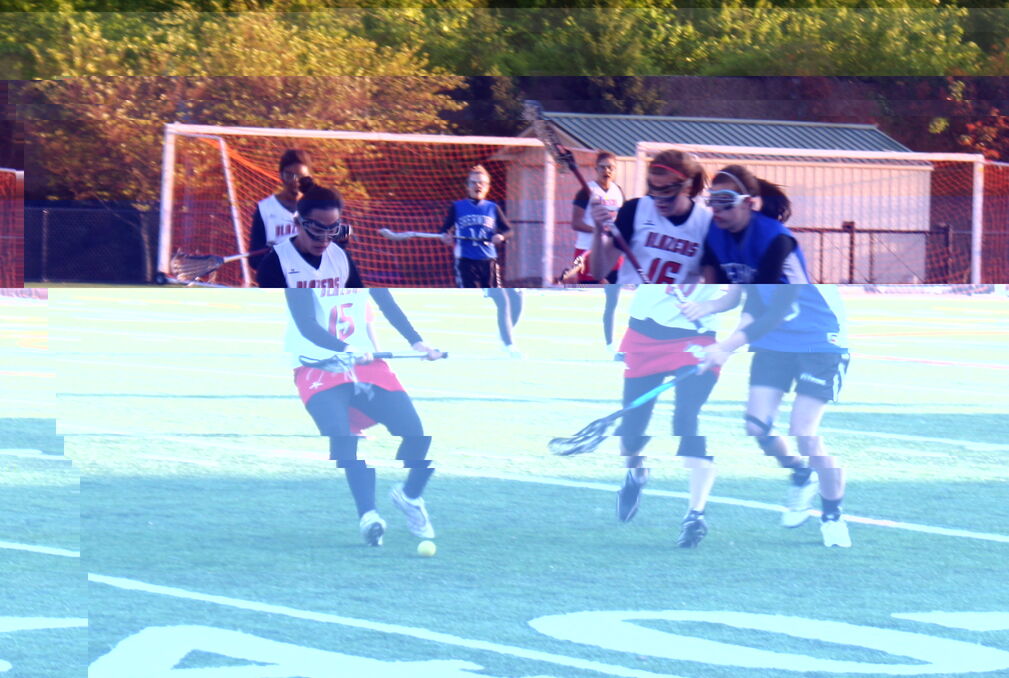 The girls' lacrosse team (5 - 3) suffered their third consecutive loss of the season on Wednesday night, falling just short of the Sherwood Warriors. Even with solid teamwork and communication on the field, the Blazers could not push past their opponent and lost with a final score of 4 - 6.

The Blazers remained close with the Warriors during the entire game and managed to keep the score tied 1 - 1 through halftime. At the start of the second half, the Warriors came out and quickly scored two goals, but Blair kept its composure, according to senior captain Molly Branson. "We didn't let it go to our heads," she said. Once the Blazers started to pick up the slack, Branson explained the team continued to execute plays. "We made smart shots and smart passes on defense to not let them get the lead again," she said.

Going into the game, Blair was incredibly energized and ready to have a great performance, according to Branson. "We went into that game the most intense I've ever seen Blair lacrosse," she said. Junior attack Maia Barnes added that being highly energized before the game proved it was critical, especially since the team was coming off a two-game losing streak. "Every time we want to win it's a really intense game," she said. "Compared to our past losing games, we just brought up the intensity a lot." 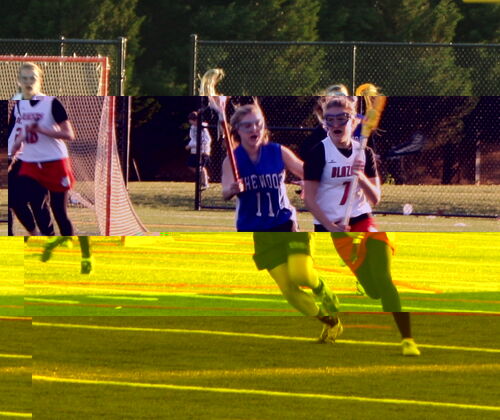 But the team grew frustrated when two separate Blair goals did not count. At the start of the game, Branson was fouled when she scored and the goal was disregarded. Later, just before the end of the second half, junior attack Lyla Shapiro took a shot that wasn't counted because the referee blew the whistle before the ball left her stick. Branson explained that both of these moments hurt the team's momentum. "Those two goals definitely would have changed the game," she said.

Branson felt everyone on the team came out ready to win. "Across the board, we all played well," she said. Barnes agreed, adding that the team was especially quick defensively. "Our defense was collapsing on them really well when they had fast breaks," she said.

Both Branson and Barnes agreed the Blair team must put this loss behind them and remember what they executed well. With this mindset, Branson believes the Blazers could pose a threat if they face the Warriors again. "If we see them at playoffs, they should be scared," she said. 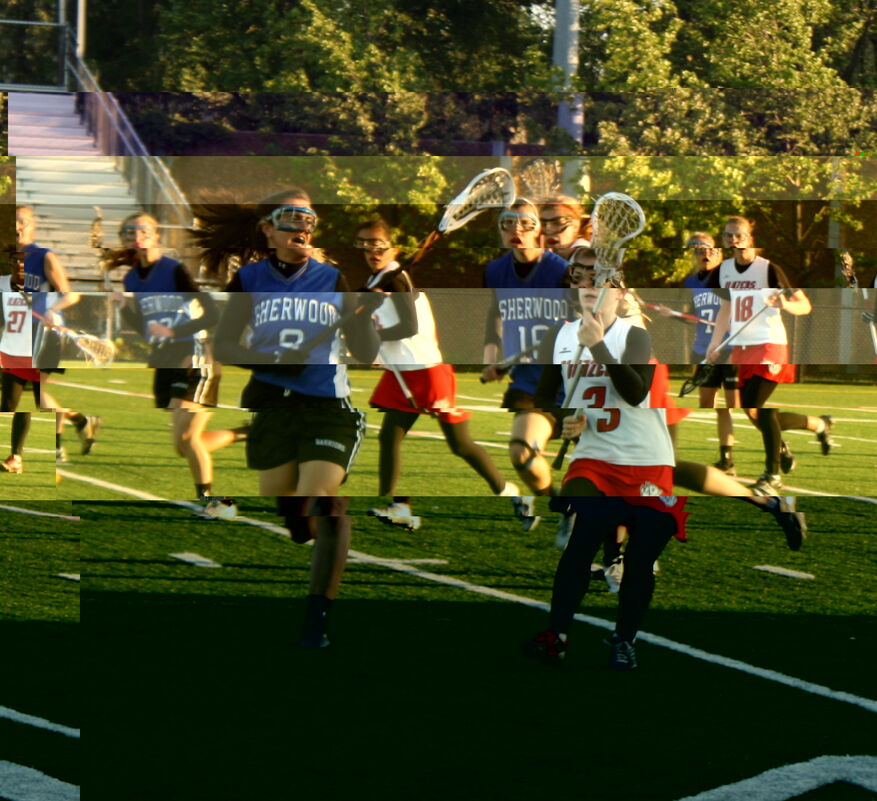 As the team inches towards the end of regular season, there are more games and fewer practices, which means the practices are tougher, according to Barnes. "Now we have more games more often," she said. "For this game, practice was really intense." The team worked on new offensive plays that they implemented against Sherwood, which Branson hopes will assist them in spreading out wide and opening up.

Blair plays Magruder this Friday, but Branson said the game won't be too difficult as long as the Blazers play as well as they did against Sherwood. "They're more beatable," she said of Magruder. "But I never want to go into a game expecting a win or a loss. We just need to go in there with the same intensity." Coming off a three-game losing streak, Barnes added that she expects the team will find the confidence to be victorious again. "We're ready to get back on the wins," she said. "We're definitely coming out to win."

Girls' lacrosse plays their next home game against Sherwood on April 28 at 7:00 p.m.