Sherwood snapped Blair softball's seven-game winning streak, edging the Blazers 2-0 on senior night. The game was much anticipated as Sherwood was Blair's only regular season loss last year. According to Coach Louis Hoelman, Blair (11-2) and Sherwood (13-1) have been the top softball teams in the county for the past three years, and each has won two division titles. Despite the game's final score, Blair's defense kept them in the game through seven innings. 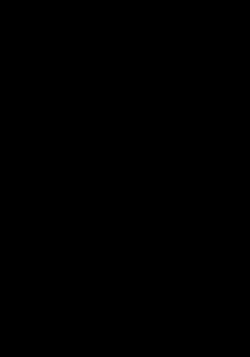 Photo: Senior Michelle Linford fields a ground ball and throws to first for an out late in the game.

Photo: Senior Michelle Linford fields a ground ball and throws to first for an out late in the game. Photo courtesy of Jeff Lautenberger.

Before the game started, family members escorted Blair's 12 seniors onto the field, where players received flowers from the coaches in celebration of their accomplished Blair softball careers.

The Blazers' offense struggled to penetrate Sherwood's defense all night. Blair senior co-captain pitcher Annie Denenberg started out the game shaky, walking the first batter on five pitches. But Blair's defense made three crucial plays in a row in the first inning. After a battle at the plate with six foul tips, Sherwood's second batter popped out to senior centerfielder Megan Harmison. The next player was out after a pop-fly to right fielder senior co-captain Allison Rubin. The last out of the inning came when senior co-captain catcher Claire Lieberman gunned down the runner attempting to steal second base.

Blair's offense went quietly in the first inning, as Rubin, up first, was out while bunting to first; senior Juliet Garlow struck out and Lieberman was forced out at first.

In the second inning, both teams managed to get players on base, but were unable to bring them home. Senior co-captain Anna Szapiro's triple was the farthest Blair's offense would get all night, though.

Blair's defense held Sherwood to zero again in the third, this time in five batters. The first out came on a grounder to senior co-captain and second baseman Michelle Linford. The second batter advanced to first with a shallow hit to center field and the third batter got on base following a close play at first by Rubin. With runners on first and second, Blair's defense rallied, getting the next two batters to pop out to senior Liz Scroggs and ground out to Garlow at third.

The Blazers were held scoreless in the third, before Sherwood scored the game's first run in the fourth. The first batter singled to left field and advanced to second on a fielder's choice. The third batter hit a sacrifice fly to Harmison and the runner advanced to third. When the fourth batter hit a grounder between third and short, the Sherwood player on third crossed the plate to give the Warriors a 1-0 lead.

Blair's offense was unable to recover from the deficit in the home half of the inning. Szapiro was the only one to reach the base, and she did so on a walk. Lieberman, Linford and senior Dani McClay all struck out.

Sherwood was able to capitalize on good hits again in the fifth. The second batter of the inning hit the ball to deep center for a solid triple and came home when the next batter grounded out to first. The top of the inning ended with Blair down by two. 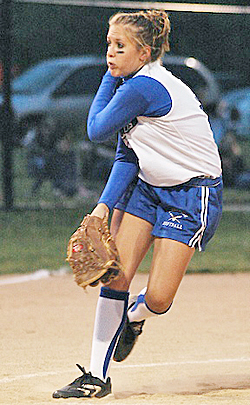 Photo: 2006 Gazette Player of the Year Dana Ward pitched a complete-game shutout against Blair last Thursday, striking out almost everyone in the lineup and giving up only two hits.

Photo: 2006 Gazette Player of the Year Dana Ward pitched a complete-game shutout against Blair last Thursday, striking out almost everyone in the lineup and giving up only two hits.  Photo courtesy of Jeff Lautenberger.

In the bottom of the inning, Blair was once again unable to muster any offense against the Warriors' pitcher Dana Ward. The Blazers seemed uncomfortable facing such a hard-throwing pitcher, as many of their other opponents have had much slower pitches.

The sixth inning showed the strength of Blair's defense, especially Linford. For the first out, Linford made a beautiful catch and for the second she knocked down a hard ground ball with her stomach, getting the batter out at first. Denenberg retired the Warriors for the inning by striking out the final batter.

With the Blazers in a two-run deficit, the energetic home crowd rallied to show their support for the team, taking to the outfield fence to become Blair's own Angels in the Outfield. But the Blazers went down in order.

After holding the Warriors scoreless in the top of the seventh, Blair had just one last chance to come back. The Angels once again appeared in the outfield in an effort to conjure up a miracle. After Szapiro walked, Linford hit a line drive that turned to disaster when Sherwood's second baseman nabbed the ball from the air and tagged Szapiro for a double play. McClay struck out for the final out of the game.

Despite the 2-0 final score, the Blazers showed their strengths and worked hard in the intense game. "In the past [the Blazers] have been intimidated; we have never beaten Sherwood," said Hoelman. "Last year we got crushed, this year we came out and played them evenly. I'm real proud; we played them to the very end."

The girls' next game will take place against Magruder at home on Monday, at 7 p.m.

Miriam Ragen. Miriam Ragen is a senior. Her favorite things are harry potter, the heroes wall, seattle and how awkward kate is. You can usually find her awkwardly pulling at her shirt sleeves. More »