Should the College Football Playoff be expanded to include more teams?

The expanded playoff could include six or more teams

Since the creation of the College Football Playoff (CFP) in 2014, the National Championship has become more interesting and exciting for fans. While the new format is great, it can be improved by expanding the playoff to six, or even eight teams.

The selection process over the years has caused a lot of uproar and disagreement from fans. So far, the committee has always picked teams from the Power Five (P5) conferences (Big Ten, Atlantic Coastal Conference, Big 12, PAC-12, Southeastern Conference) and Notre Dame, which is considered a P5 school.

The committee hasn't even ranked a non-P5 school higher than eighth in all of the final CFP rankings. That one eighth-seeded team was the 12-1 University of Central Florida team in 2018, with their only loss being by eight points to LSU in the Fiesta Bowl. Clearly, they were a strong enough team to give other P5 teams some competition in the playoffs.

The six team format would include the top two seeds receiving a first round bye, then matchups between the third and sixth seeds and fourth and fifth seeds. The six teams would most likely include P5 conference champions and at least one non-P5 team. Of course, there would be an exception if a conference champion has a few losses or had a flawed regular season.

But, some fans would disagree with this because they believe that the non-P5 team is not worthy, due to the lacking strength of their schedule boosting their record. This is where eight teams would come into play. The eight teams would be the P5 conference champions, the best non-P5 team (chosen by committee) and a wild-card team from each of the P5 and non-P5, chosen by the committee.

The eight-team playoff would be just like the four-team, but with an additional round and more teams, and possibly a reseeding system. In addition, the eight-team format would be able to fill out what is known as the New Years' Six (Rose Bowl, Sugar Bowl, Orange Bowl, Peach Bowl, Fiesta Bowl, Cotton Bowl), with the first six games being those six, and of course the final is the championship.

Not only will increasing the number of competing teams make for better playoff games, but it will also boost motivation among teams to make the playoffs. In addition, having a guaranteed spot to make the playoffs will really push the non-P5 teams to compete on a national stage for a national title, knowing that they won't just end up in a regular bowl game. 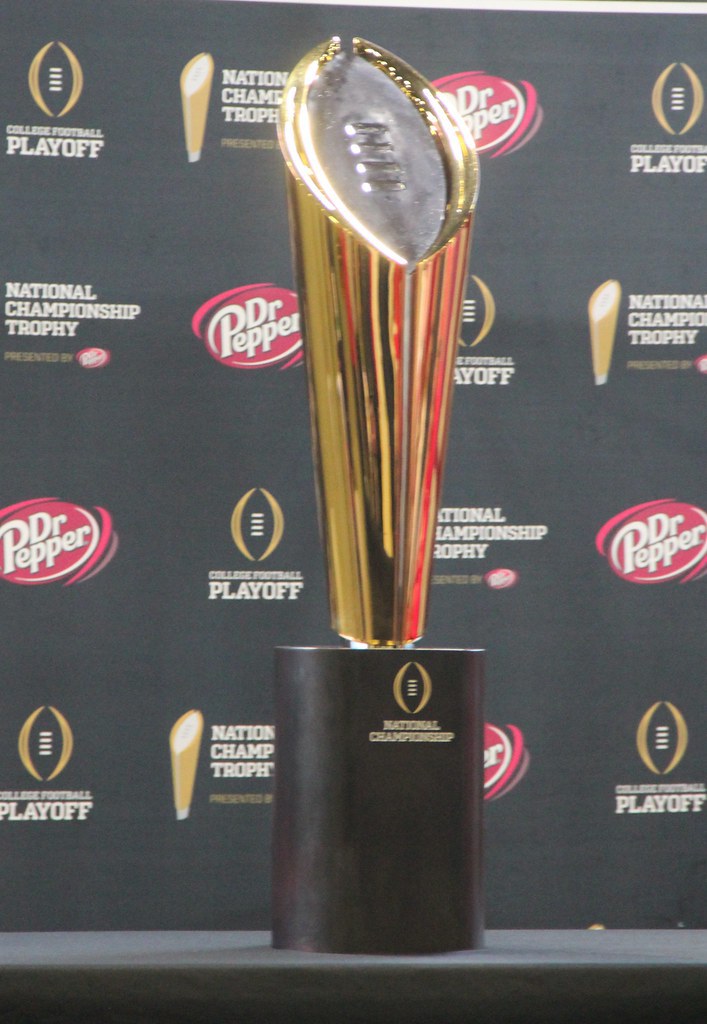 Photo: The College Football Playoff selection process has been flawed in its young existence (courtesy of Creative Commons).

Photo: The College Football Playoff selection process has been flawed in its young existence (courtesy of Creative Commons).

Even without the snubbing of non-P5 teams, there have been several top programs with talented teams that were snubbed from the CFP. In 2014, a one-loss team in TCU that was ranked third going into championship weekend was snubbed. In 2015, Stanford was ranked seventh, although having just one loss in a year that there was just one unbeaten team. With Notre Dame, they always have superior schedule strength, but always seem to get left out, with the exception of 2018.

While it would make the season longer, the regular season can be shortened to make up for that. Take away one of the non-conference games that will likely be a non-contest and make up for it with a week of potentially exciting games.

Expanding the College Football Playoff will boost ratings for the television networks, it will motivate teams, it will bring happiness to more fans, it will include non-P5 teams and it will provide a greater opportunity to see upsets and truly narrow it down to the two best teams.