Shrinking the span of an ocean

As students trickle into the meeting in a Blair classroom, she gives each a welcoming smile and a gentle hug. When the "catching up" session begins, she sits in the close circle of chairs along with them. She listens quietly to their experiences of the past week, their ideas for changing the world and their solutions to violence in Africa, stepping in only rarely to ask questions and offer insight. Wanjiru Kamau - or "Mama Kamau," as the students call her to show their respect and admiration for her in a traditional African way - is the founder and executive director of the African Immigrant and Refugee Foundation (AIRF). She has devoted her life to helping African immigrants adjust to American culture without losing their old traditions. 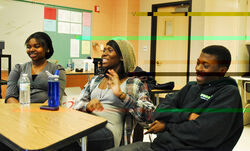 This June, AIRF will celebrate its 10th year of supporting African immigrants as they work toward sustainable, comfortable lives in their new communities. The foundation has two headquarters - one in Washington, D.C., and one based out of Kamau's own home. Though its services extend to adults as well, AIRF's most definitive focus is on African youth who have recently arrived in the U.S. - a more affected and accessible population since their parents are often forced to work two or three jobs, says Kamau. She works with students in the D.C. area to provide them with the means to solidify their own identities within two cultures and to develop a family within a group of peers who share similar challenges.

Kamau, a mental health professional with a doctorate in psychological counseling, came to the U.S. from Kenya on the same plane as Barack Obama Sr. in the 1960s. Though she always felt compassion for those experiencing the same culture shock that she had gone through so long ago, Kamau says the inspiration for AIRF came to her in an instant. In 2000, when she was researching African cultural competency at the University of Pennsylvania, she was granted the opportunity to meet 80 Rwandese refugees in person. This eye-opening encounter was the catalyst in her decision to create AIRF, says Kamau. "I saw the need to help the influx of the Africans who were coming here either because they were political refugees or economic refugees," she says. 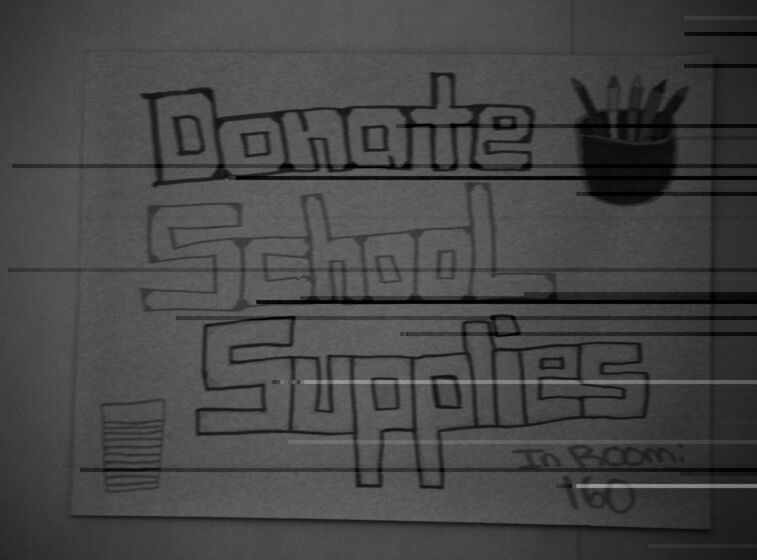 Around this time, Kamau also began to notice that more people were immigrating to the U.S. from rural, rather than urban, areas of Africa. Many were so culture-shocked that they didn't even know how to use the technology in a typical American apartment, she says. And having grown up with no running water or electricity in her home in Kenya, Kamau could empathize. "It is something that is a part of me," she says.

She followed her convictions and put money she had saved over the years into starting up the organization, determined to help other African immigrants become more physically and emotionally comfortable in their new homes. Today, AIRF offers everything from psychological counseling to after-school tutoring programs and ESOL classes. The program works in collaboration with four local elementary, middle and high schools to help students through any difficulties immigration may bring.

Kamau has been working at Blair since 2002, running weekly after-school meetings with Blair's African club and weekend tutoring sessions for any interested students. The weekday "catching up" sessions, as she calls them, are meant to ensure that the students feel comfortable in their surroundings and comfortable with one another.

Junior Philippina Mensah, the secretary of Blair's African Club, has never had troubles feeling comfortable with others. She describes herself as friendly and outgoing, with a knack for developing close relationships in the blink of an eye. So when Mensah came to the U.S. from Ghana in fourth grade, she had no problem finding friends - the difficult part was finding herself. Mensah says she struggled to understand and mold her own identity during her immersion into American culture. "I was trying to balance my American life and still trying to keep the values of my country," she says.

Photo:
Though she continues to battle her identity crisis, Mensah says her time with Kamau and AIRF has allowed her to stay connected to her past. "It helped with the whole adjustment process," says Mensah. "I didn't have to give up one part for another." Mensah, who learned English in school before she moved, says that one of the saddest parts of her transformation in the U.S. was the loss of her accent. She now fears that she could be losing her African languages entirely. Mensah grew up speaking Twi and Ga, two of Ghana's ethnic languages, but now rarely speaks anything but English. At the weekly meetings with AIRF, however, she returns to her African culture with a fellow member who speaks one of the languages, which Mensah sees as a blessing. "It makes you feel more connected," she says.

According to Kamau, one of the foundation's greatest purposes is to help immigrants understand that they can accept both parts of their cultures. Young African immigrants often become embarrassed by their original culture, she says. "There was a lot of time where the kids just did not want to wear anything African," she says. Kamau and AIRF try to counteract this perspective by keeping the students in contact with their roots. "It's okay to be who you are," she says. "For me to see how some of them have come back and wanted to write poetry about their country is the most rewarding part."

Sophomore Raissa Alexia Mbolo says that, in order to retain this contact, the members discuss current events in Africa at their weekly meetings and think of solutions to its most prominent issues. "I learn about how I can change things, how I can help other people," she says. Kamau hopes that these students will become the next generation to fight problems like illiteracy, poverty and the oppression of women in Africa. "I feel that most of the problems that Africa faces will be solved by these kids," she says.

The members of African Club use this sense of initiative to reach out to other areas of the world and to make a difference in their own community as well. The members are currently running a school supplies drive to aid Haitian students, and they are planning to perform a skit for African immigrants in their own community to encourage them to turn in their census forms. After attending the first youth town hall meetings, the students are also sending a letter to council members to request additional funds for resources and transportation for AIRF, hoping that the program will be able to extend its services more effectively in the future.

But the meetings do more than connect the students as activists with the world around them - they serve also to create relationships among the students themselves. According to Mensah, fellow members often provide the best support system for one another because of their common situation. "I met people who had the same problems I was going through," she says. "I didn't feel so isolated."

And for Mbolo, who left most of her family behind in Africa, a tight-knit group like this one was just what she needed. She came to the U.S. from Cameroon in November of 2008 to continue her studies. Mbolo and her family believed that she would be able to achieve a better education and find a stable job more easily in the U.S. than in Cameroon, so she took the leap, parting with her closest family members. "It was kind of hard to not see them. I wasn't used to the distance," she says. "My sisters, my mom, my grandparents, my dad." She now lives with a friend's family - her friend's mother is her guardian in the U.S.

With her biological family across the Atlantic, Mbolo was grateful to find an emotional safety net in close relationships with her fellow immigrants. "We're like a family," she says. "If one of us is hurt, everyone is hurt. We have to help each other." When one student is going through a difficult time, whether dealing with family conflict, identity confusion or the memory of rape, Kamau leads group talking and sharing sessions to encourage the students to help one another recover from trauma or daily troubles. She believes that this kind of camaraderie, based on shared experiences and sentiments, can be valuable for teenagers who are faced with many different challenges in their lives. "When you have a support system, people suffering, people feeling the same thing, healing comes naturally," she says.

The students were forced to draw closer than ever to heal after Astride Avoume-Memine's death last spring. Avoume-Memine, who died of complications related to a seizure in April, was an active member of Blair's AIRF program and a well-loved peer, says Mbolo. "One day she was with us, and the next day she wasn't," she says. "Everybody was crying, everybody was in pain." In the wake of their friend's death, Mbolo and the other members of African Club joined together to care for one another and for Avoume-Memine's family. "We prayed together," says Mbolo. "We made a video to send to her mom…to show her how many friends she had, how nice she was." Mbolo's second family grew even more connected through the tragedy.

And, as with any good family, this group of young immigrants is always happy to welcome new members, says Mensah. Knowing that there are many more struggling African immigrants in the school, both Kamau and Mensah hope that the group will expand in the future. For now, Kamau is focused on passing along as much of her knowledge and training as possible to the rising generation. She plans to retire within the year and hopes to hand the organization off to some of its younger workers. "I'm ready to retire," she says. "I want the younger people to take over." And, as always, she expects her students at Blair to step up to the challenge, finding the strength and leadership to keep their support for one another alive and thriving.