New casinos in Maryland are a cause for concern

Nationally, the gambling industry is on the rise. Casinos can now be found anywhere from inner cities and beaches to rural farmlands and Native American reservations in 39 different states. We've all heard the reasoning for legalizing gambling: it will help fund our educational systems. But there are plenty of other ways the state could improve education without legalizing gambling. Widening access to casinos increases the number of people at risk for gambling addictions, which can lead to people losing their entire savings account in a single day.

In Maryland, slot machines were legalized after a referendum vote in the 2008 election. Voters were influenced to support gambling through Governor O'Malley's support of the Education Trust Fund, which said that a percentage of gambling profits would go towards Maryland schools. The referendum narrowly passed with only 51.9 percent of the vote. Only six years later, Marylanders now have the option to blow their money at five different casinos in the state.

Gambling gives people a "buzz," or an adrenaline rush. The games are designed to move at a fast pace to force the player to make quick decisions without thinking about it. Casinos also trick people into spending more money by offering free alcohol, hiding the time of day, and providing "free" perks to customers. The Washington Post found that there are about 150,000 compulsive gamblers in the state of Maryland alone. Most are young and male, with low education and income. The Post found that the rate of severe gambling addictions can double within 50 miles of a casino. Gambling addictions can cost people to bet away millions of dollars. A simple Google search of "gambling addiction" brings up endless numbers of stories of people who've ruined their lives due to gambling. 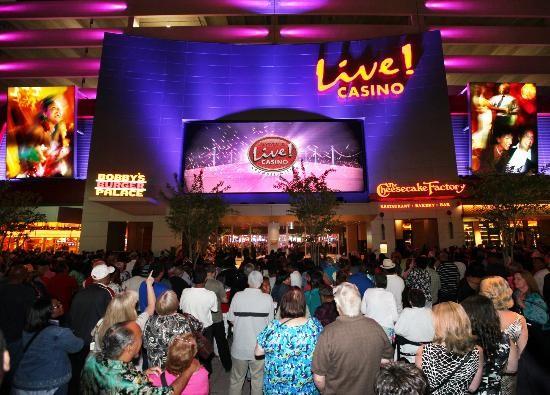 Photo: Maryland is opening up to casinos, which isn't a good thing.

Photo: Maryland is opening up to casinos, which isn't a good thing.

Currently Maryland Live! casino in Anne Arundel is the biggest moneymaker of them all. However, as Maryland continues to build casinos, the market is going to become more and more watered down as competition increases. In November, Maryland's casinos made $90.2 million, a number proportionally similar to that of last year. The Horseshoe Casino in Baltimore opened only three months ago, and its profits are already well below what was originally forecasted. On top of that, both Maryland Live! and the Hollywood Casino in Perryville saw revenue declines of ten percent in the past year. The number of gamblers hasn't changed, but the casinos are facing stiff competition within Maryland alone.

Under Maryland's legislation in 2008, the Education Trust Fund was supposed to receive 50 percent of the casino's revenues, and another 19 percent was supposed to go to other state programs. But the law was changed in 2012 to accompany the massive casino that is planned to open in 2016 in Prince George's County. The new law allows casinos to keep 80 percent of the profits. On top of that, Maryland schools might not actually be receiving more money as a result of legalized gambling. Neil Bergsman, director of the Maryland Budget & Tax Policy Institute, projects that as the Education Trust Fund grows, the usual budget spending on education will decrease.

There is one upside to gambling in Maryland: it creates jobs. Horseshoe Casino in Baltimore has about 1,250 employees, half of which come from Baltimore. Further, for those who argue that people are free to gamble their money if they desire, that's a legitimate argument. Charles Town, West Virginia is only an hour away, and Atlantic City is only three.

But the bottom line is that gambling is not a good way to support education. Gambling addictions take money from the people who need it the most. If Maryland really wishes to increase education funds, there are plenty of other ways to do so. It's time to stop building casinos, and find ways to support both our students and our adults.