Silento will no longer be performing at the arts advocacy assembly hosted by High School Nation (HSN) at Blair on Thursday afternoon, Principal Renay Johnson announced in an Instagram post on Wednesday night. The line-up change and Silento's response has prompted students to question High School Nation's honesty in distributing information about the event.

The assembly, sponsored by Hollister, Takis and other companies, is advertised on High School Nation's website as part of "a tour visiting schools across the country, introducing students to opportunities in music, arts and media." At each school they visit, HSN sets up a series of zones where students can meet professionals in the arts industry, get hands-on experience in music, dance and design, and watch multiple music performances, fine arts resource teacher Jacqueline Armstead-Thomas said in an announcement on Infoflow. 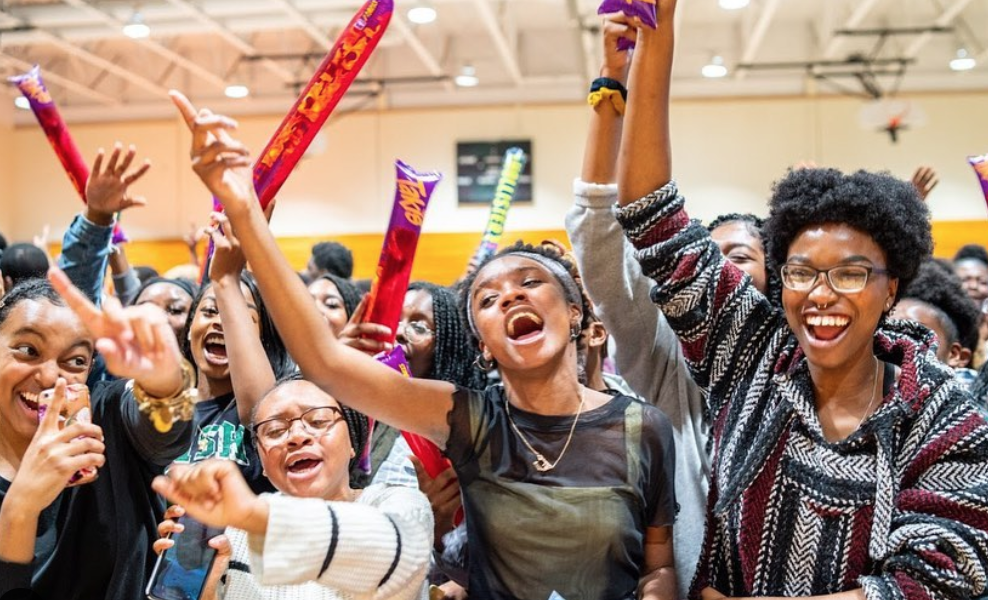 As part of the event, Blair is also supposed to receive new recording and production equipment from HSN. In emails, financial specialist Donna Franklin said Blair neither paid nor received payment for hosting the organization or receiving the equipment.

Blair students first heard about the event during the week of Sep. 30. Initial information about the assembly, including social media posts by Johnson on Oct. 8, stated that Silento would be headlining the performance lineup.

However, Johnson's most recent Instagram post regarding the event informed students that the lineup has changed. "There is a small change to the artist lineup," she wrote. "Blair will now welcome singer and actress Kerri Medders as the new headliner." After receiving multiple frustrated comments from students, Johnson disabled the comments on her post.

Blazers then took to Silento's Instagram account, posting comments asking him to come to Blair. Silento responded to Blair student Dave Kelil's comment saying he was never scheduled to come to Blair. "I never was scheduled to come… I'm overseas ending my tour [and] I'm coming back to America soon," he wrote. Silento also sent a direct message to Kelil, later posted by the Instagram account @mbhs4, in which he wrote "Man @highschoolnation keep telling lies."

Medders, a 19-year-old singer and actor from Texas, replied to a comment on her account confirming that Silento was not scheduled to perform at Blair. "Silento hasn't even been on the tour since the first week. I'm very confused on why this is happening," she wrote.

After receiving many requests from Blazers asking him to perform, Silento said he would fly back to the United States and try to set up his own pop-up concert in Silver Spring. He direct messaged Student Member of the Board Nate Tinbite and "I love u guys, I'm flying home to set up concert for Saturday. I won't let u guys down" [sic], before asking students to meet him at Ellsworth Mall. In an image on his Instagram story, he also announced that he sent a venue request to The Fillmore. No details about the potential pop-up have been confirmed yet.

High School Nation has faced scrutiny from multiple individuals since starting their arts advocacy tour. In an article in the Los Angeles Times, Atussa Kian, a student at Arcadia High School, called the event a "gilded marketing scam," writing that the organization required students to follow the sponsors on social media to receive the free products they were giving away. "The activity, merch and snack stands, all sponsored, seemed like they were supposed to be the main event, while the music apparently took a backseat," Kian wrote.

Administrators have not yet addressed the student backlash to the announced changes. Johnson posted a video of the HSN setting up for the event in the stadium on Thursday morning. "High School Nation is setting up now for our show! Get ready Blazers! So glad our school was chosen to host this FREE event!" she wrote.

This is a developing story and will be updated as more details emerge.

I have heard that this concert was illegal and did not have the proper licenses from Mont County Parks who manage the fields. The field was also damaged and games had to be cancelled and moved. How could this be allowed?