On Wednesday, Jan. 29, representatives from Silver Chips Online (SCO) had the opportunity to attend the second annual White House State of Science, Technology, Engineering and Mathematics ("SoSTEM"), hosted by the Office of Science and Technology Policy (OSTP). SCO was the only high school publication to attend the event, and was privileged to interview the Assistant to the President for Science and Technology and Director of the OSTP Dr. John P. Holdren, NASA astronaut Joe Acaba and two exceptional STEM students, Tyron Davis and Joey Hudy. SCO interviewed the four guest speakers before SoSTEM and later joined other local high school students at the event, which was filmed live on the White House website. During the event, multiple other speakers imparted their STEM wisdom, experiences and findings, including United States Chief Technology Officer Todd Park, Dr. Gill Pratt, Cristin Dorgelo and NASA's 2013 Astronaut Candidate Class. 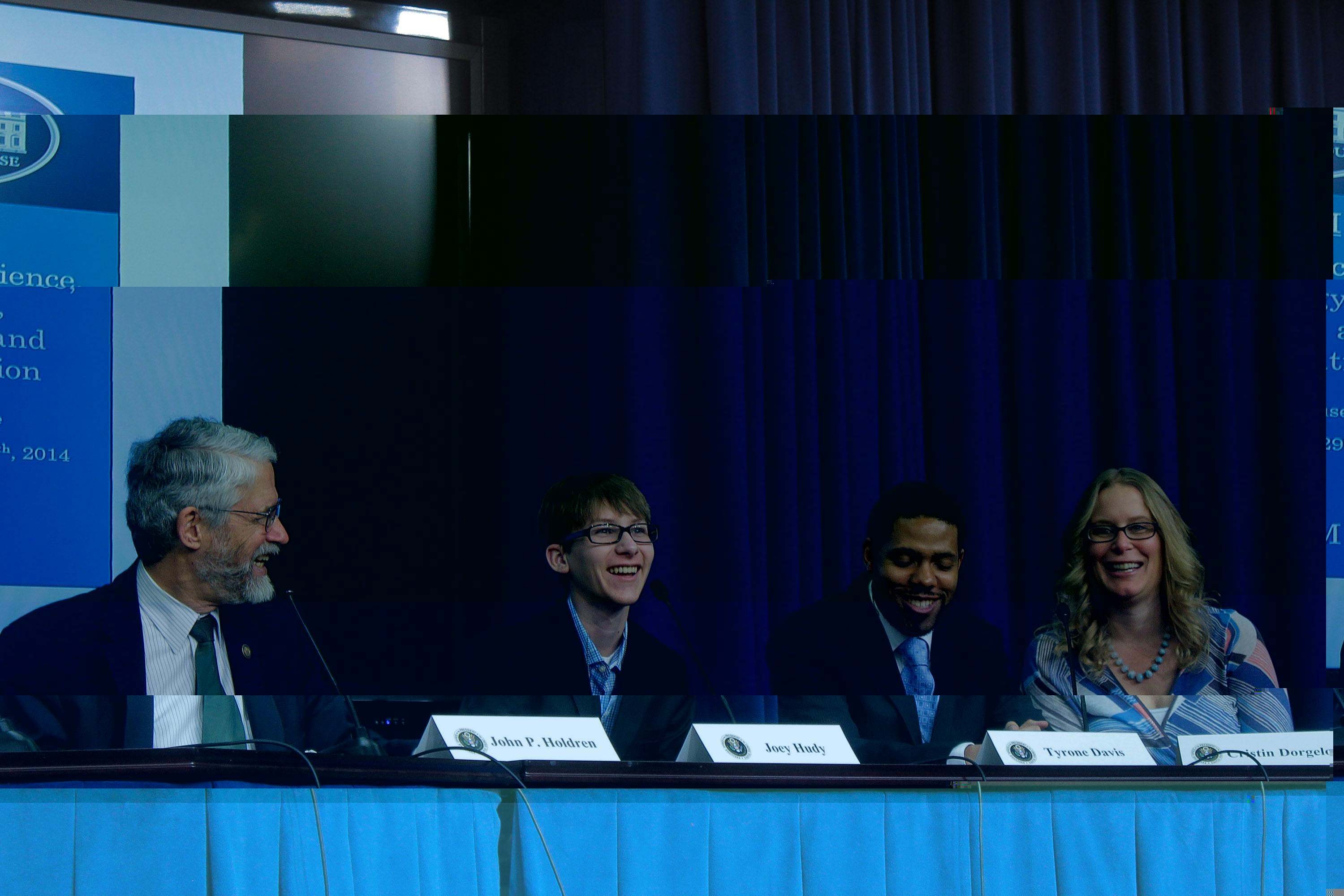 After opening remarks, the rest of the event acted as a panel discussion between the audience and the speakers, where students and OSTP Twitter followers alike were able to ask questions to the presenters. Though a major focus of the event was protecting the environment through clean energy alternatives, speakers discussed other major current STEM research initiatives in robotics, space and the brain as well. Montgomery Blair High School offers some of the nation's most unique and in-depth STEM classes, and the four guest speakers initially interviewed provided Blazers with great insight into their inspiring sources of ingenuity, their never-ending passion for STEM, and their unparalleled plans for innovating global-scale developments in the future. 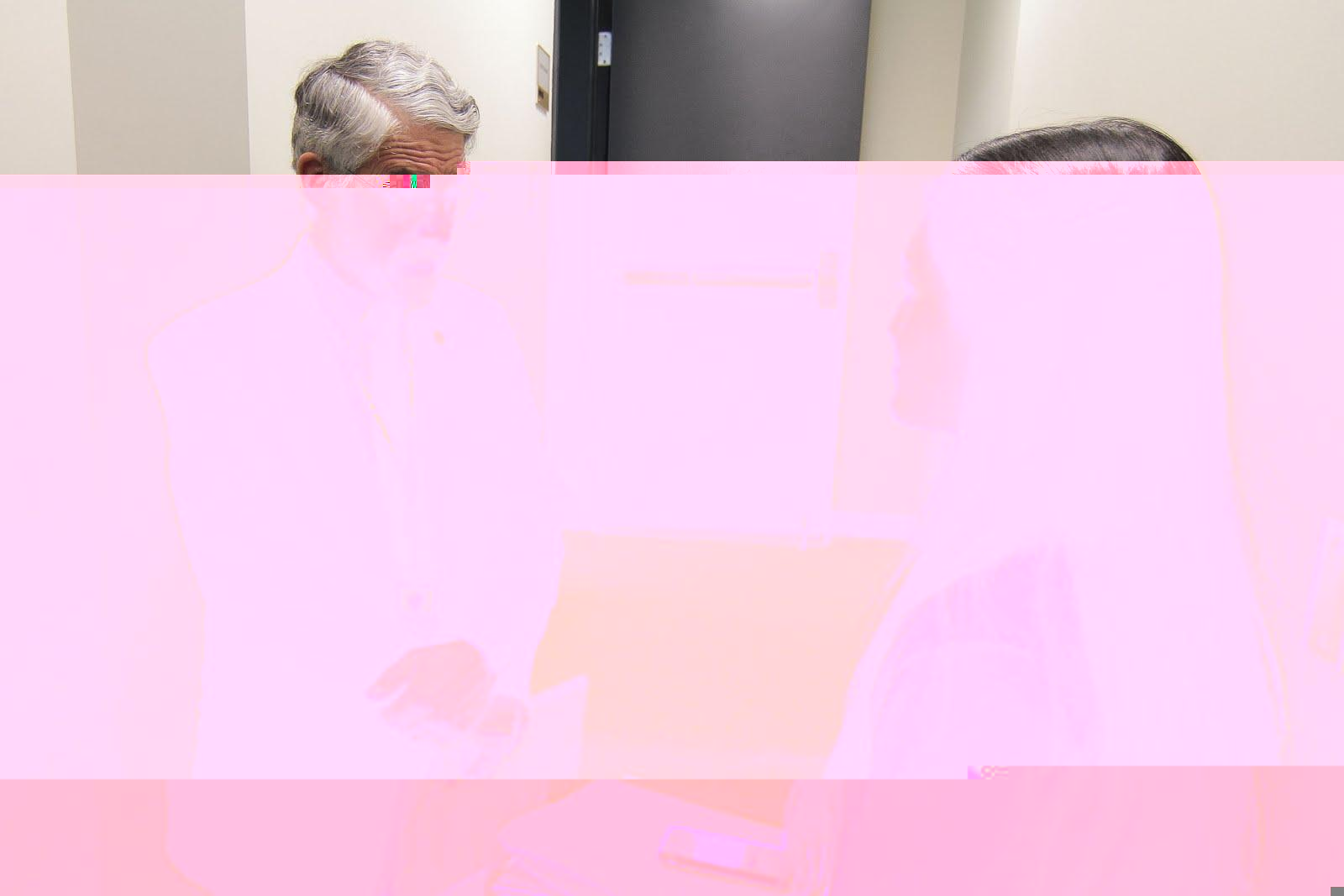 The night before SoSTEM, President Barack Obama delivered the 2014 State of the Union Address, where he devoted time to discussing recent STEM advances and breakthroughs that are bringing American people to the forefront of productivity and wellness. Dr. Holdren conveyed these ideas and their importance to the students throughout the event.

During the question and answer portion of SoSTEM, one student asked Dr. Holdren how the different components of STEM work together. "I think that science, technology, engineering and mathematics are all inseparable. STEM is a unit. Leaving out any part of that combination would be a mistake," Dr. Holdren said. Students in Blair's STEM Academy and Science, Math and Computer Science Magnet Program have seen this truth first-hand in their specialized classes. "Indeed, many of the most exciting things going on in science, technology, engineering and mathematics are going on precisely at the boundaries of what have traditionally been considered the content of these different fields. The ways in which the STEM fields are contributing to improving human well-being could take the rest of the day, and many days to follow, to describe," Dr. Holdren said. 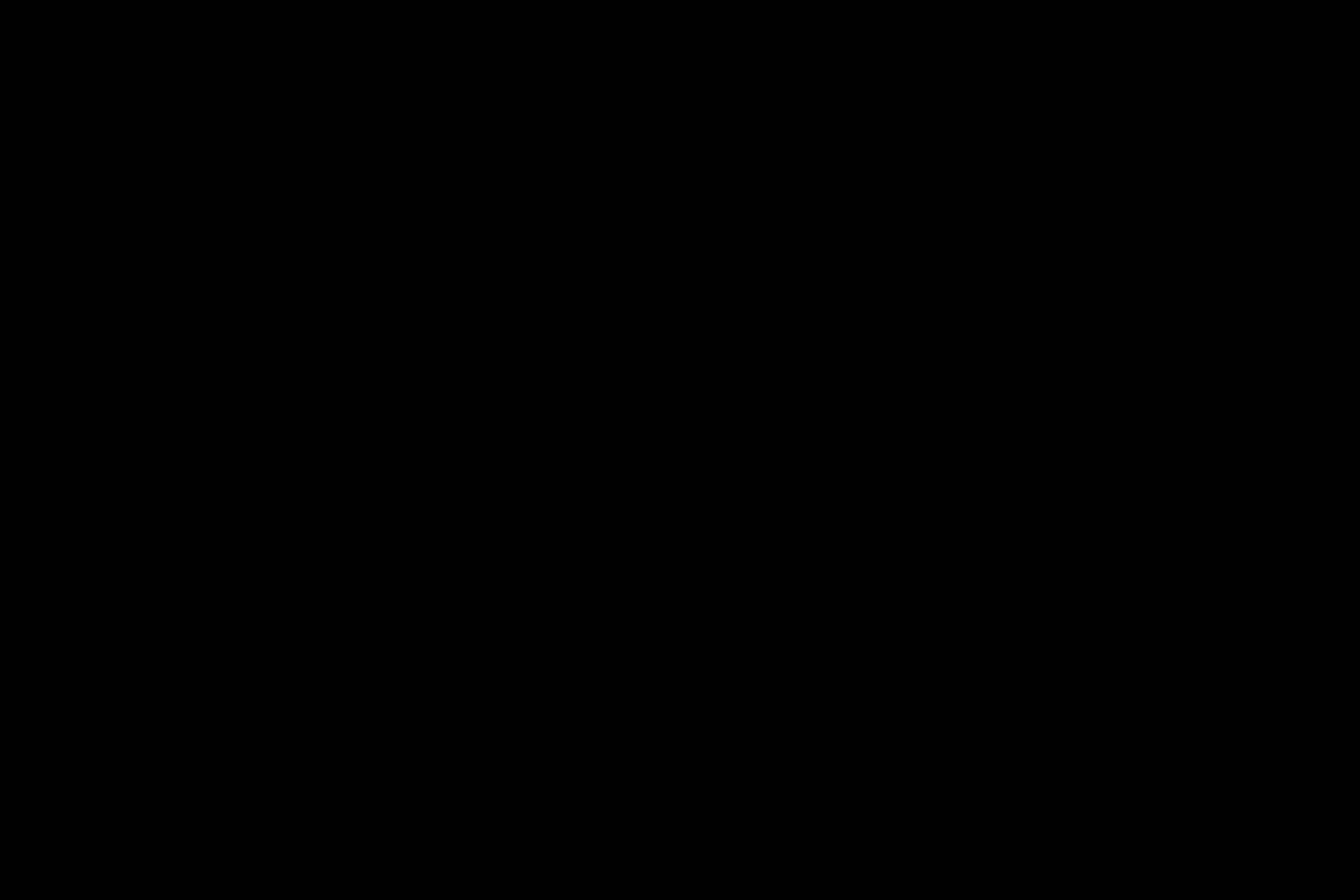 Photo: A student interviews the STEM discussion pannel at SoSTEM.

Photo: A student interviews the STEM discussion pannel at SoSTEM.

In particular, Dr. Holdren gave the example of natural gas by discussing the importance of STEM in developing government initiatives to provide cleaner energy options to Americans. He pointed out how coal still persists as the United States' largest electricity source, despite its detrimental contributions to greenhouse gases and its appalling impacts on the environment.

Dr. Holdren agrees with the president on natural gas and acknowledges that it is not the end all solution to climate change, but he hopes that natural gas will provide a transition to clean energy use in the future. "Ultimately, natural gas should be thought of as a bridge fuel that bridges to a much cleaner future where we are much more heavily reliant on renewables that have zero carbon impact," Dr. Holdren said.

The "zero carbon impact" of course, refers to nuclear energy, a promising energy source that relies on nuclear fission reactions to create massive amounts of energy. Not too far from now, Dr. Holdren suspects, the United States will cut down on its carbon emissions almost entirely. "Natural gas is much better than coal and oil but it's not as good as renewables or nuclear energy when it comes to greenhouse gas emissions. It's a transition fuel and it's very valuable in that role, as the president has said," he said.

Besides being a large economic investment, nuclear energy presents many political and technical challenges. However, Dr. Holdren is confident that nuclear energy is forthcoming. "I believe all these challenges can be met, and that if we play our cards right, we can get a bigger contribution from nuclear energy in the future than we're getting now. But for now, we still do have to meet those challenges," Dr. Holdren said.

Dr. Holdren also cited several other scientific advances that the president hopes to delve into further. The president's recent BRAIN Initiative hopes to map the entire human brain. This information, as opposed to individual synapses and small clusters of neurons work, is highly promising and can provide breakthroughs in the treatment of various diseases.

Dr. Holdren advises President Obama on these scientific theories and drawbacks, so that the president can make informed policy decisions that impact the future of America. The NASA's photo gallery for the event captured a shot of SCO interviewing Dr. Holdren.

Appreciating the Earth from Outer Space

Another speaker, NASA astronaut Joe Acaba, was the first NASA astronaut of Puerto Rican descent. He has spent a total of 138 days in space, including a trip where he and his crew connected back to the Earth and spoke with President Obama from outer space.

In 2004, NASA Acaba applied to NASA, saying it was his shot to fulfill a childhood dream. "I was learning how to go back to school because you have to be able to absorb a lot of information and you don't want to fail because you have this great opportunity," Acaba said. 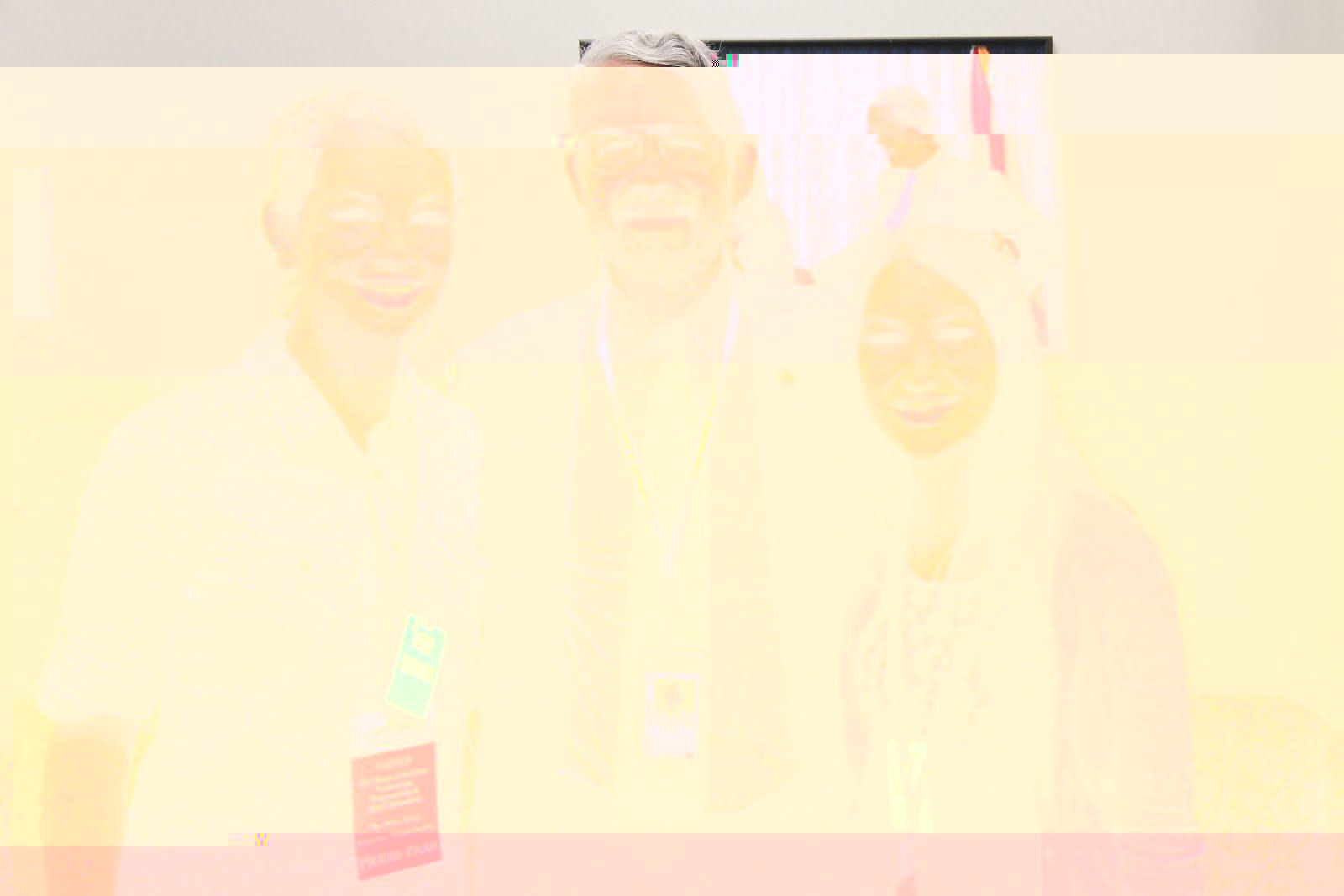 Acaba later advised students to act as he did, and take advantages of opportunities as they arise. "We cannot stress enough the importance of education," Acaba told students. "You gotta learn how to grab those opportunities when they come up. And today is one of those opportunities – to talk to this group of future astronauts today.

Acaba also emphasized the importance of STEM in the future and encouraged STEM students to diligently pursue their interests. "You gotta work hard. Like the president said last night, nothing worthwhile is easy, but just because it's not easy doesn't mean it can't be fun," he said. "When it comes to STEM…one thing we have to give you is hands-on activities that will challenge you," he said. "We need to give you opportunities that will challenge you."

Achieving his childhood ambition to feel microgravity and fly like the superheroes he had read about was one sense of accomplishment, but the larger accomplishment, Acaba said, was being able to appreciate the beauty of Earth, one that he had worked diligently to preserve earlier in his career. "Looking at the Earth is just incredible. What the earth looks like from space was pretty awesome.

SoSTEM also invites younger scientists to be guest speakers. On Tuesday, law student Tyrone Davis and inventor Joey Hudy sat with the First Lady at the State of the Union Address. Davis created a plan to reduce 200 tons of carbon emissions for his university.

Hudy, 16, of Arizona has high merits in innovation and is the youngest intern at the Intel Corporation. Last year, the Intel International Science and Engineering Fair grand prize winner Jack Andraka spoke at the event. However, Hudy is arguably most renowned for his creation of the pneumatic marshmallow cannon, which earned him a spot in the 2012 White House Science Fair, an initiative started by President Obama to celebrate the achievements of exceptional STEM students. "It was an amazing experience. I didn't expect President Obama to come to the doors at all, so that kind of caught me off guard," Hudy said.

Hudy has showcased many of his other projects at the various Maker Faires he has attended. He has created a 3x3x3 LED cube shield that is on the market, as well as a full body 3D scanner. Hudy explains that the 3D scanner works similar to a connect sensor in the XBOX Kinect. "You have a platform that spins around and you stand on that. And then you have a z-axis with a scanner called a prime sense scanner," he said. "What it does is it sends out a grid of different dots. It looks for displacement in those dots and then that's how it tells 3D data. It puts that into software which adds up all those frames together and creates a mesh from that."

Creative students who have a love for ingenuity and design, he and Davis could be mistaken for Blair students. Hudy advises students interested in STEM to take hands-on risks and actively seek support. "If you have an idea, just go and make it. There's a great community online that can help you out," Hudy said. As his motto goes, "Don't be BORED…MAKE something!"

Similarly, Dr. Holdren conveys the importance of STEM in the 21st century and beyond, underscoring that our STEM innovations, revolutions, and discoveries are fundamental and crucial to human existence. As Dr. Holdren advises, "Talk to your mentors about what they're doing that's interesting in the real world. Be sure to talk with your professors and your advisers about the interesting stuff that they're doing that really matters for the future of human condition."

The video coverage of SoSTEM can be found on the White House website here.