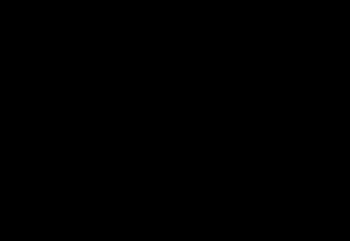 Photo: Pictured above is Washington, D.C. Mayor Adrian Fenty on a bicycle. D.C's recently implemented biking programs have proven to be successful.

Photo: Pictured above is Washington, D.C. Mayor Adrian Fenty on a bicycle. D.C's recently implemented biking programs have proven to be successful.

A recent post in the Maryland-National Park and Planning Commission's (M-NCPPC) blog The Straight Line discussed the possibility of developing bike networks throughout the county. Inspired by the success of increased bike-friendliness in Washington, D.C., the commission considers extending a similar initiative in the suburbs.

Without a doubt, bringing more bicycle networks to our area would be a smart move. While the county has multiple recreational bike trails, the majority of roads in Silver Spring are largely unaccommodating to bikers, who have to share road lanes with motorists, leading to not only a hazardous but also an irritating situation for both.

This problem would be much relieved with the development of more bike lanes, and if M-NCPPC were to pick up this project, it is likely that we would see changes along most main routes. "Montgomery has a planning tradition of extending District patterns into the county, primarily the major avenues like Georgia, Connecticut and Wisconsin, as well as the Rock Creek Park system," The Straight Line post read. While there are already several designated bike trails in the area, such as along Sligo Creek and Rock Creek Parkway, creating bike lanes to the major roads will help encourage biking not just as a hobby but as a means of daily transportation.

The benefits of biking are obvious; it is good for both one's health as well as the environment. Biking drastically reduces one's carbon footprint and a 15-minute bike ride to and from a destination five times a week burns off the equivalent of 11 pounds of fat a year, according to public bicycle rental company SmartBike.

Biking programs have gained a lot of hype across major European cities as well as Washington, D.C., but there is no reason they should not be as popular, if not more, in suburban communities such as our own. Adults are often encouraged to bike to and from work, but the same goes for students. Only a minority of Blazers are able to drive themselves around in car, and the ever-rising Metro fares make public transportation a less favorable option. Many seem to forget about the viability of biking to a school, the store or a friend's house, but the presence of more bike networks could help this issue.

Introducing a bike-friendly planning initiative to the county would be beneficial on multiple platforms. All ages can take advantage of this means of transportation that requires no purchase of gasoline or a pass. Silver Spring is no Barcelona, Paris or D.C., but bringing in more bikes will certainly help us advance as a community.