One Chips reporter discovers the ups and downs of eco-friendship

I stood in the dark recesses of my room one Thursday night struggling to hang on to the five light bulb packages in my arms as they began to slip. A crack, yelp and frustrated sigh later, my third bulb in only two weeks had broken as it hit the floor. So far, I had only changed five bulbs and about 20 more remained, mocking me.

"Earth Hour," during which people were encouraged to turn off their lights for an hour in the evening, took place last Saturday. Earth Day 2009 is approaching on April 22. With environmentalism and "green-friendliness" increasing, Blazers are starting to reduce their carbon footprints and live greener lives. 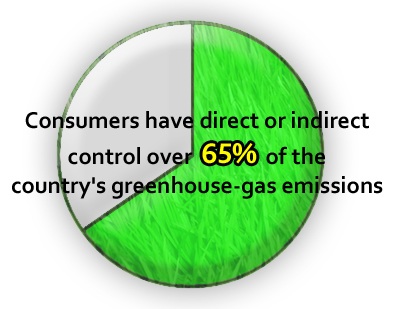 As part of a three-week effort to "go green," I had decided to change all of the light bulbs in my house to compact fluorescent light bulbs (CFLs), which use about 75 percent less energy and last 10 times longer than conventional bulbs, according to the U.S. Department of Energy. Sounds great on paper, I thought, since loads of experts recommend the switch, hailing it as easy and relatively cheap.Just a week in, I was frustrated and my parents had lost patience. CFL bulbs flicker before turning on and once they do, produce a dim hospital-esque glare that my father found annoying. Exasperated, I prayed that the other steps in my quest for green-ness would be easier, or at least less aggravating.

Sorting through the barrage of eco-friendly tips available online for the past few weeks has been a daunting adventure, to say the least. Some steps along the path, like hanging my clothes out on a line to dry instead of blasting the dryer, were relatively easy once I got over my longing for the fabulous scent of Bounce and my fear of the weird wrinkles that seemed to develop in my jeans. Others, like trying to find organic, local ingredients in the middle of winter, made me want to pull a Hulk - green-style.

One of the most lauded steps on The Daily Green's "Top 10 Idiot-Proof Eco-Tips" list suggested unplugging electrical appliances when not in use. These days, many gadgets require energy to run even when we are not technically using them, drawing standby power to keep digital displays glowing and tiny lights flickering, leading to the so-called "energy vampire effect." The green solution is to yank the plugs when unused.

But for a baggy-eyed teenager, spending 20 minutes unplugging appliances every night before bed can become an unbearable chore. Pulling the cord on the TV was fine at first, until my mom freaked out and called a repairman when she couldn't turn it on to watch "American Idol" (go Anoop!). Other plugs were hidden behind the sharp edges of imported furniture (we could probably calculate the amount of carbon dioxide emitted by the furniture's airplane trip over here) that induced a fair share of bumps and bruises on my knees. 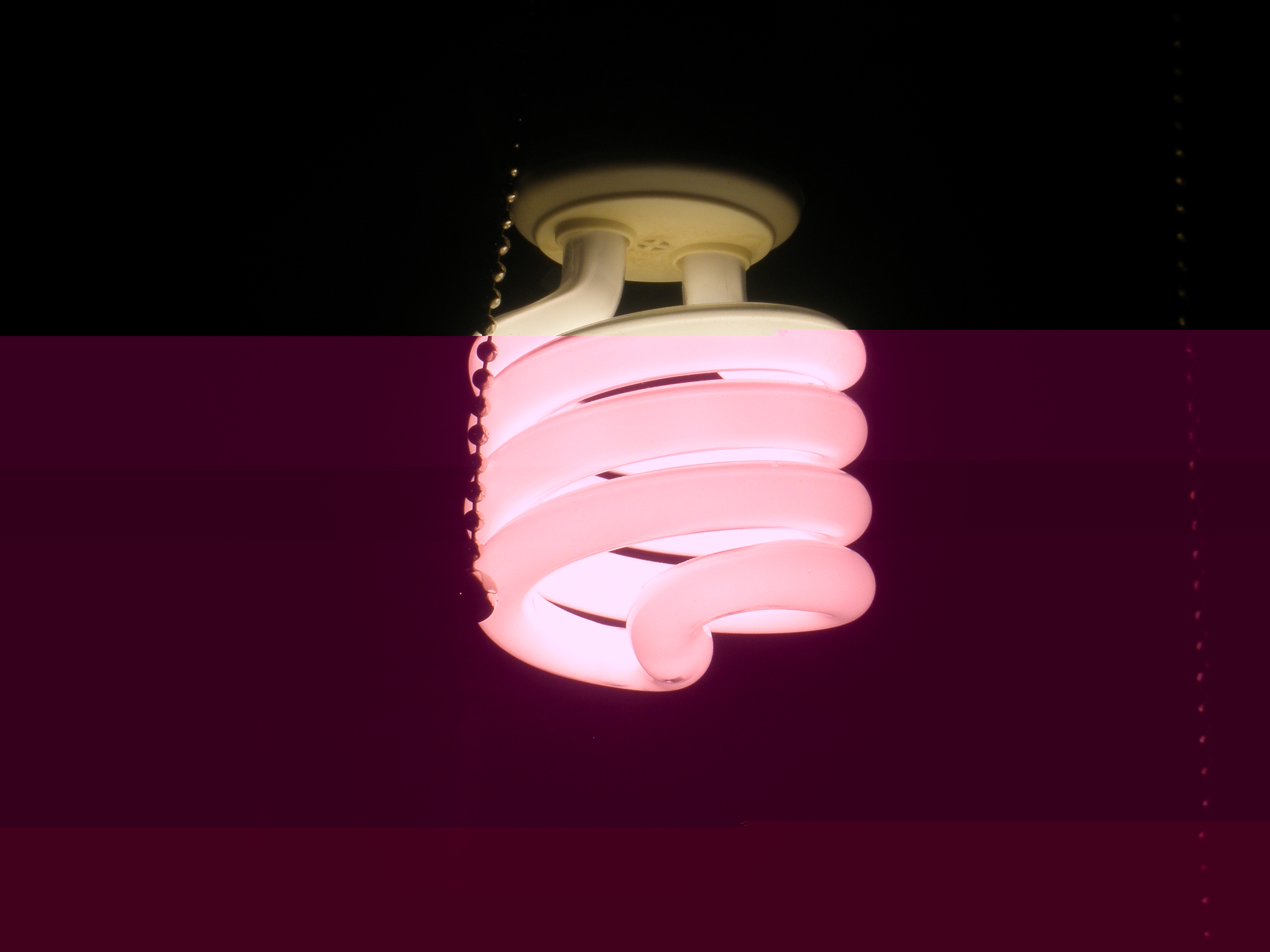 And even though I was determined to do my part in my environmental crusade, it was my parents who reminded me daily to unplug my hair dryer and cell phone charger while flaunting that they had been telling me to turn off the lights for years.

Junior Nellie Garlow, an avid environmentalist, says saving electricity is as natural as walking for her family. "We basically do everything green at my house," she says. "It does add up and can reduce U.S. [carbon] emissions." Garlow has essentially been raised to turn off every light in her house since her father works for the Environmental Protection Agency (EPA); I, on the other hand, needed constant cues to flip those switches.

Even though the process initially seemed overwhelming, Brian Clark Howard, Home and Eco-Tips Editor for The Daily Green, explains that people do not have to approach the green movement in extremes as I tried to do. "The key to not getting 'green fatigue' is to treat it like an evolving and fun process," he says. "Almost all change starts at the level of the individual, and consumers are at the vanguard of everything in America. Some criticize this approach as being too incremental…but we've discovered that it can be quite effective."

By far the easiest and most satisfying step in my green adventure was cutting down on my family's paper consumption. Call me old-fashioned, but I am more into saving a tree than unplugging my digital alarm clock. One of my very first actions was to teach my parents how to print double-sided. It is really not that hard to do, but most of us still print only on one side of the page. The U.S. alone uses four million tons of copy paper annually, about 27 pounds per person, according to The Daily Green. After the switch, I was supremely satisfied to see that my stack of recycled printer paper was not running low quite as fast.

It turns out that there are even cooler ways to save paper in almost every aspect of our daily lives. The Daily Green explains that Americans can reduce their paper usage by paying bills online and even registering online at the Direct Marketing Association web site to stop receiving 75 percent of unsolicited mail for a $1 fee. Our family started doing both, and while it takes about 90 days for the junk mail to stop, we have learned that these may not be lifestyle-altering switches, but they make a huge difference. 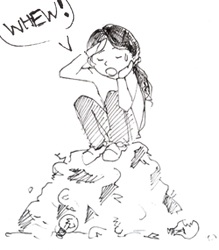 And often, the solutions can be this cheap. Howard explains that The Daily Green provides a "Green Cheapskate" column that saves consumers money while helping the environment. "The time and money commitment to going green is totally variable, depending on your own interests and needs," he says. "Every person is different, and everyone needs to find what works for them. Once people change one or two things to go greener, we find that they see the impact they can have in terms of helping the planet, saving money and living more rich, fulfilled lives."

Easy, cheap and effective, I thought. That is the way going green should be.

Unfortunately, it is not always so straightforward. While it would be easy to assume that individual efforts are just a drop in our steadily warming oceans, the reality is that we cannot step back and simply let the Obama administration magically solve global warming.

After all, my efforts prove that one teenager - even one who slips up on the best of commitments and whines about, well, everything - can make a difference. Three weeks ago, I personally contributed 22 tons of CO2 equivalent to the atmosphere while my household produced 110 tons, according to a carbon footprint calculator on The Nature Conservancy web site. Now, I am proud to say that I have decreased my personal production to 17 tons and my family's to 85 tons. Granted, these measures are only rough gauges based on information like the size of your home, how much you recycle and how many flights you take per year, but it shows that my efforts, and the efforts of an environmentally aware America, will reduce our collective carbon footprint.

Going green is not as idiot-proof as the experts say, but the planet cannot be saved without it. Despite the scraped knees and bumped elbows, I helped the polar bears and lived to spread the gospel.


Deepa Chellappa. The high point of Deepa's life thus far occurred when she waved to Mickey Mouse at a Disney World parade and he blew her a kiss in return. Needless to say, she hates Minnie with a passion. In her free time, Deepa can be found … More »