Rows of incandescent light bulbs, sparkling glass mirrors, a flurry of camera flashes and of course, some of the most beautiful people in the world. Just another typical fashion show, except this time, you won't see stiletto heels, Prada dresses or designer bags. 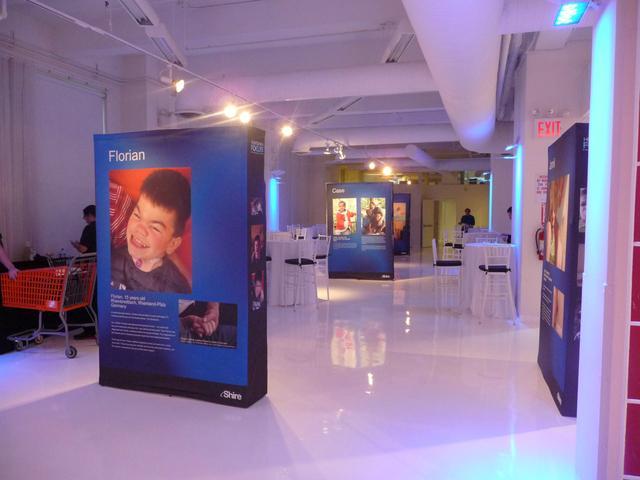 On Oct. 26, fashion photographer Rick Guidotti held a photography exhibit "Hunter in Focus," in New York City. The nine featured models in the exhibition were not high-end professional models, but instead, young people suffering from Hunter's syndrome, a rare genetic condition that impacts the brain and facial features.

Guidotti photographed for brand names such as L'Oreal and Elle for 15 years before deciding to take his aesthetic sense of beauty to a whole different level. He founded the non-profit organization, Positive Exposure, by traveling around the world photographing people with genetic modifications and capturing their spirit. Guidotti's novel idea impacts everyone in the community; the photographed models have a chance to self-express their publically-suppressed beauty while informing the public about their strength to overcome their day-to-day challenges.

Guidotti hopes to use art as a means to alter the misconceived public perception of people with genetic and physical differences. More often than not, the media disconnects people with genetic conditions from the world and portrays them as having serious medical impediments. The media often tries to gain sympathy for these individuals by highlighting the longevity of their syndromes and their lack of treatment options.

By creating Positive Exposure and holding exhibits such as "Hunter in Focus," Guidotti is breaking these long-held stereotypes. This exhibit is the first global photography exhibit to expose the story behind the young people with genetic modifications and their remarkable and empowering ability to endure the syndrome. Guidotti sees the models he photographs as more than just patients of an incurable disease; he sees them as human beings with a hidden story of endurance longing to be shared with the world.

At the same time, the photo shoots give the young people a new surge of self-confidence and security. In an interview with Huffington Post, Guidotti describes his first model Christina, who entered the photography studio shying away from the cameras, uncomfortable with her appearance. By the end of the shoot, however, Guidotti's encouragement helped Christina to revitalize her self-confidence and break free of society's limited expectations of her.

More media should follow Guidotti's example and work towards reforming the public's take on people who look different. Rather than associating genetic differences with unfortunate diseases, the media should highlight the positive aspects of these conditions, such as the unfaltering strength that these people display in their day to day lives.