The past few weekends, young celebrities and socialites took over Twitter and Instagram with Coachella tweets and pictures, putting everyone in the mood for summer concerts.

While many teenagers longed to be in front of those outdoor stages, singing along to Phoenix, most were stuck indoors counting down to upcoming events like Warped Tour or WMZQ Fest.

"What to wear?" is one of the first questions that come to mind, at least for girls. Concerts are a time to wear outfits that would not always fly at a family dinner or day out. Many girls (and guys) took chances at Coachella last week, here are a few: 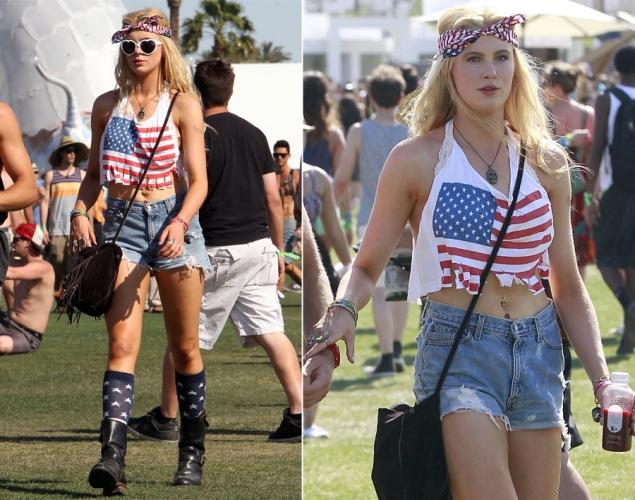 Photo: Baldwin showed off her American pride at Coachella.

Photo: Baldwin showed off her American pride at Coachella.

Ireland Baldwin, the model daughter of actor Alec Baldwin, showed plenty of American pride (and skin) in her tank top and high waisted shorts ensemble. Considering that she is 6'2 and extremely statuesque, it was not hard for her to pull off. But if a Blair student wanted to wear a look like Baldwin's to a concert, the fringed USA top could totally work. It's not every day that you can get away with a top like that. For shorts, any shade of blue or denim would work but you can do without the socks unless you're feeling particularly patriotic that day.

Another great element of this outfit is the bandana. It makes a fun and summery headband so definitely considering adding one to your collection. Of course, the American flag style is not a must but you'll be different and daring if you decide to wear it and you can wear it again on the Fourth of July. Two birds, one stone. 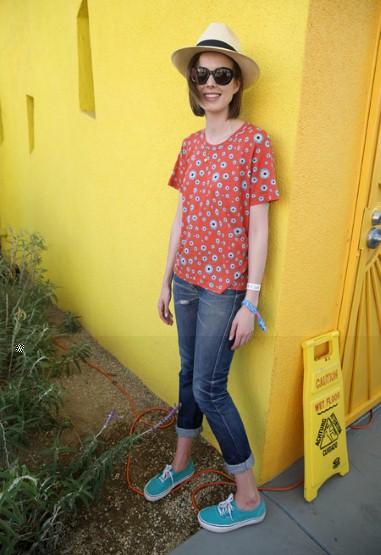 Photo: Model Agyness Deyn showed off her youthful side at Coachella.

Photo: Model Agyness Deyn showed off her youthful side at Coachella.

Pastel tones aren't solely a spring trend. In fact, they look just a good (or even better) in the summer because they flow so well with denim shorts. Or you could go more like Dehn: wear cropped boyfriend jeans and then make it more feminine with a nice, loose blouse to keep cool in the heat.

Deyn's outfit was basically perfect and the best part was definitely her fedora which looked effortless. Sometimes it's a little much to do a dress, gladiators and a fedora which is a look that a lot of girls instantly go to for concerts. Dressing it down a little can show more creativity and once again, effortlessness.

Coachella was the first big "summer" concert event of 2013 and showcased a lot of great music and outfit ideas. Whether you chose to get patriotic like Baldwin and channel your inner youth like Deyn, just make sure you feel comfortable in whatever you have on at your next concert.

There are 92 days of summer which means you have 92 different outfits to pick out. Choose wisely and have fun.