With the 2012 President Election just two weeks away, many people have been paying close attention to President Barack Obama and Governor Mitt Romney's every move. While I have still been keeping up with the debates and speeches between these two men, something else has caught my eye (and has for the past four years): Michelle Obama's amazing sense of style. Mrs. Obama has consistently impressed fashion-lovers and certainly gave off a vibe with her outfits that exude confidence. Her outfits have especially been the center of attention for the presidential debates this month, and it is obvious why. 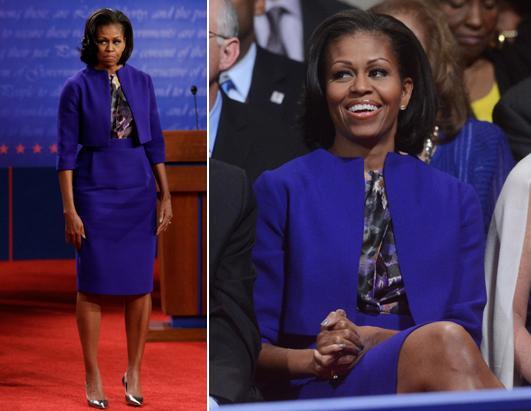 Photo: Michelle Obama wearing an Indigo Preen dress that did not please the crowd

Photo: Michelle Obama wearing an Indigo Preen dress that did not please the crowd Photo courtesy of AP.

First presidential debate
The first lady graced the floor with a vibrant Indigo Preen dress and matching shrunken jacket from the Preen Fall 2011 collection. The outfit was paired with subtle diamond studs and natural makeup. Although the color looked amazing on Mrs. Obama's skin, the overall fit of the dress did not suit her basically perfect athletic figure. The shrunken jacket and high-waisted fit of the dress did not pair well and gave her an overall unflattering boxy-shape. However, the choice of color was absolutely perfect. 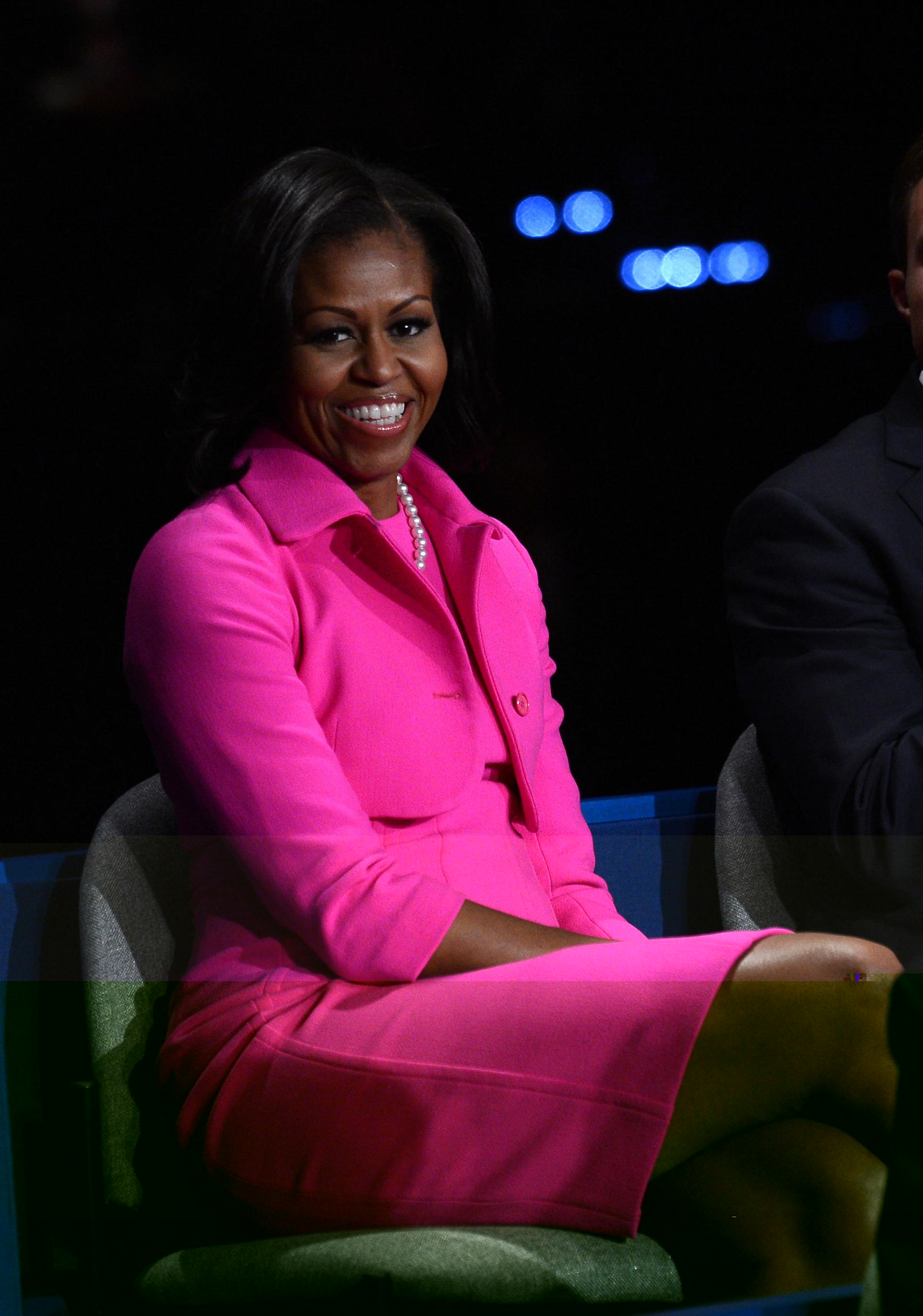 Photo: Obama was thinkin' pink at the second presidential debate.

Second presidential debate
Mrs. Obama was thinkin' pink for the second debate. She wore a fuchsia Michael Kors dress with a matching cropped jacket accompanied by a medium sized pearl necklace. The bright pink certainly caught attention and really made her skin glow. The shrunken jacket paired with this body-hugging dress was perfect; it was professional but still allowed Obama to show off a little. The pearls added to the outfit and stood out against the pink, and as usual, Obama's face was glowing. 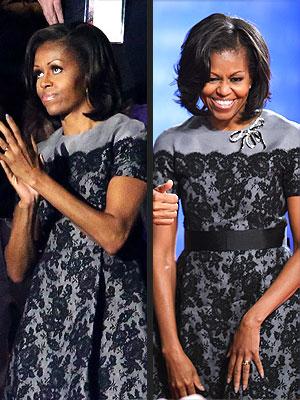 Photo: Obama saves the best for last in this stunning Thom Browne dress.

Third presidential debate
Obama saved the best for last as she graced the debate in a gray and black lace-detailed Thom Browne dress that was actually worn a month ago at the Democratic National Convention. For this outfit, second time's a charm as the First Lady looked nothing but stunning at the final debate. She stepped it up in her final round and added a large crystal bow pin that allowed her whole face to shine and a black belt that finely trimmed her waist. Although some were appalled that the Lady would recycle the dress so soon, the designer himself tweeted "Honored to see First Lady Michelle Obama wearing our Spring 2013 dress at the final presidential debate."

Obviously the election is not at all about the clothes, but if you're going to be on national television trying to persuade viewers to vote for your husband, it may be a good idea to strut your finest stuff to attract viewers. As the First Lady continues to lead with her chic outfits, let us know what your favorite looks of hers are in the comment section below!