Okay, so Kim Kardashian isn't blind, but based on her recent outfit choices it is easy to believe so. The reality TV star announced her pregnancy in December and has been showing off baby Kimye by wearing the most unflattering outfits, probably hand picked by her baby daddy Kanye West. While Kardashian and West are known for, let's say, interesting fashion choices, West's influence on Kardashian has caused her to lose praise from some of her most beloved fans (including myself) and be known as World's Least Comfortable Pregnant Woman. 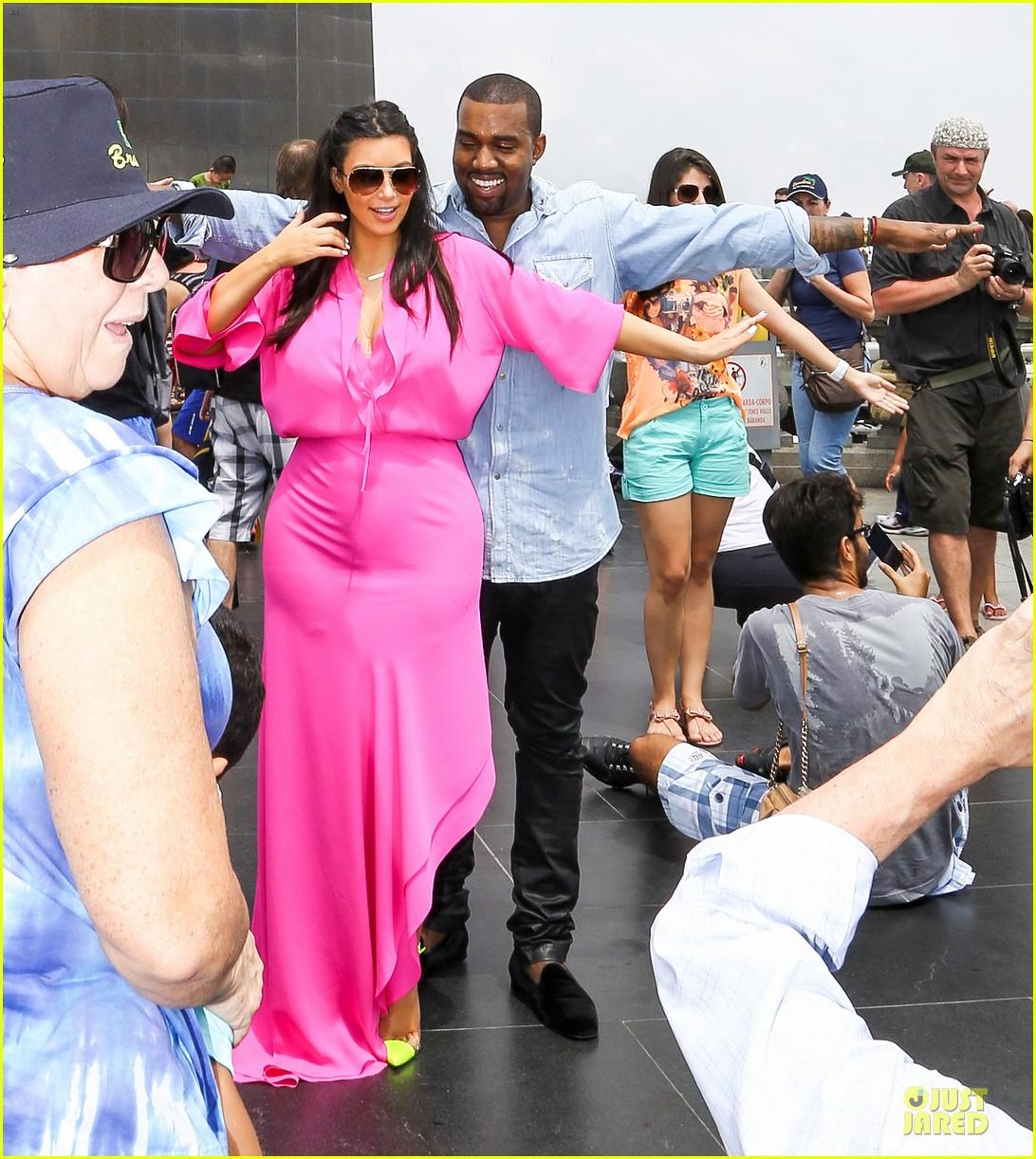 Too close for comfort
Kardashian is mainly known for her voluptuous curves and basically perfect figure which, as expected, blew up the moment she got pregnant. While the amount of people calling her "fat" is alarming due to the fact that she is pregnant and weight gain is inevitable, wearing a tight, body-hugging pink dress doesn't exactly justify her weight gain. Either she wants to show the world that she is comfortable with being pregnant and loves her new body, or she is delusional and wants to scar the vision of people all over the world with her excessive amount of junk in the trunk. This dress could have been saved for a time when she was, oh I don't know, not expecting, and she definitely could have traded it in for a loose flowing maxi dress that brought the attention to her face rather than body. Either way you look at it, this dress looked horrifying on pregnant Kim. 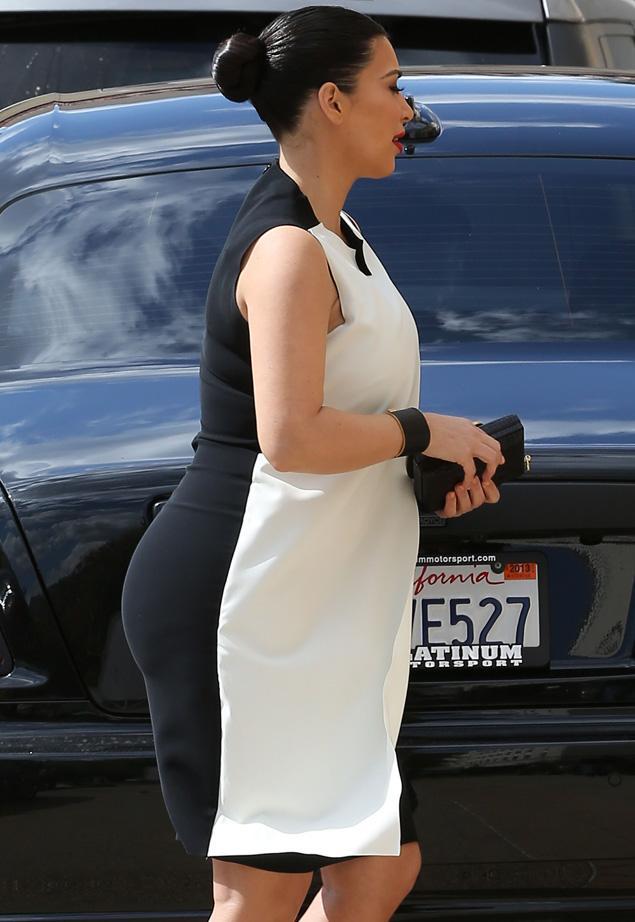 Shamu's twin
No one really wakes up in the morning and aims to look like a whale, but sometimes, it just happens. Kardashian stepped out in a white and black dress that hugged her behind and flowed a little loosely in the front. The front of this dress was draped with a white fabric, which highlighted how large her stomach looked. Once again, we expect Kardashian to look larger than normal, but wearing a dress that is completely white in the front is something that Kim Kardashian circa 2009 could pull off, not present-day Kim Kardashian. While the back of the dress was black and would be expected to give a slimming effect, it had the opposite on Kardashian and highlighted unsightly bulges. Kim really is not winning in this outfit.

Leave some air to breathe 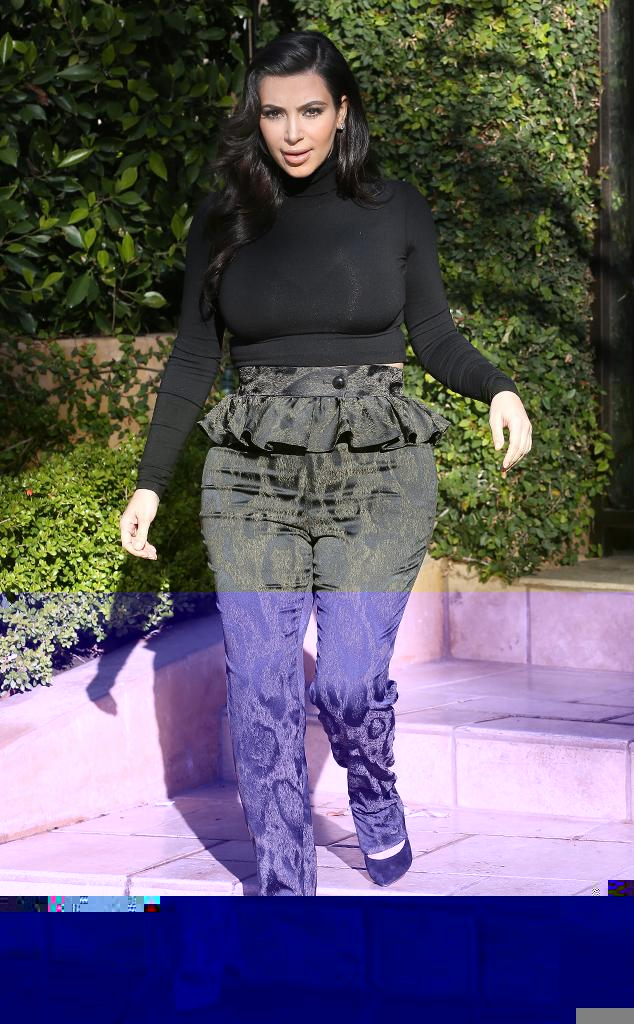 There is no other word to describe this outfit than "unflattering." A noticeably pregnant Kardashian wore a super tight black long-sleeved turtleneck paired with high-waisted peplum, I repeat peplum, pants and her signature triangle-toe heels. While there are endless problems with this outfit, the first has to be that she barely looks like she can breathe. The "peplum" part of the pants started about two inches under her chest, which caused her stomach to bulge out from the sides. The pants themselves could have been justified if they were skinny jeans, but the boot-cut for these pants paired with high heels made me question where exactly Kim went wrong. Honestly, the button on her pants looks like its trying its best, but some things were just not meant to be...like this outfit on a pregnant woman.

Pregnancy is an absolutely beautiful period of time where women should feel comfortable with their body. In none of these pictures does Kardashian look comfortable in her body, but maybe if she stopped trying to dress like West and instead went back to her own style, she would come up with some slightly less horrific outfits. I am ecstatic for her baby to come into the world, not only because Kardashian has expressed her desire to be a mother for a long time now, but also because I have faith in Kardashian making a fashion comeback.