The Daily Mail just announced that 108.4 million people watched the Super Bowl this year. Although many aspects of the game were exciting, including the 34-minute power outage, everyone knows that the real reason so many people tuned in is Beyoncé and her halftime show. However, not all viewers were particularly pleased with her performance, including animal-rights group People for the Ethical Treatment of Animals (PETA), which recently criticized her due to the bodysuit in which she gave her "bootylicious" performance. 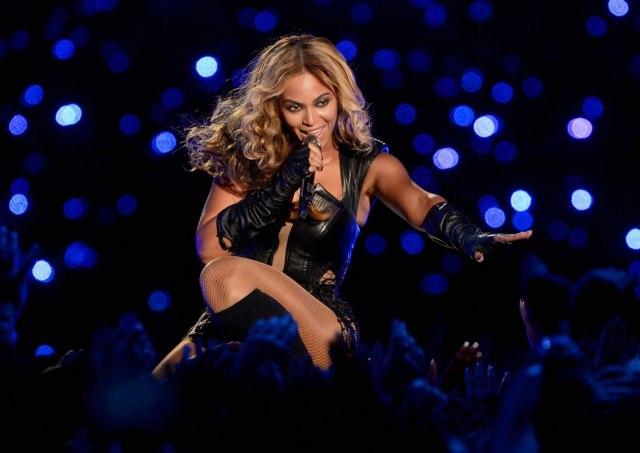 Photo: For her Super Bowl halftime show performance, Beyonce wore a bodysuit made of iguana and python skin, which People for the Ethical Treatment of Animals (PETA) later criticized.

For her Super Bowl halftime show performance, Beyonce wore a bodysuit made of iguana and python skin, which People for the Ethical Treatment of Animals (PETA) later criticized. Photo courtesy of Vanity Fair.

The leather and lace suit and cropped leather biker jacket, which New York designer Rubin Singer created specifically for the show, consisted of iguana and python skin. Unsurprisingly, PETA disapproved. They released a statement saying, "We would take a bet that if Beyoncé watched our video exposés, she'd probably not want to be seen again in anything made of snakes, lizards, rabbits or other animals who died painfully. Today's fashions are trending toward humane vegan options, and Beyoncé's Super Bowl outfit missed the mark on that score." PETA was justified in their disapproval, especially because Queen Bey's powerful position as Super Bowl performer allowed her a chance to correct her previous grievances against the fur industry.

PETA first confronted Beyoncé back in 2006 for wearing fur and using it in her fashion line, according to the Examiner. More recently, the animal-advocacy organization Friends of Animals criticized Beyoncé's decision to wear a three-quarter-length Christian Dior mink coat to the presidential inauguration, where she sang the national anthem. They asked her in an open letter to discontinue wearing fur. "Opulent, elegant, but most of all conscientious alternatives to fur abound, and to commit to ethical fashion statements would educate your fans in a meaningful way. You have the power to turn your message around," the letter said. However, she has continued to disregard the sources of her clothing, as exemplified at the Super Bowl halftime show.

Although Beyoncé's fierce performance trumped many of the most recent Super Bowl performances, she could have been more considerate in choosing her outfit. It would have been easy to use faux leather or a completely different material altogether for her suit. As one of the most popular artists today, it is crucial that Beyoncé recognize her status as a role model and dress in an animal-friendly manner.