While many were mourning after Superstorm Sandy hit, Vogue was having a photo shoot. In Vogue's February issue, there is a spread titled "Storm Troupers," which offends many people. The spread showcases models in fancy dresses posing with individuals from organizations that helped with Hurricane Sandy relief in New York City. 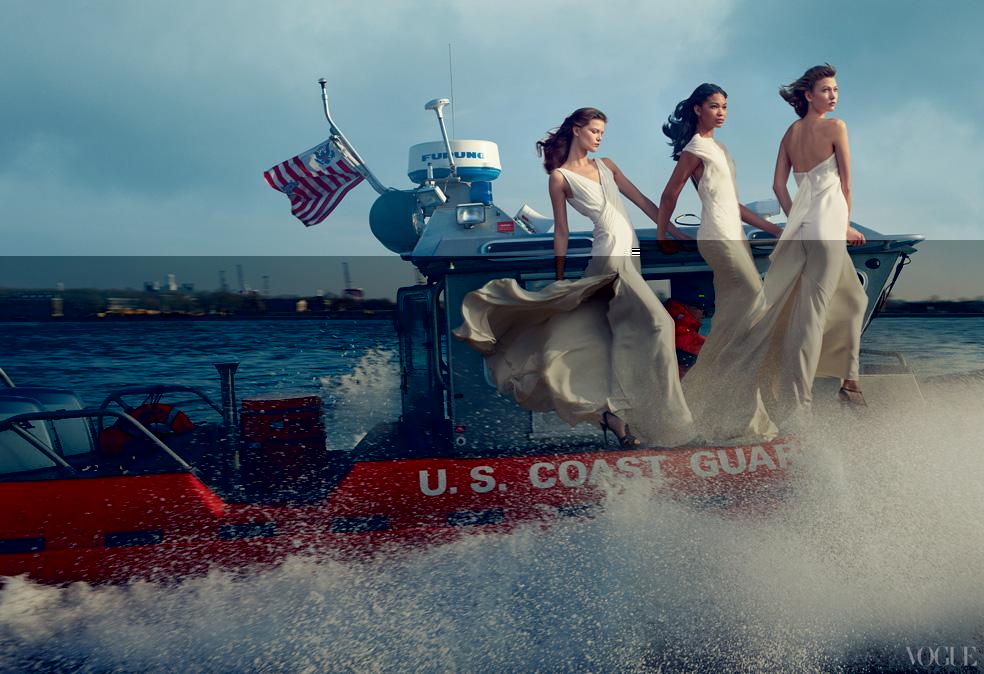 According the Vogue Senior Editor Corey Seymour, the spread aimed to celebrate the various people and organizations that helped with all the hurricane damage in New York City. What actually happened was a photo shoot with Vogue models wearing fancy dresses and the gallants who helped with the relief. This spread was unnecessary and quite frankly, offensive.

The spread features members of the Coast Guard and National Guard , doctors, the New York Police Department (NYPD) , the New York City Fire Department (FDNY) and generating stations. In each photo there are workers from each organization and models wearing expensive, extravagant dresses.

Praising the relief workers would be one thing, but taking photos with models wearing $3,000 dresses does nothing to help the cause. Instead of the photo shoots, there could have been interviews with individuals who helped the city with the damage. Interviews with the relief workers would enable readers to appreciate the work done by those individuals. Photos of the helpers are irrelevant and do not praise those who facilitated in the storm.

If Vogue was trying to thank those who assisted with the storm recovery in the city, they failed miserably. The models steal the attention from the actual do-gooders, making the whole spread irrelevant. This spread does nothing to make us appreciate those who helped with disaster relief, and it should be gotten rid of completely.

As more readers discover Vogue's Superstorm Sandy spread, they are bound to get angry. Glorifying those who spent their time helping after the storm hit is a great idea and they deserve to be acknowledged – Vogue just did not succeed in doing that.