The Round House Theatre Teen Performance Company produced a riveting and extremely topical performance of "Good Kids" by Naomi Iizuka for the annual Sarah Metzger Memorial Play. The small cast and crew, seven of whom are Blair students, produced a play about serious events and executed the fast-flowing script. 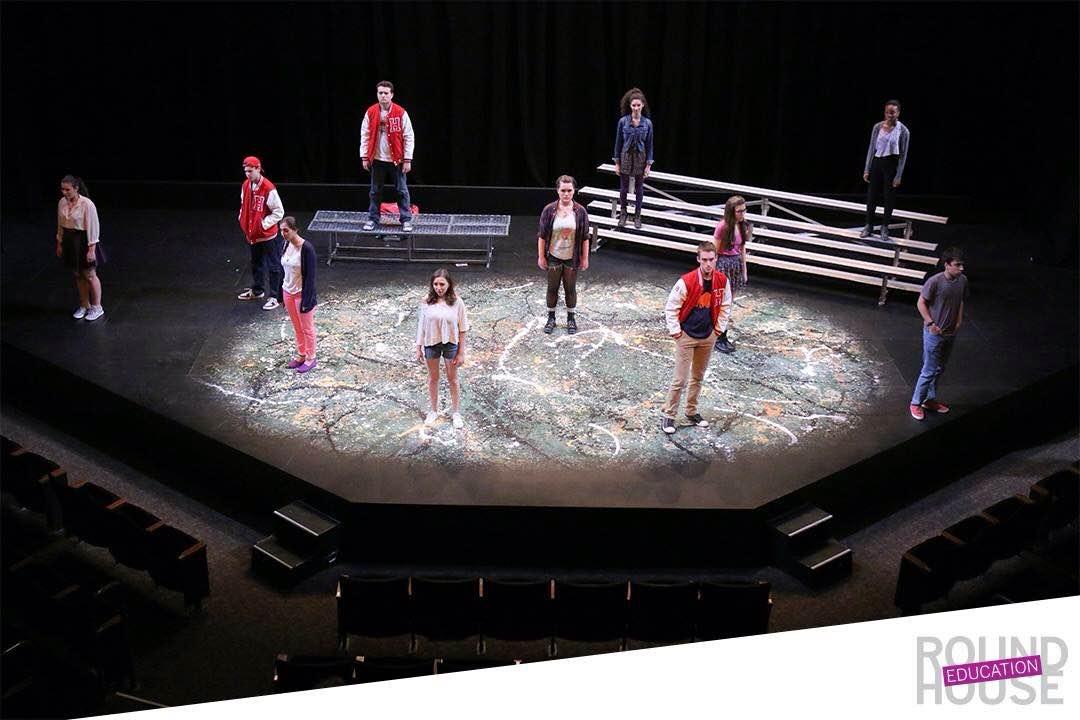 Photo: The open set made many scenes seem like discussions.

Photo: The open set made many scenes seem like discussions.

The play memorializes the death of Sarah Metzger, an actress involved at Round House. It is put on each year by the Teen Performance Company at the Round House Theatre. This is the 14th performance of the memorial play.

The performance was all student-run from the directing to the managing and from the designing to the researching. With a relatively small stage and a bland set of merely a bleacher and some benches, the actors and the lighting shined brightly, capable of showing their acting skills they have rehearsed for the last seven months against the sparse backdrop. Costumes were relatively simple, just casual teenage party clothes, highlighted by the main female character's scandalous attire. The music was barely there, only during party scenes, and served as another element to the setting. Its quietness was necessary so the audience focused instead on the spoken content of the actors.

Set in the small football town of Steubenville, Ohio, the plot moves fast and gives many different perspectives of the Steubenville High School rape case. When Chloe (B-CC junior Carly Sturm), a girl from another high school, comes to the Friday night party dressed as she wants, she is unafraid to speak her mind about her clothing choices and her drinking. Also at the party are the jocks from the football team (juniors Lucas Craig and Derek Lamb, sophomore Cole Greenberg, B-CC senior Nate Fellner). Come morning, Chloe is incapable of remembering the events of the previous night, waking up in the house of a boy she does not know after being raped.

Told from the perspective of a hacker in a wheelchair (junior Willa Murphy), the plot is wound and rewound forward and backward to present the different views and perceptions of many of the characters. This plot feature adds an element of mystery that looms over the show, leaving the audience with many of the details, but keeping many from them until the very end.

While the performance comments on the lack of privacy from social media, it also gives conflicting perspectives on rape, popularity, underage drinking, and doing the right thing. Dramaturg Ben Beriss was in charge of the subject matter and research for the show, and one of his goals was to incite conversation that may be controversial about some, if not all, of the topics presented in the show. "[When] kids have access to alcohol and independence, the situation can get dangerous. This is one of the first things I've seen that actually addresses the high school aspect. I hope a discussion comes out of it and prompts changes to be made," said Beriss. 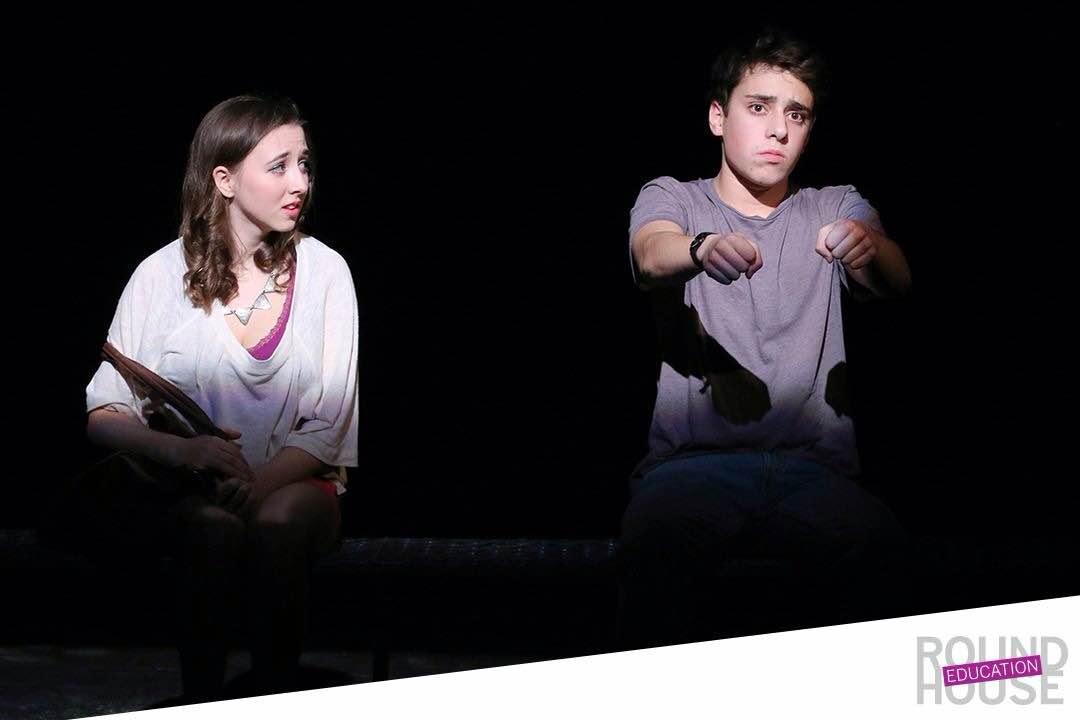 Photo: With few props, the actors in "Good Kids" shine.

Photo: With few props, the actors in "Good Kids" shine.

Murphy shone as Deirdre, wheeling around the stage gracefully and adding many elements of comedy to the otherwise serious commentary she made as the character who seemed to be the voice of reason. The emotion displayed by Sturm, whether it be as a drunk, wild girl or a teenager who has just woken up in a house she had never seen before, was as if she had actually been in that place. The scenes often included short lines that took the audience's attention from one side of the stage to the other, but flowed so smoothly from character to character.

The quick, one-word replies that jumped from character to character about one controversial topic after another made for an uncomfortable conversation about social media, sexual assault, and gender roles, but a conversation that was meant to lead to more public discussion. A serious play about current events with necessary elements of comedy put on by fantastic actors makes "Good Kids" a great show the night of, and a conversational piece for years to come.