A Blair hockey player number "9" speeds across the rink, swerves around the opposing team's defenders, and fires the puck into the back of the net for a goal. As the puck zooms in, there are high fives all around before the team continues playing. Face concealed by the bulky hockey mask and a strong performance on the ice, this hockey player fits right in. The casual observer might not even realize that the player is sophomore Mollie Dalbey, the only girl on the Blair ice hockey team. 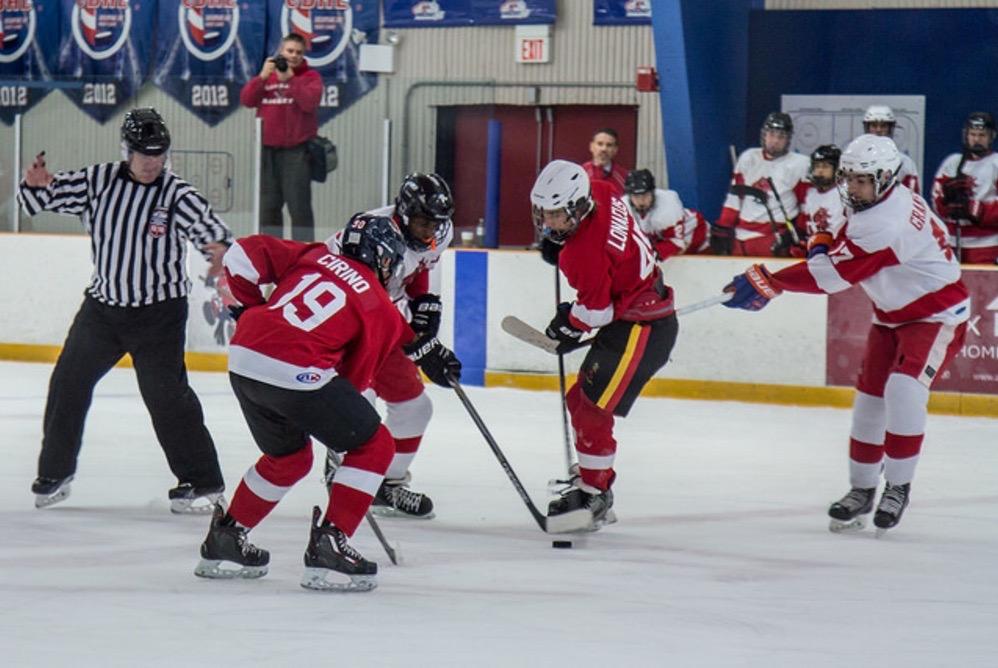 Dalbey began playing ice hockey in first grade, encouraged by her father who played hockey as a kid and her older brother Noah Dalbey, a senior, who also currently plays on the school team. During her freshman year, she played for the Washington Pride, an AAA-level all-girls club hockey team. This season, however, she decided that she wanted play for Blair's co-ed hockey team, which is actually comprised of players from five different schools including Blair. A major reason for Dalbey's switch, suggests Blair ice hockey coach Nate Richmond, was getting "a chance to play on the same team as her brother."

The transition from playing against girls to playing against boys was not without its struggles; Dalbey had to adapt quickly to the differences in her opponents. Most notably, the majority of the players she faces are much larger than she is. "I'm smaller than most people, but you get used to it, and find ways to be successful," she says.

Although Dalbey is the only girl on Blair's hockey team, girls playing sports on otherwise male teams isn't new. According to Dalbey, several other girls play ice hockey and other sports on co-ed teams throughout the county, and other girls have played for Blair ice hockey in the past. Shelby Osborne, a female football player from Indiana, earned a scholarship to play for Campbellsville University. Helen Maroulis, an alumna of Magruder High School in Rockville, placed sixth in high school at the state wrestling tournament competing against boys, before going on to win an Olympic gold medal in women's wrestling.

Even though other female athletes have already set the precedent for playing on boy's teams, the social aspect of being the only girl on a sports team can be a challenge. Osborne says that when she began playing football some players did not want her on the team. According to Osborne, as she proved her toughness, she "started to earn their respect." 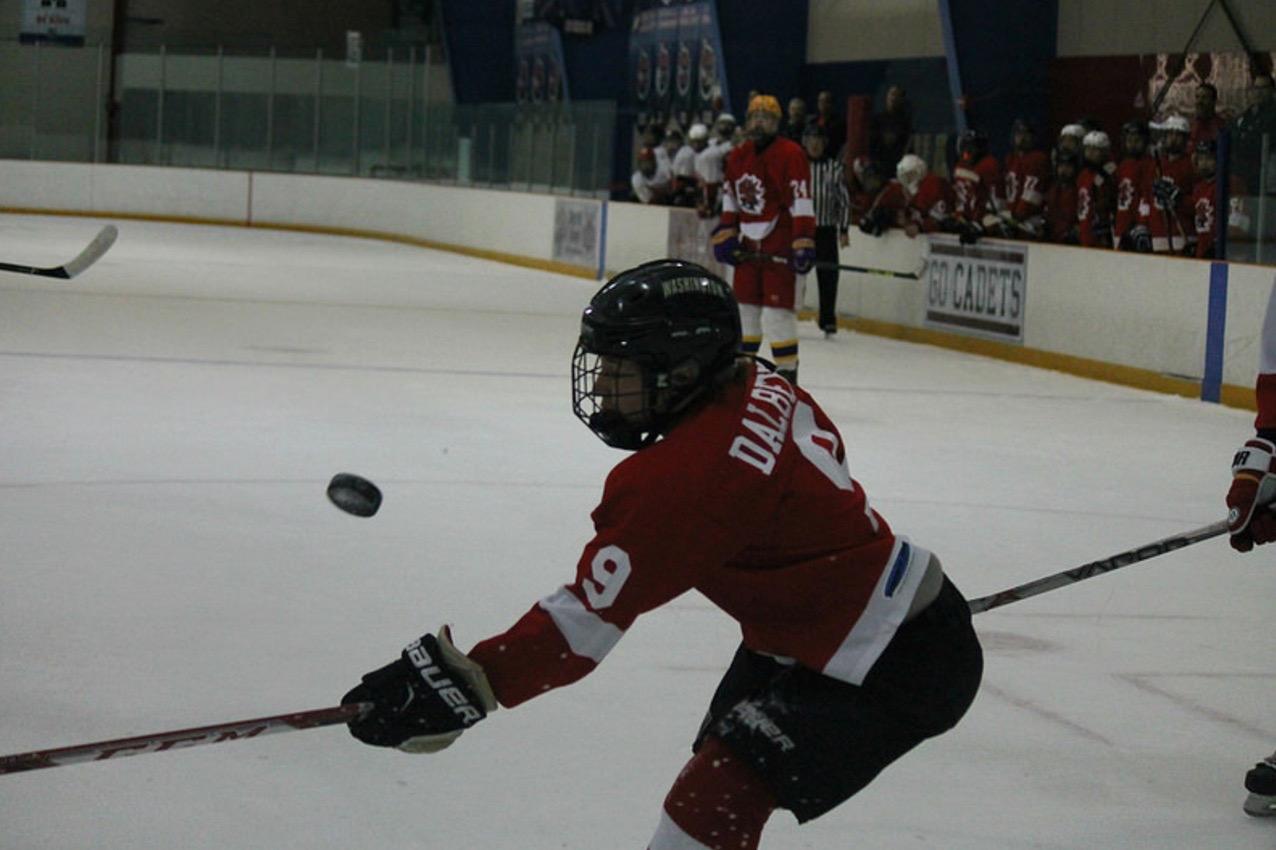 Photo: Mollie Dalbey hits the puck while playing offense for the Blazers.

Richmond agrees that there can be some social difficulties for girls playing on sports teams with only boys. "There are definitely challenges in youth hockey from players who think girls should only play for girls' teams and boys for boys' teams," he says.

Luckily, Dalbey has not faced such issues as a member of Blair's ice hockey team. "It's intimidating for girls to join," she admits, but the team is, "very accepting and other girls should join."

Dalbey downplays the fact that she is the only girl on Blair's hockey team; she views herself not as a female hockey player but as a hockey player. Her teammates and coach feel similarly, considering her to be just another contributor to a common goal: winning hockey games.

Dalbey and the Blair ice hockey team have been enjoying a successful season, recently earning a 5-2 win over Bethesda Chevy-Chase High School. Dalbey has been playing center for the Blazers and scored a goal in a game against Quince Orchard High School. Blair looks forward to maintaining its solid start, with Dalbey helping to lead the charge. As the season progresses, she continues to show that an athlete is defined not by their gender but by their skill and determination.