"Skyfall": James Bond is back

Skyfall is the best of the three James Bond movies so far in the Daniel Craig era.

Agent 007 is back in action, this time with the reputation of MI6 at stake. Directed by Sam Mendes, "Skyfall" is one of the best James Bond films to date, with high octane motor chases, witty dialogue and a very satisfying plot twist that will excite most fans.

Miraculously, Bond is all right and is partying on some island far away from MI6 headquarters. Bond is quickly bored with his life in paradise, however, as when he learns that MI6 has been bombed, he is ready to roll. Although he has lost a spring in his step, M sends out Bond to get to the bottom of the MI6 bombing. Bond sets out on his task, this time with M's reputation on the line. M is asked to resign early in the film because of her poor handling of a hard drive containing the names of every NATO spy in terrorist organizations all around the world. The stubborn M refuses to leave the organization in such bad shape and vows to redeem herself. 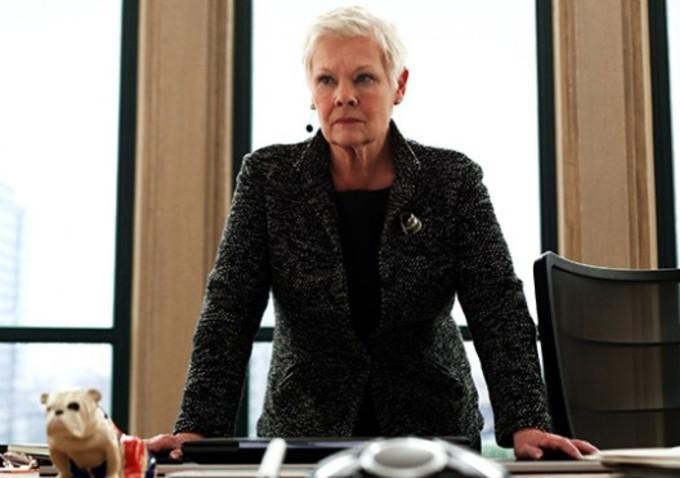 Photo: Judi Dench, who played M in "Skyfall", was crucial to the success of the film.

Photo: Judi Dench, who played M in "Skyfall", was crucial to the success of the film.

Bond seems off his game at first, looking like it would have been better for him to just stayed out on the island. This "Bond is too old" theme has to ring a bell in the heads of viewers who have also seen "The Dark Knight Rises." Much like Batman, Bond eventually puts it together and resembles the sturdy hero that brought him fame. Although "Skyfall" has a better plot than the last two Bonds combined, we do not learn about the villain, Raoul Silva (Javier Bardem) until very late into the film. Mendes should have gotten the audience acquainted with Bond's adversary much earlier in the movie, but Bardem's character still works out very well. When we finally get to see Silva, the plot takes a sudden twist in a very exciting direction, a twist that was lacking in the last two James Bond movies.

Cinematographer Roger Deakins has shot a masterpiece in "Skyfall." The colorful battle scenes and crisp explosions highlight 143 minutes of epic photography. The cinematography compliments a rock solid soundtrack, which features Adele in the first set of credits. The film is anchored by Judi Dench, whose spot on portrayal of M really does the movie well. M's determination, even at her old age, is clearly personified through Dench, as M leaves the audience with little doubt that she is fully capable of running MI6.

Although it would have been impossible for "Skyfall" to live up to its hype, Sam Mendes gives us arguably the best Bond in the Daniel Craig era. Better plot development is what really sets this film apart from past Bond's, making "Skyfall" a must see for any James Bond fan.

"Skyfall" is rated PG-13 for action, adventure, and crime. It is now playing in theaters everywhere.