There's a 30 percent chance that it's already snowing!

Ah, that little red MCPS Emergency Weather banner. Nothing soothes our hyperactive, holiday-cookie-saturated souls here at SCO more than an announcement from MCPS telling us that after-school activities are canceled, school is delayed, or - the holy grail of all announcements - school is canceled. Unfortunately, the little red banner that went up today during sixth period informed us that we would not be dismissed early, but after-school activities are canceled. 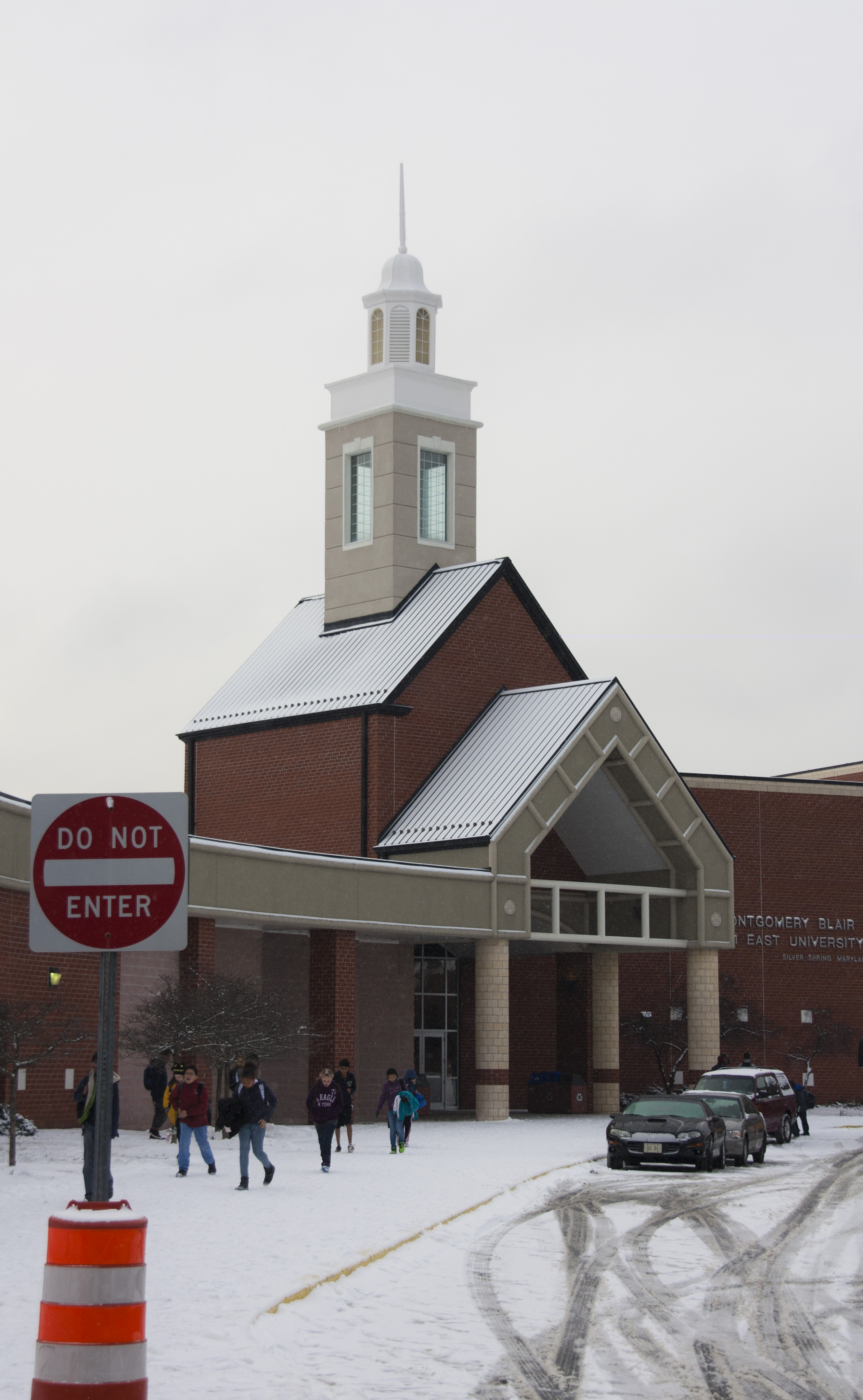 Photo: Blair shut down at 3 p.m. today due to the MCPS sanctioned cancellation of after-school activities.

Photo: Blair shut down at 3 p.m. today due to the MCPS sanctioned cancellation of after-school activities.

Oh, well. We'll plow through (no pun int- who are we kidding. Pun completely intended.) the rest of the day with high hopes that the snowfall will be enough to get us a three day weekend. Snowpocalypse it ain't, but the first substantial snow of the year is expected to total at least two inches - and more than one-half inch has already accumulated, according to our trusty chums the Capital Weather Gang.

So before you start homework or set any early-morning alarms, settle down for a nice hot, steaming cup of snoWatch and read what fate has in store for Blazers tomorrow.

Temperatures are supposed to be in the high teens/lower twenties tonight, which means that any and all leftover slush will be icy by morning. Any walkers will have to trek across slippery black ice, parking lots will freeze over and people will be averaging a whopping 15 miles per hour on the beltway - all three of which are simply too dangerous to risk. In fact, our minds (and extremities) are numb just from imagining the horrors that await a snowy morning that starts at 6 a.m. Are you trying to numb our minds, MCPS? If that's your game, then we dare you to make us start on time. Your move.

There comes a time in every Blazer's life when any semblance of sanity rests on Poolesville's otherwise irrelevant shoulders. Our friends from the north usually experience colder temperatures than we do here in Silver Spring, but Poolesville High school is still a part of MCPS. Meaning, even if all of this snow turns into slush down here, it freezes over streets and sidewalks up there! Ice is harder to clear and definitely more dangerous than snow, so we're kind of banking on Poolesville to save us in our time of need.

There's also a good chance that the county won't be able to plow everywhere tonight (cul de sacs across the county, we tip our hats to you), and MCPS has been known to tremble at a dusting once or twice. On the other hand, MoCo is well-prepared after the storms last year, so a couple of inches should theoretically be no problemo - as long as electricity isn't at stake. Yes, Pepco, we're talking about you.

And even though news stations on all channels are telling us that there is a "Winter Weather Advisory" in effect - don't look now, News 4, but the winter weather is here - one little advisory probably won't have much influence over Weast and the gang.

In conclusion... our back-and-forth has left us more confused than we were after "Inception." But all in all, we're sticking by the county's deeply rooted fear of harmless (unless it's yellow), fluffy precipitation: a cancelation is more likely than not.