Oh spring, how you taunt us so. For a while there, you made it seem like the rest of February was going to be great and filled with warm weather minus the life-threatening pollen allergies. And though you may have lulled the 85 percent of the female population who broke out the spring dresses on Friday into a false sense of security, we snoWatch experts know that the laws of nature don't really apply to Silver Spring. 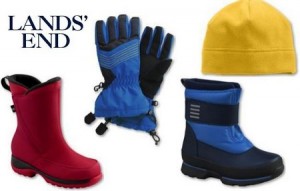 Photo: Take heed, Blazers. This snow-wear is much more practical than those combat boots and leggings from Urban Outfitters.

Photo: Take heed, Blazers. This snow-wear is much more practical than those combat boots and leggings from Urban Outfitters.

Here's how it works: we always have a pretty cold yet generally not terribly snowy December and January, then February is either cold enough to freeze those trendy combat boots right off of your feet (some of us stick with Lands' End snow boots, which are both practical and go perfectly with our Lands' End ThermaCheck® Fleeces, thank you very much) or "uncharacteristically" warm. Then sometime in March, naturally, we get a blizzard or two. So like we said, we weren't too surprised at the promise of snow tonight. But you know what they say (and by they we pretty much exclusively mean people over the age of 50), "If you don't like the weather here, wait five minutes and it will change."

But alas, that ol' refrain rings true and Maryland's weather is as varied as NASCAR is unnecessary. And while we sure as heck didn't watch the Daytona 500 yesterday, we were watching something 10,000 times more interesting: The Weather Channel. (Zing! Take that, whoever finished driving in circles before a bunch of other dudes and Danica Patrick did!) Here's what we learned:

Predictions: where we make up fake statistics based on real facts

Chance of two-hour delay: 92 percent
Among the muddle of weather reports we've watched and read over the past couple of hours and yesterday during Daytona, only a few magic words stood out to us. No, these magic words were not "please," "thank you," or even "Expelliarmus," though that one works for us most of the time, they were: road conditions likely to be very slick. And boom. Our hearts filled with joy, our bottoms sank further into that crack between our couch cushions as we prepared to extend our procrastination and Voldemort was dead. All was well.

Chance of a school cancelation: 73 percent
So here's how it's going to go down according to the Capital Weather Gang, who really should be paying us advertising fees by now. It should start raining again a little later this evening and as temperatures drop that rain will turn into freezing rain, which around 6 p.m. will turn into sleet. From about 6 - 10 p.m. the sleet will continue. Deadly layer of ice? Check.

Then sometime between 9 and 10 p.m. that sleet will turn into snow. The full-on snow will start coming down at roughly 2 a.m., during which temperatures should be about 20 degrees Fahrenheit, aka the trickiest word to spell in the english language. The snow won't stop until dawn. Thick, innocent, fluffy layer of snow that masks the deadly layer of ice? Check.

And finally, the icing on our deadly then fluffy then deadly again winter-weather cake: there may be snow showers tomorrow morning. As in, slippery snow will be falling when young, eager children will be skipping to school and enthusiastic teachers will be racing down roads to get to their bright-eyed students. Muahaha; that sounds like a recipe for disaster. And we're betting that MCPS plays it safe.