Everything you need to know about snow days

While snow falls and students are sound asleep, Montgomery County Public Schools (MCPS) administrators are up at 3 a.m., racing around and checking the weather forecasts. The seemingly small notification that pops up on the MCPS website before school starts has a big decision making process behind it, and even wider impacts on the community.

Determining whether to close schools

Derek Turner, the Public Information Officer for MCPS, notes that making that decision isn't always clear cut - there are a variety of factors that go into deciding whether or not to close schools on account of inclement weather.

The process begins the day before, with administrative officials checking the National Weather Service and Accu-Weather for forecasts in addition to communicating with various other government agencies to check the severity of the weather conditions. "We're looking at the forecast, we're talking with state agencies, transportation agencies, we're talking with other counties about their roadways. If there's nothing we can be definitive about that night, and typically there isn't - especially when the storm hasn't started yet - we wake up the next morning at roughly 3:00 a.m.," Turner said. 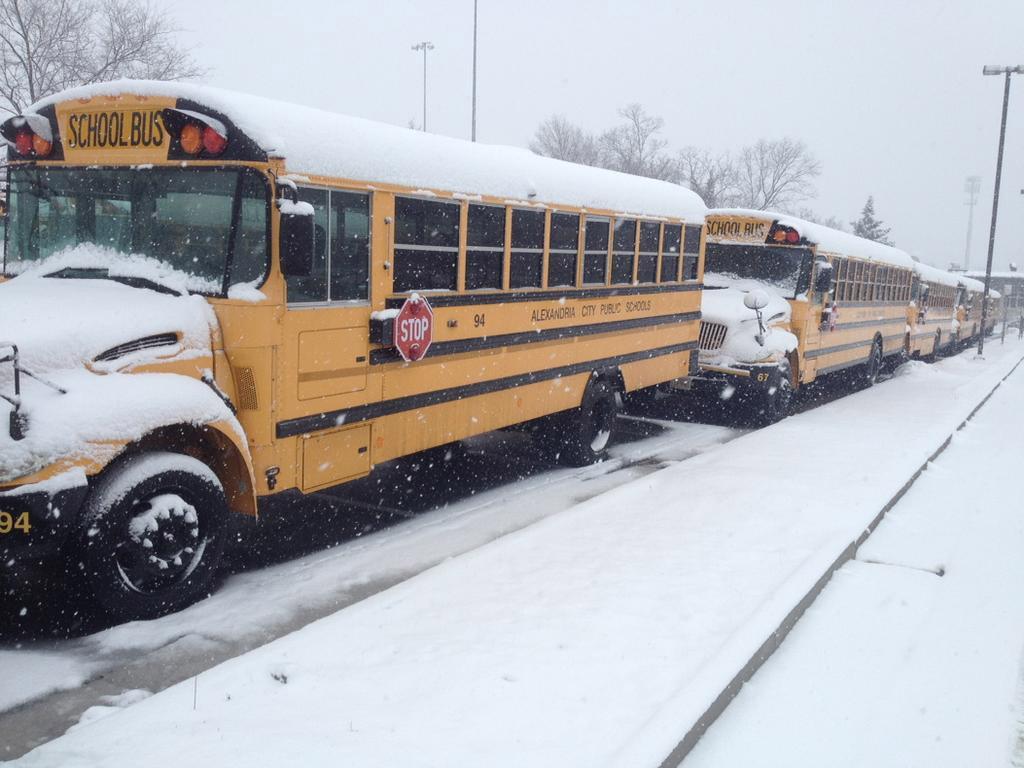 The following day, transportation staff get up early in the morning, drive the roads in buses, and check the impact of the storm. They take special note of where there are slick spots and what parts of the county are worse than others. As the school district encompasses over 500 square miles, there's often a disparity in the severity of the weather. Decisions about weather-related school closures are determined by "the most severe conditions within the county are used as the basis for the decision-making criteria" according to the MCPS website. "Sometimes there's not a lot of snow in Silver Spring or Bethesda but there might be ice in Damascus or Poolesville. That's also something we have to consider," Turner says.

Superintendent Jack Smith ultimately makes the decision after a last minute check of the weather forecast and how temperatures are expected to rise or drop in the following hours. Students are notified by 5:00 a.m. of a delay or school closure or 11:00 a.m. of an early dismissal. Announcements are posted through the MCPS emergency information sources, including the MCPS website, various agencies, and social media.

MCPS acknowledges that closing schools will have a wide impact, affecting students, their families and educators. It is for these reasons that Smith considers more than weather conditions when making his final decision. Two of the more significant other factors is how closing schools will impact students with a need for school resources, such as those enrolled for free or reduced meals, and affect parents who need to provide childcare. "The toughest days are the days where we have to close and offices around the county end up open…how they [parents] find childcare during those times and that is definitely something we consider," Turner explains.

One factor that isn't highly stressed is the impact to the school calendar. As there are makeup days built into the school year, the addition of an extra couple of days to the end of the calendar isn't something that administrators place a great deal of importance on when considering the possible impacts on students' well-being. "If it means not having an extended school year but we're risking student lives, I think the easy balance is that we have to be focuses on student safety. It doesn't matter if you have a great teaching staff if a kid can't come to school and they're injured," Turner said.

Putting it into practice

Despite the administration's best effort, they are not always able to make and inform others about snow day decisions in time for the 5:00, 7:00, and 11:00 a.m. deadlines. On Jan. 17, students were alerted just before 5:00 a.m. of a two hour delay. Then families were informed that school would be closed just after 7:00 a.m.

While many students are mystified by MCPS decision making process, they don't complain; they simply appreciate the snow day.

"I have no idea how it [determining a snow day] works...but I don't really care. When I woke up, there was barely any snow outside but school was still canceled and that's all that matters. A snow day is a snow day," junior Deeya Garg said.

Parents, however, become more concerned with the decision to close schools. Some guardians are worried by the the thought of wasting an entire day's worth of education for such a seemingly little amount of snow, while others are annoyed with the late notification. "It's pathetic @MCPS waited so late to announce when kids already are getting dropped off," one parent tweeted.

On Jan. 24, a message was sent out to students about how MCPS plans to deal with makeup days for the rest of the year. It said that if there are three or less additional school closures, the end of the school year will be extended by the number of days that were missed and if there are four or more snow days, then the first three will result in three additional days being added to the school year while the rest of the days will be made up by shortening the beginning of spring break.