The controversies of the 2014 Winter Olympics

The Olympic torch that graced the opening ceremony of the 2014 Winter Olympics on Feb. 6 was lit in Greece and carried to Moscow. Before it arrives in Sochi, it will have visited 83 Russian cities on the longest torch relay in the history of the Olympics, a 40,000-mile journey across all regions of Russia. 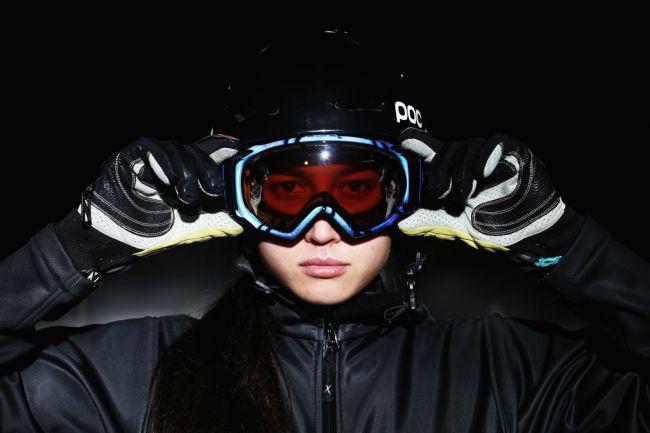 Photo: Australian snowboarder Belle Brockhoff, who will be competing in the Olympics, has spoken out against Putin's LGBT policies.

Photo: Australian snowboarder Belle Brockhoff, who will be competing in the Olympics, has spoken out against Putin's LGBT policies.

It's an appropriately epic beginning to one of the most controversy-wracked Games in recent memory. Allegations of corruption, concerns from politicians and athletes over Russia's anti-gay-propaganda laws and elevated security due to fear that Islamist Jihadist groups may attack have all made front-page news recently. The spotlight on Russia has also raised questions about the country's environmental and human rights violations. Indeed, controversy has commanded almost more attention than the athletes themselves.

A number of political conflicts within Russia have led to security concerns for athletes and spectators at the Olympics. Nationalist insurgents from the North Caucasus have threatened to attack the Olympics, and Russian President Vladimir Putin is taking extreme precautions. He has created a secure "ring of steel," including a ring of navy ships around Sochi: over 60,000 Russian police and soldiers have been deployed for the Olympics, and considerable controls—including entry documentation and monitoring of all internal communication—have been put in place. 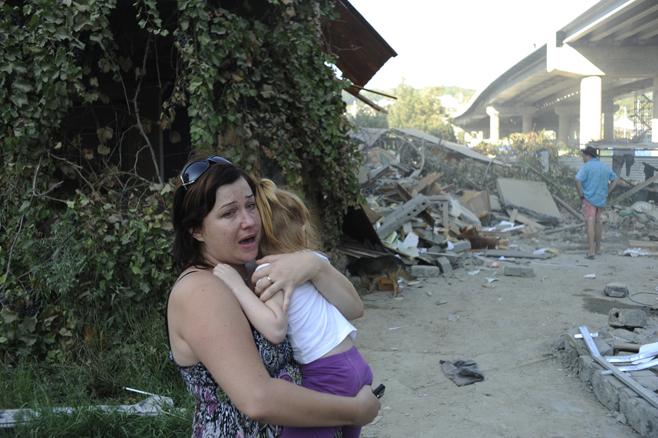 The International Olympic Committee has also received criticism for its acceptance of human rights abuses and crimes in the Games. In the course of the preparation for the Olympics, people have been evicted from their homes without compensation. Twenty-five construction workers have died. Illegal dumps of toxic waste have ruined local drinking water and caused houses to sink. Former Russian Deputy Prime Minister Boris Nemtsov alleges that officials and businessmen have stolen up to $30 billion from the official funds allocated for the Winter Olympics.

Circassian organizations have also spoken out against the Olympics. Activists say that the Olympics will take place on land that had been occupied by Circassians since the beginning of their recorded history until 1864, when the Russians' victory over the Circassians resulted in the disappearance of 1.5 million Circassians. Also, the 150th anniversary of the massacre will be during the Games. Activists demand that the Games be moved or cancelled unless Russia apologizes for the genocide.

Additional security concerns have been raised over Russia's recently passed law against gay propaganda. The law, which bans giving "propaganda of nontraditional sexual relations to minors," is ambiguously worded. Blair junior Becca Shofar, who is one of the presidents of Blair's Gay-Straight Alliance, puts it in clearer terms. "What that really means is that they don't want kids exposed to queer culture because they think it'll contaminate them and make them queer," Shofar says. While the law appears to apply only to the press, it can be interpreted in other ways. "It can be dangerous for LGBT couples to hold hands in the street, because they can be prosecuted under the law," Shofar says.

It is unclear whether or not this law will be applied to athletes, officials and visitors at the Olympics. "From what the government claims, there won't be discrimination at the actual Olympics, but they also claim this law isn't discrimination, so it's unclear what that means," Shofar says. However, Russia could face retribution from the International Olympic Committee—and from other countries—should anything amiss happen. In fact, discrimination is specifically forbidden in the Olympic Charter. "They need to respect the IOC's laws that you can't discriminate against athletes. It's an international thing," freshman Izzy Lott notes. "The Olympic Village is a global place."

Though the athletes will probably not face danger, they may face prejudice. "I think they'll be safe, but I think they're not going to be treated as well as they should be," senior Vera Belaia says. "The sense I'm getting of people making these policies is—if you stay in the Village, it won't be a problem, but if you left it there would be problems." Unfortunately, the burden of protection may fall largely on athletes themselves. "I think it depends on how athletes present themselves, which is completely unfair to them. If they're not open about their sexuality, it'll be fine," Shofar says.

Belaia, who was born in Moscow and moved to the US at age four, hopes that Russia will begin to progress socially soon. "I think they'll get over [anti-gay sentiments] eventually, but it's hard to change opinions. It's frustrating," Belaia says. However, she also notes that it may be difficult to change things while Putin is in control. "Putin is in charge—he does everything. That's just how it goes," Belaia states.

The laws, passed on the eve of the Winter Olympics, have met with widespread protest globally. Over 50 current and former Olympic athletes have called on Russian authorities to change the anti-gay laws, and though the White House has not explicitly said that the laws are the reason Obama and Biden will not be attending the Olympics, Obama expressed outrage over the laws and chose two openly gay athletes to represent the US delegation, along with a former Cabinet secretary and a deputy secretary of state.

There has also been speculation over whether Germany's official uniforms are a protest against the anti-gay laws. The Germans have denied that the uniforms are meant to be political, but let's be real: no country would put its team in rainbow uniforms for any other reason.

Regardless of why or how, the 2014 Winter Olympics are sure to be eventful in the extreme. Twelve new sports are competing, including women's ski jumping, figure skating mixed team and ski half-pipe. Curling, ice hockey and figure skating all have extensive event lists, there will be hockey competitions every day for two weeks, and Olympians who win gold will be awarded gold medals containing fragments of the Chelyabinsk meteor.

Though the controversies are important issues to recognize and understand, it's time to harken back to the original purpose of the Olympics. On Feb. 6, we gathered to begin the celebration of athletes in a global community. For all the human rights and legal groups outraged about various issues, here's one more: the Winter Olympians, who already tend to receive less attention than Summer Olympians, must be feeling particularly neglected about now—barely anyone knows who's actually competing. "I'm mad that the media attention is mostly on the gay laws and the terrorist attacks. I don't know anything about the sports or athletes competing," Belaia complains. "There's not as much of a sense of 'Hey, let's celebrate this!' It's so politicized, and that's just not what the Olympics are about."