"Speak no evil" does not destroy the evil

In this time period, classrooms are not only places where teachers present lectures, but also situations for students can participate in active discussion on topics of study. A limitation on that classroom practice comes as a sad reminder that some subjects are just too controversial for a classroom setting.

Montgomery County officials have responded to a complaint by Quince Orchard High School student Maya Jean-Baptiste about a classroom discussion on a racial slur. The teacher taught the lesson on the slur while preparing her students to read Harper Lee's "To Kill a Mockingbird" in a ninth-grade English class. Following the complaint, MCPS officials have ordered the lesson to be discontinued. 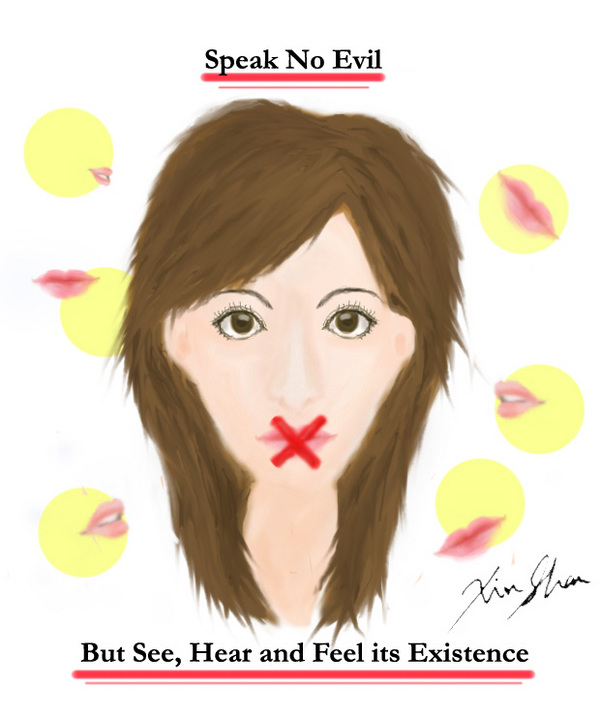 In regards to such a delicate issue, it is easy to understand how a student could be offended during the lesson and therefore plead for it to be canceled. But what is hard to understand is how some students and educators believe that the issue will disappear in their lives if they do not address it in school.

Students today are exposed to racial slurs one way or another, which are entrenched in pop culture and daily slang. But when they encounter these epithets, young people may not know the history behind them and use the words as they heard them.

In a classroom setting, open discussion allows for students to get their thoughts on the subjects out into the open and also hear the perspectives of their peers. In this situation, where they learn the history of the slur and also what it truly means, they get a different perspective on the word and may use it with more discretion. Let's face it, racial slurs have lost their original meaning and that is why they are used so frivolously today.

So, schools need to make a conscious effort to eliminate the use of such words. Simply ignoring the issue and hoping kids will not hear and use the epithets will not remove their existence – education on the matter will help the youth of today understand why they shouldn't use these slurs.

The lesson has been replaced with the study of a piece by Harvard scholar Henry Louis Gates Jr. entitled "What's in a Name," which tells of the disparaging treatment of his father by a white man, who refers to all black men as "George."

But Montgomery County's so-called solution has not solved the problem, it has merely ignored it. Schools need to educate the youth in order to eliminate the usage of racial slurs. The lesson should have been left alone, but students who would have felt offended should have been given the option of an alternate lesson.

Students and parents have told MCPS officials that the teacher, who is white, imitated heavily stereotypical African American body language and elocution by, "moving her neck and pointing her finger." While the teacher's behavior was unacceptable, the lesson remains appropriate as long as it is taught properly.

Years ago, books like Mark Twain's "The Adventures of Huckleberry Finn" were taken down from shelves and removed from school curriculums because of their racially insensitive language. Still, people learned the racially offensive terms, and they remained.

Ignoring this issue will not make it go away. Education on these words will make it go away over time – shutting eyes and ears as MCPS has done to Quince Orchard high school will only add on to the problem.