Blair performers get together to support SGR's annual charity event

On a cold and blustery Friday evening, seniors Nathan Ipanag, Adam Varella, Anthony Carrell and Emma Kaufman welcomed the audience with a lovely medley of favorites such as "I'm Yours" by Jason Mraz and "Hey Soul Sister" by Train as Blazers, parents and supporters filed in the door. The individual performers mingled with group acts, and the collaboration between the performances was symbolic of the greater union that all the attendees created when they came together for a noble cause. 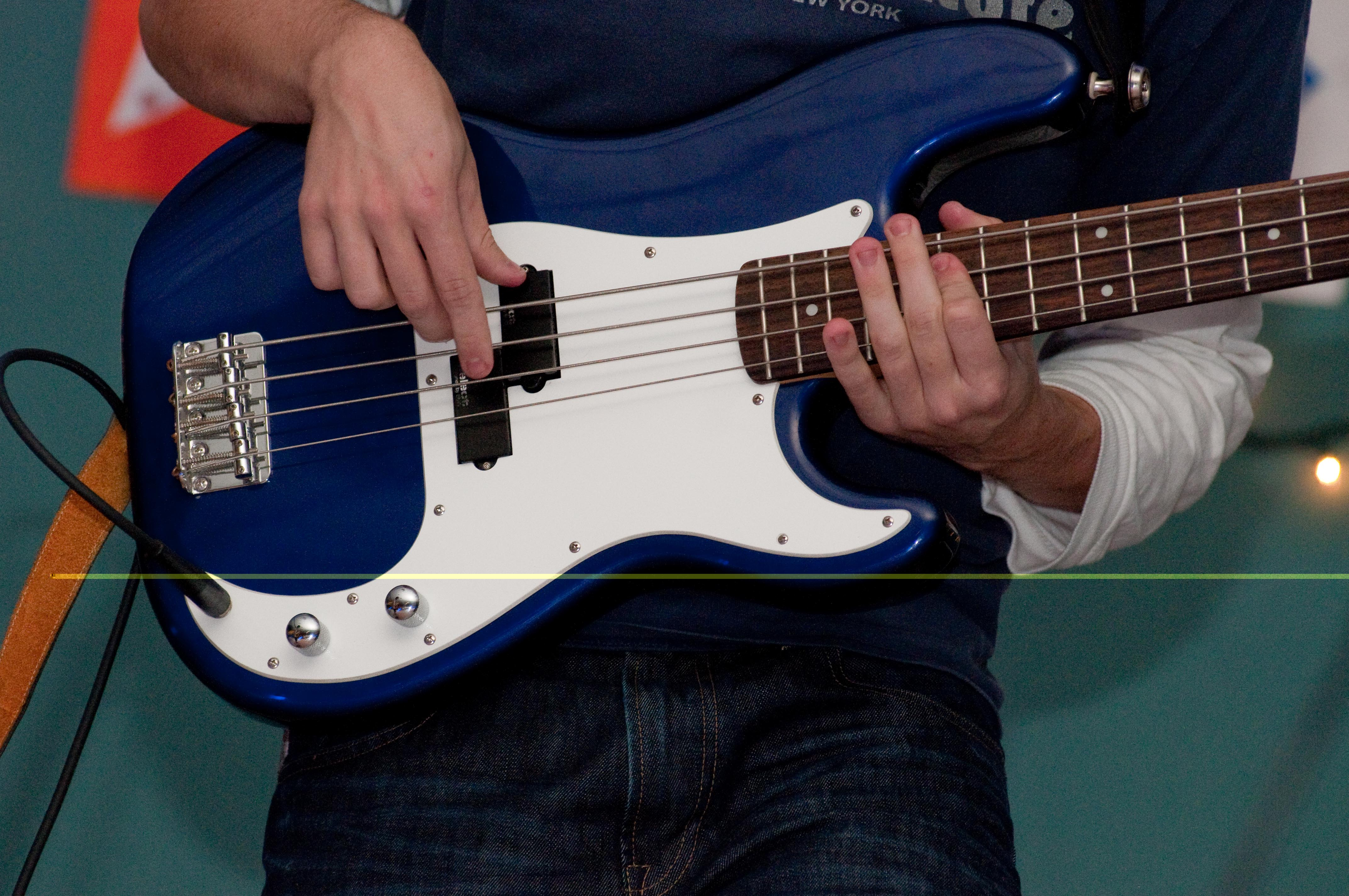 Photo: The SAC shook all night long as Manic Attack brought their progressive/grunge sound to Blair.

Photo: The SAC shook all night long as Manic Attack brought their progressive/grunge sound to Blair.

The Students for Global Responsibility (SGR) held their annual SGR Spectacular in the Student Activity Center (SAC) on Friday. The show consisted of 17 performances of music, dance and poetry. The event raised money for Living Water International, an organization that works to provide clean water to those in need, to help build a well in a third world community, according to SGR member and Spectacular organizer Kirstyn Ross. The amount of money the event raised is still to be determined.

As for performances, the last two acts of the Spectacular proved to be the strongest; bands Manic Attack and The Attributes battled it in a friendly competition to see who could get "crazier." Manic Attack went first and with powerful drumming by senior Jack Naden and strong vocals by Noah Maruyama. While Manic Attack set the bar high, The Attributes did not disappoint. Led by senior Rian Henry on vocals and acoustic guitar, they brought an indie and folksy sound to the stage that had the crowd jamming along and dancing as the night came to an end. 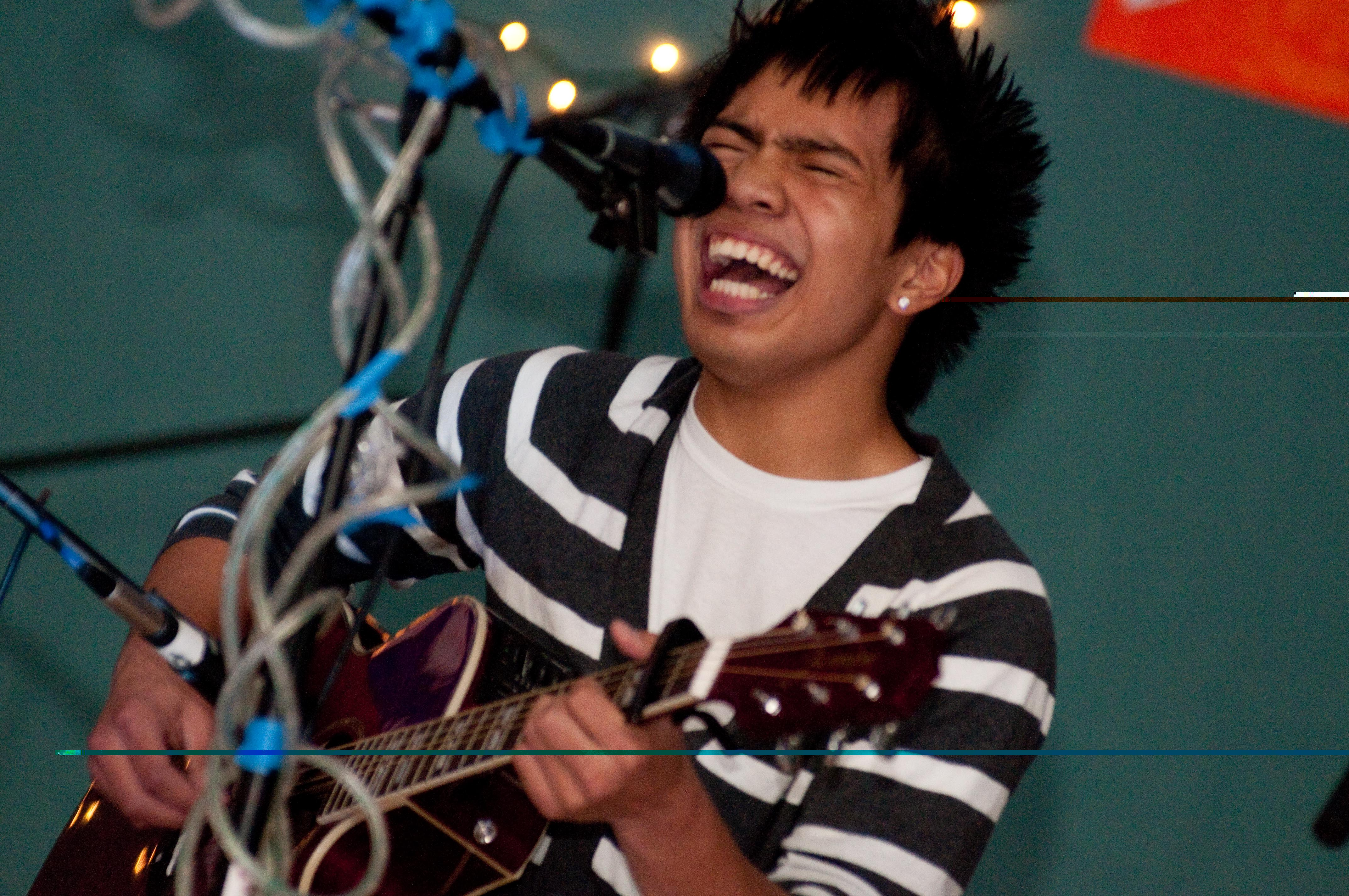 Photo: Senior Nathan Ipanag, as part of the group Highway, wows the crowd with his vocals in Backstreet Boys' "I Want It That Way."

Photo: Senior Nathan Ipanag, as part of the group Highway, wows the crowd with his vocals in Backstreet Boys' "I Want It That Way."

But at the beginning of the show, after the initial the medley by Ipanag and company, seniors Rowela Silvestre and Gabby Baylon took the stage to perform two heartfelt duets, including "Falling Slowly" from the movie "Once." The two were followed by senior Da'Cari Abraham, who wowed the crowd with a sultry and sexy number. Abraham completely entranced the audience, who cheered and whistled throughout. After Abraham's song, junior Michael Strautmanis took to the stage with his guitar and played a solid acoustic version of several songs. He was followed by Blair's a cappella group, InToneNation, who debuted a new song, "Bulletproof" by La Roux, led by senior Katerina Klavon. The group then performed the classic favorite by Jason Mraz, "I'm Yours."

The various musical performances overall provided for a pleasant range of tones. Seniors Jeanne and Lauren Jarvis-Gibson performed soft original songs, while senior Lauren Rust added spunk to the night with a bluesy version of "Zombie" by The Cranberries. A stunning French opera performance by junior Audrey Tchoukoua also left crowd in awe.

The Teen Exchange Dance Group, based in Takoma Park, also took the stage and performed two original dances. One, called "Water from the Same Source," was created especially for the event, according to the group. The group's performances were enthralling and kept the audience focused as the four dancers moved perfectly in sync.

A final and pleasing highlight of the night was a small tribute to SGR sponsor and Blair teacher George Vlasits, who has been teaching Blair for 30 years; he will be retire after this school year. Ross and fellow event organizer senior Mandy Xu recognized Vlasits for his hard work and dedication over the years. Vlasits responded by saying, "I've enjoyed every single minute of it." 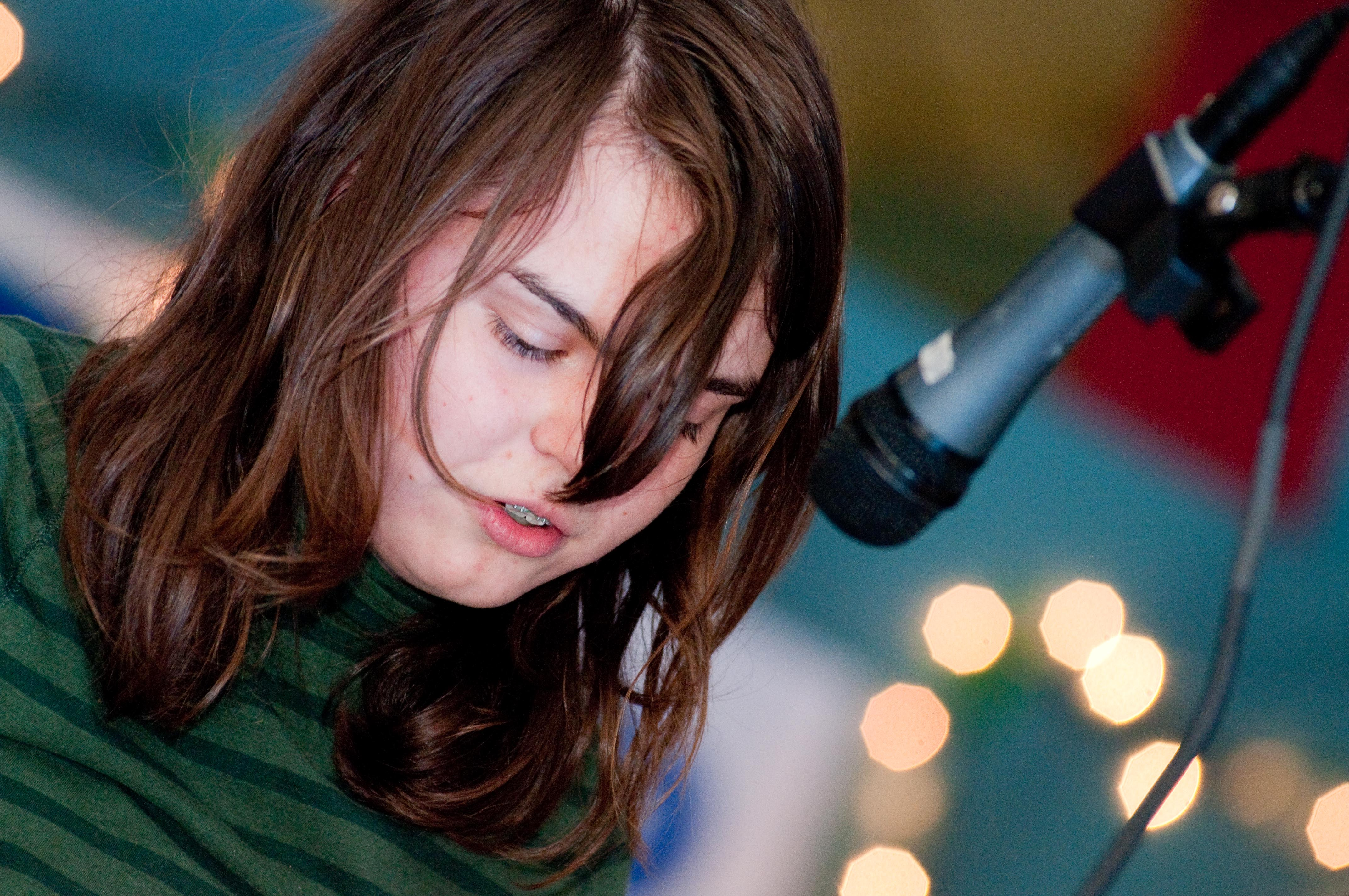 Performers, such as senior Emma Kaufman, say that the Spectacular is such a special opportunity because it brings unity to Blair. "I think the Spectacular is a great way for students at Blair to come together, and support each other as well as a great cause. Blair feels so segregated at times, and it's important to have events where we can all feel like we're a part of something," Kaufman says.

Overall, the night had an impressive turnout of attendees, according to Ross. "Last year there was a snow storm, so compared to that, the turnout was great," Ross says. Ross is proud of the event's success and notes that any amount can help SGR reach its goal of building the well. "The ultimate goal was to raise money to build a well for a third world country - and of course, have some fun - and I think we did that," Ross says.