Senior CJ Argue hangs another blue beaded Mardi Gras necklace around his neck. His face and body are already caked with blue and white face paint, giving him the appearance of a retro superhero; a blue and white Israeli flag drapes proudly over his back.

Argue may not be a superhero, but for the past three days along with his team, Flii (pronounced fly), he has been vivaciously battling like a superhero for the Spirit Award in the 2011 Puzzle Palooza.

The self-proclaimed "Puzzle Lords," magnet teachers Peter Ostrander, David Stein, James Schafer and Peter Hammond began Puzzle Palooza last year as a way to keep Magnet juniors and seniors out of four corners and in school during their open mornings of HSA week, but now it has grown to include any juniors and seniors without more than one HSA. 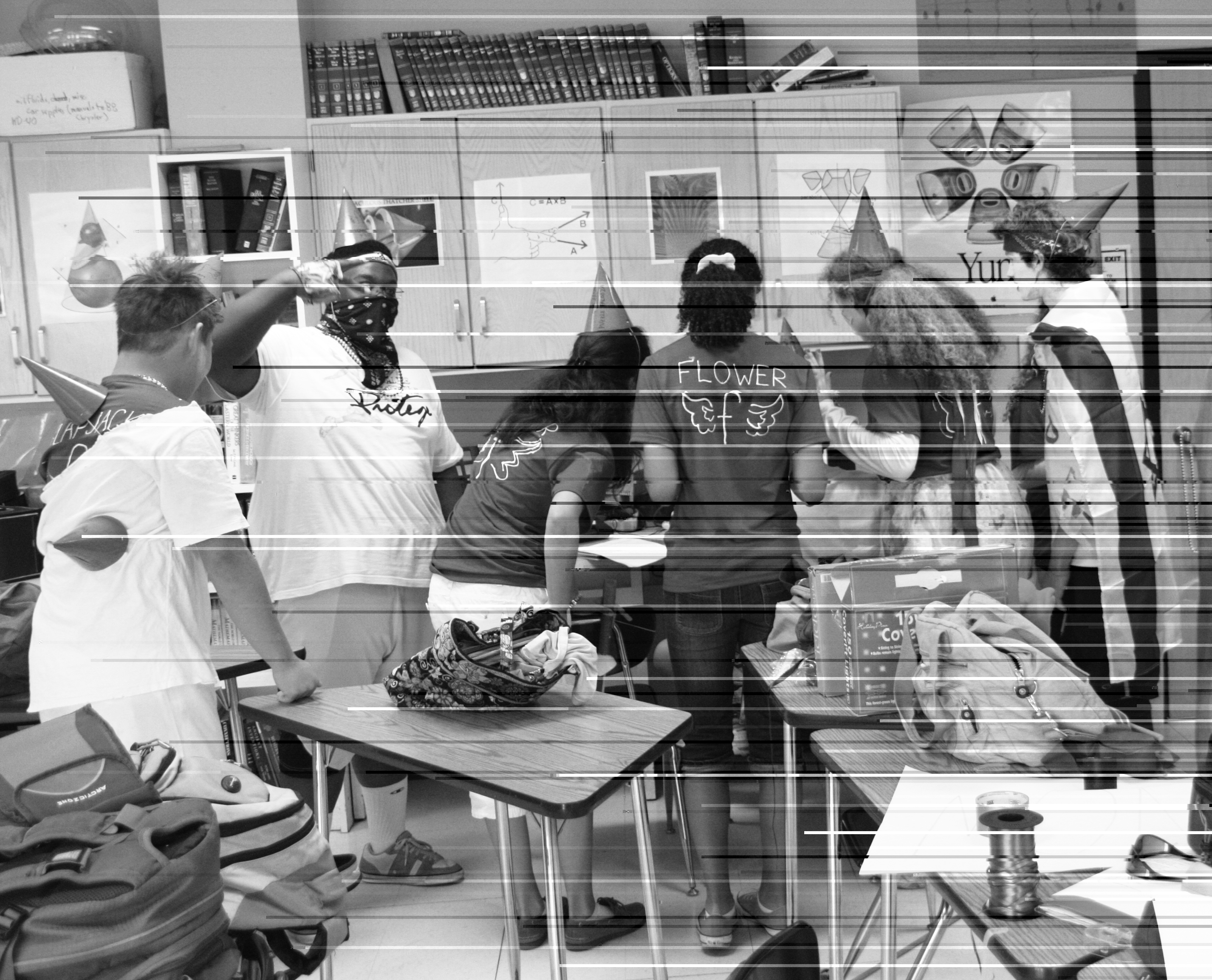 Argue and his team of fourteen other members begin this four day journey like any other team, except along with knowledge, they also have spirit.

As Flii and other teams fought their way through the fifteen puzzles, it became abundantly clear that these puzzles were no jigsaw puzzles; they were incredibly complex and require interactive, creative thought. Think of a sheet of paper that has ten or so famous art pieces from which you need to put into a DNA sequence. But don't stop there because after that, twist those strands into a double helix to get the answer the answer of "the teenage mutant ninja turtles."

Since the puzzle was titled, "The missing turtle is still learning," participants had to realize that all members of the teenage mutant ninja turtles' art was present except Michelangelo's. But still don't stop because then you have to realize that Michelangelo famously said, "I am still learning," but since he was Italian he obviously spoke it in Italian, so thus the answer is "Ancora Imparo." Phew!

Many of these puzzles go unsolved. Only one team solved all fifteen puzzles, and although team Flii put up a fight, they were only able to solve ten. Last year, the puzzles were semi-original according to Hammond; some were copied and others were self-made. This year however, all of the puzzles are written by the Puzzle Lords themselves or donated by professional puzzle writers.

As the days go on, full of surprises and perplexing puzzles, Flii continues their theatrics, ever determined to win the spirit award. When the desks in their home base, room 312, not used to solve puzzles, they are strewn with streamers, face paint, hair rollers, jumpsuits, ribbon, hair dye, pompoms — anything that could be used to display their colors. In their precious spare time, the team members practice their many battle songs including a cheer, chant and re-write of the song "Like a G6" by the Far East Movement, turned into "G secant V" by junior Kathryn Waychoff. 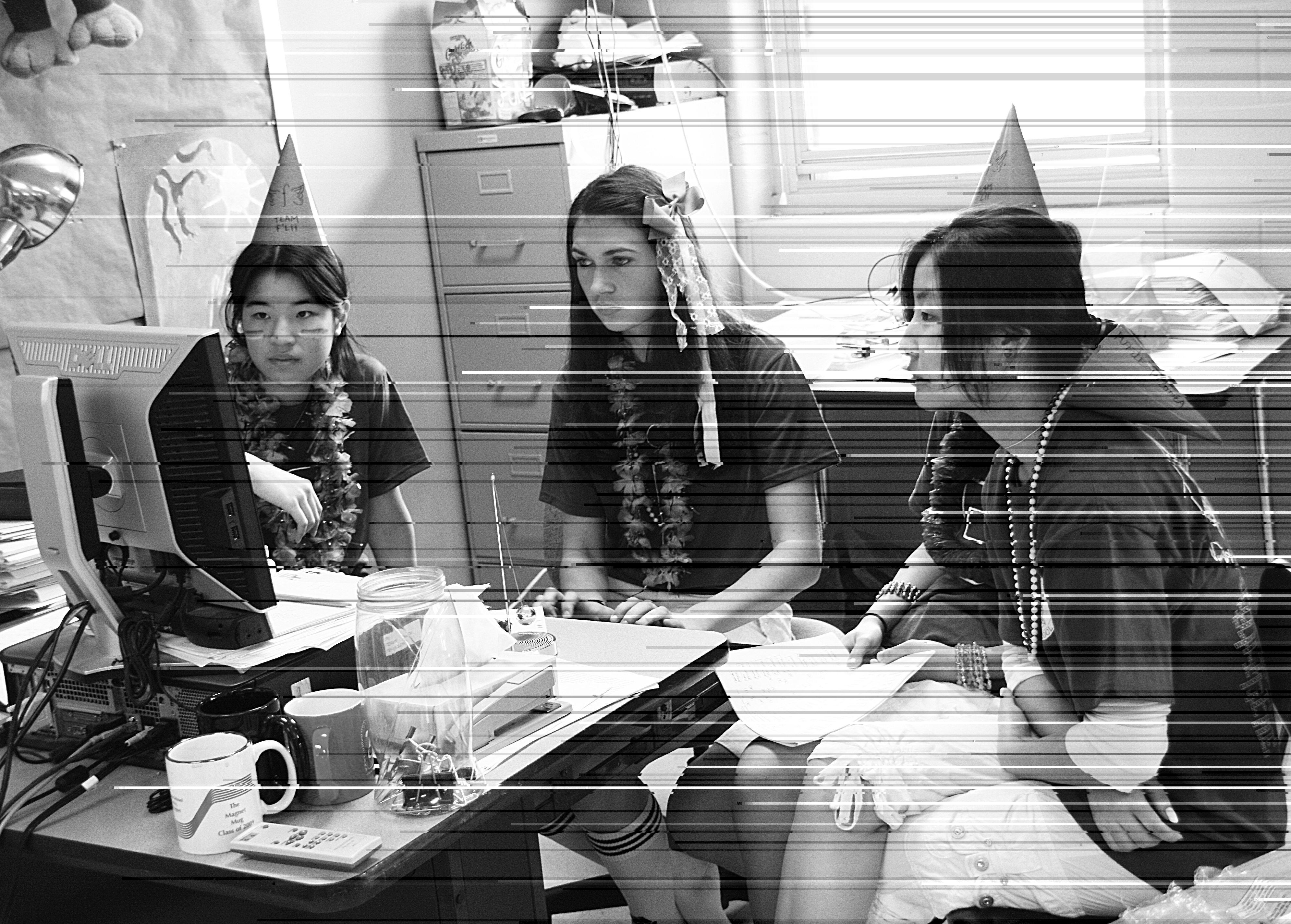 Each team had their own way of finishing off the four days. Right before the awards ceremony on the last day of the competition, some teams scramble to finish a few more puzzles, while others start to clean up the mess of decorations in the borrowed classrooms. Team Flii, meanwhile, prepare for the awards ceremony in a different way: they strap up. "Someone has to wear the jumpsuit," Waychoff yells. Senior Monica Ly decides to don the white jumpsuit splattered in blue paint; junior Matt Bernstein ties speakers onto his chest with blue ribbon; junior Robert Chen converts himself into a stegosaurus with party hats. After costuming, the team practiced their cheers. Flii walked out of the room looking quite flamboyant. As they walk down to the auditorium where the awards ceremony would take place, their confidence soars.

The team only completed ten of fifteen puzzles, but they all say they decided to focus more on the spirit aspect. Argue, the team captain, is confident about the team's success. "I think we did a great job," he says, "Even if we didn't win we still are happy how it turned out.

As the team waits for the spirit award to be announced, other teams walk up to the stage and receive their awards. The winners get the huge prizes as promised: iTunes gift cards, Magnet mugs, puzzle books and stuffed water bears.

Each team's members are clad in their colors making the auditorium look like a patchwork quilt. As each team is called up to the stage, they perform their own special cheer with big grins spread across their faces.

Finally, the spirit award is announced. "Last year, picking the spirit award was hard," announces master of ceremonies and Puzzle Lord Stein. "There was one spirited team and eleven non-spirited teams." But this year was different, Stein explains, there were twelve spirited teams. But Stein had to pick one, he announces the winner... "Team Flii!" As the team runs up to the stage singing their anthem, the curtain from behind them slowly rises, revealing Schafer standing in front of the hugest prizes so far: brightly colored blow-up pool toys.

By this time, the auditorium is filled with smiles and hands full of prizes. After four days of work, sweat and puzzles, there is no easy way to wrap it up, except for another puzzle. "Julian Lofton," Stein shouts as he searches the crowd, "What does the number 361 mean to you?" Lofton springs up from out of his seat and shouts back, "361 days until Puzzle Palooza Three!"