Impressive performances from the string and symphonic orchestra

Blair's string and symphonic orchestras captivated the audience with a diverse showcase of harmonious performances at the spring concert in the Blair auditorium on May 15. Seven total pieces, all introduced and led by conductor and instrumental music teacher Dustin Doyle, kept the small but appreciative audience enthralled. 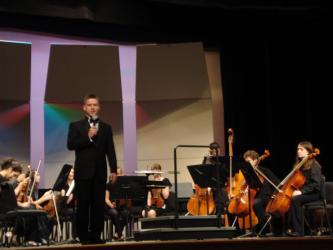 The string orchestra kicked off the show with Bach's brief "Ein' feste Burg ist unser Gott." The soft melody set the stage for their next act, Paul Wheat's "Preludio," a piece that starkly contrasted their opener with a much more dramatic tone. The blend of sharp violins and resonant cellos deftly created a series of dramatic, intense chords followed by cheerful, light tones, gradually building up to a harmonious and resounding climax.

The string orchestra concluded its night with a performance of the lighthearted "Instant Concert," composed by Harold Walters and adapted by Larry Moore. This fun piece ties together over 26 themes from various well-known melodies such as the "Wedding March," "Jingle Bells," "Down by the Riverside" and "When the Saints Go Marching In." The string ensemble, with the help of percussion performers, masterfully melded together these diverse themes into a melodic experience, while audience members had their own fun trying to count how many tunes they could recognize.

Complete with strings, winds and percussions, the symphonic orchestra soon took center stage. Their first routine of the night was a lively "Hopak from Sorochinsky Fair," composed by Mussorgsky and edited by Clark McAlister. This calm piece was both simple and enjoyable, giving an overall tone reminiscent of the joys of spring. The gentle tunes from the woodwinds and strings led perfectly into Godard's "Adagio Pathetique," arranged by Ross Jungnickel. Beginning with a repeated simple soothing theme, the ensemble slowly advanced in unison to the clashing climax, at which time the piece suddenly slowed down to end as peacefully as it began. 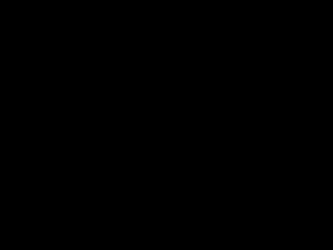 Photo: The Symphonic Orchestra played an exciting and energetic "Rienzi Overture" by Wagner.

Photo: The Symphonic Orchestra played an exciting and energetic "Rienzi Overture" by Wagner.

Next came an elegant "Symphony No. 7 in a Major, Op. 92: II," from Beethoven. Beginning with a very slow tempo and soft theme from the cellos, the tender harmonies waned back and forth between gentle tones. The rhythm eventually builds in vitality and intensity to crescendos, whereupon the song ebbs away to the soft melody it began with.

The last routine of the night was the invigorating "Rienzi Overture" composed by Wagner and edited by Clark McAlister. The excitement generated by this final piece contrasted greatly with previous pieces' much calmer mood. Trumpet calls, augmented by the winds and brasses, kept the upbeat composition alive and energetic, while strings maintained a strong and swift tempo. The festive exchanges between strings and winds gave way into a fantastic conclusion that elicited enthusiastic ovations. The night's performances from the string and symphonic orchestra definitely made a positive, lasting impression on the members of the audience.