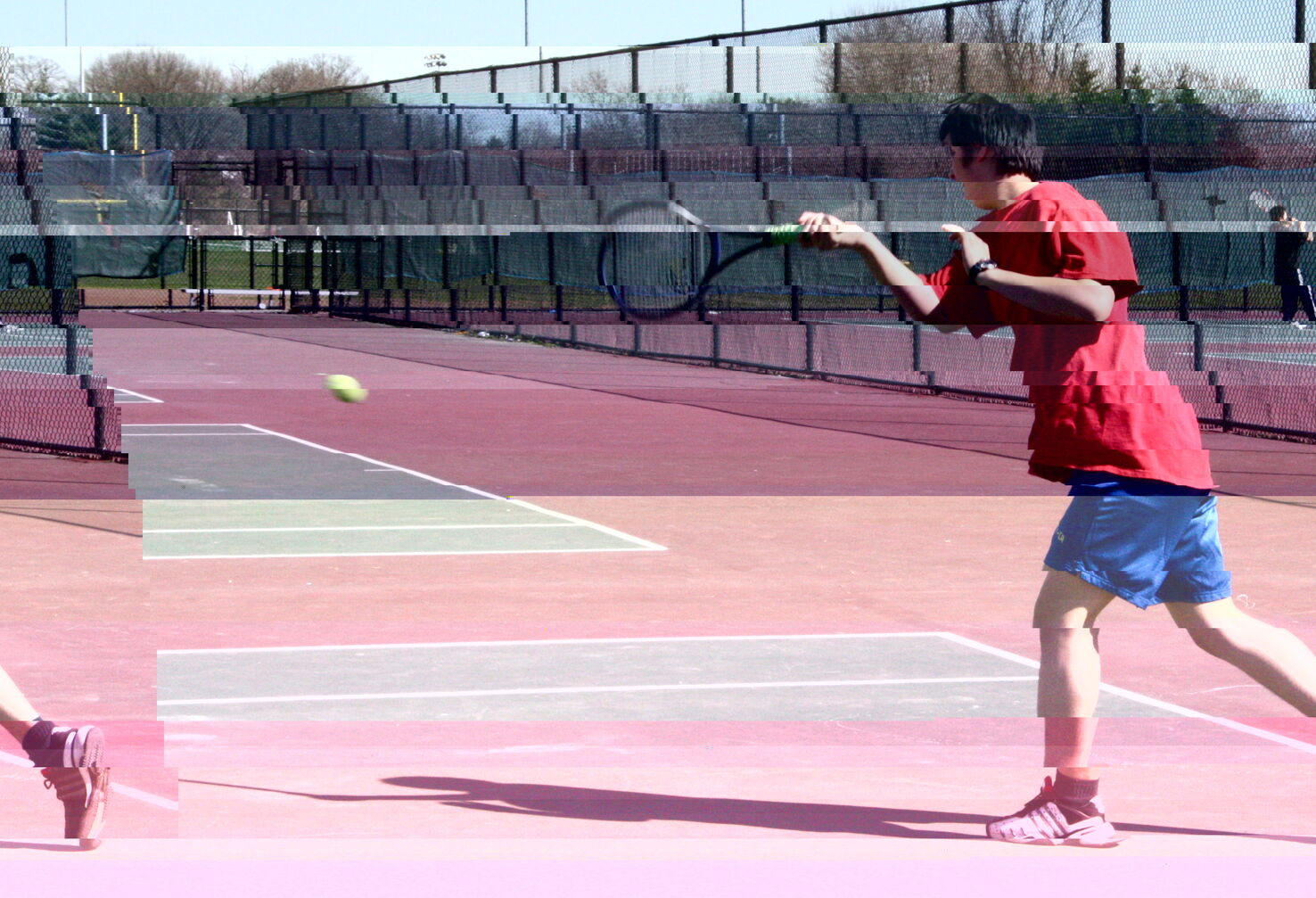 The boys' tennis team finished its season last year with an overall record of 7-5 and went 2-5 in its division. The team ended the season disappointed with its record and lacking consistency in both its doubles teamwork and strategies.

The team began this year with four fewer starting players than last year, making strong performances from rising players all the more important. Senior singles player Dukyoung Park will continue to be a standout player. Park's game uses aces that are usually powerful enough to overcome the opponent. Tryouts saw a large turnout of potential freshman players. "We have a lot of decent freshmen this year — around five — so we can build up our team and hopefully have a pretty good one in a few years," senior Jason Albanese said.

The team's goals for the season include improving the players' abilities to play under pressure and hit powerful serves across the court. Senior Rohan Bhale said keeping the ball in play will be important in maintaining a strong record over the next few months.

The players face a hard season ahead of them, stacked with difficult matches against Quince Orchard, Winston Churchill, Sherwood and Thomas S. Wootton. However, the team looks to remain in Division I through the end of the season. 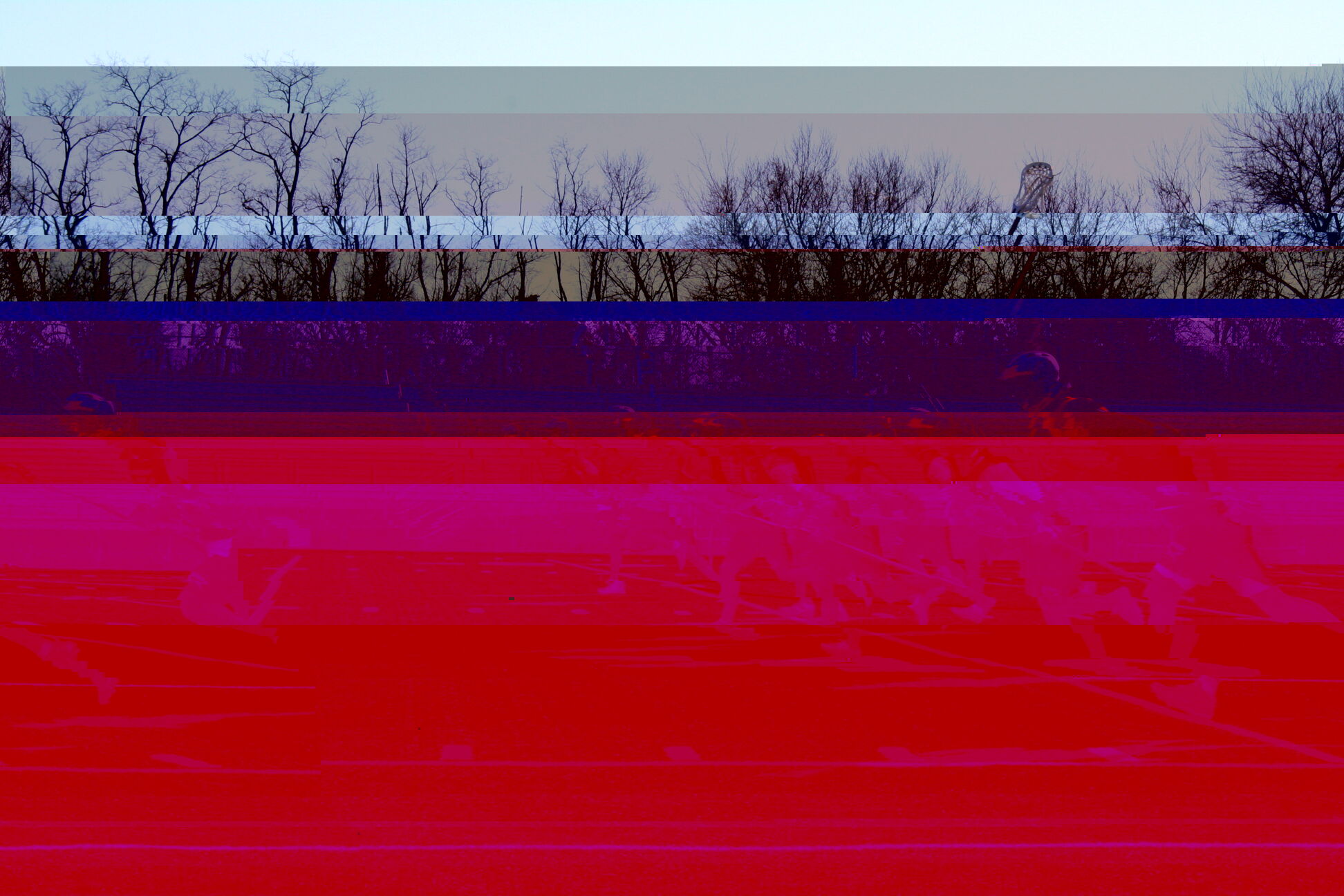 Photo: The boys' lacrosse team runs back and forth across the field to warm up.

Photo: The boys' lacrosse team runs back and forth across the field to warm up.

The boys' lacrosse team ended last season with a loss to Bethesda-Chevy Chase in the first round of playoffs, ending its 8-6 season against one of the best teams in the county. This season, the boys will be facing one of the hardest schedules in years.

Zone defense will play a key part of defensive strategy this year. On the other side of the field, the offense has been focusing on transitioning to greater structure in positioning. The team will be looking to senior co-captains Brandon Jones and Lukas Petersen and junior co-captains Kit Durban and Vishnu Rao.

Offseason practices saw increased emphasis placed on fundamental skills like passing and catching. The practice strategy is part of a team effort to better combat strong up county teams. "We lost all our superstars from last year, so we're kind of rebuilding this season. It's kind of a tough schedule, so we'll see how it goes," Rao said. 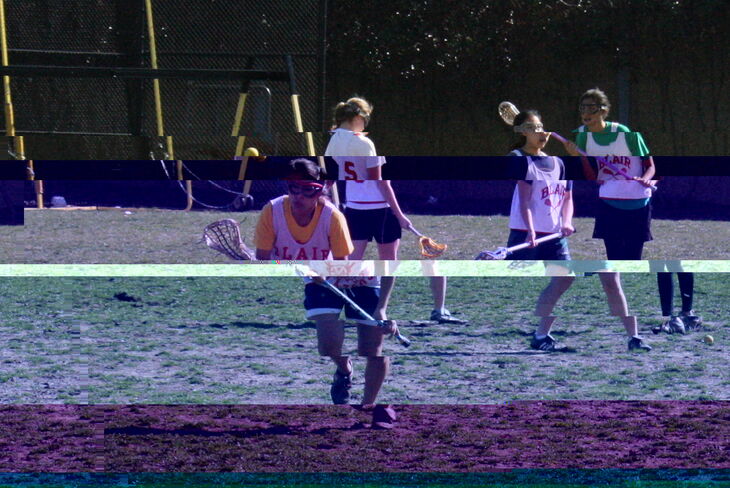 The girls lacrosse team fell in a heartbreakingly close game to Walt Whitman in the first round of playoffs last year, ending its season with a 17-14 defeat. Despite the loss of six starters, the team maintains a strong senior base that will use its experience to train new players. With the loss of six senior starters, the rest of the team will be stepping up to fill the holes in the lineup.

Senior co-captains Molly Branson, Nellie Garlow and Emily Hedrick hope that the team's offseason training and conditioning will improve players' overall skills. The team is working to overcome their struggles with keeping a high level of play for the full 90 minutes.

With a record number of girls showing up to tryouts, the team hopes to recruit a strong base of players to supplement the seniors. "We have a lot of potential this season because we have a really solid offense and defense. Most of the players have been on the team since their
freshman year," Garlow said. 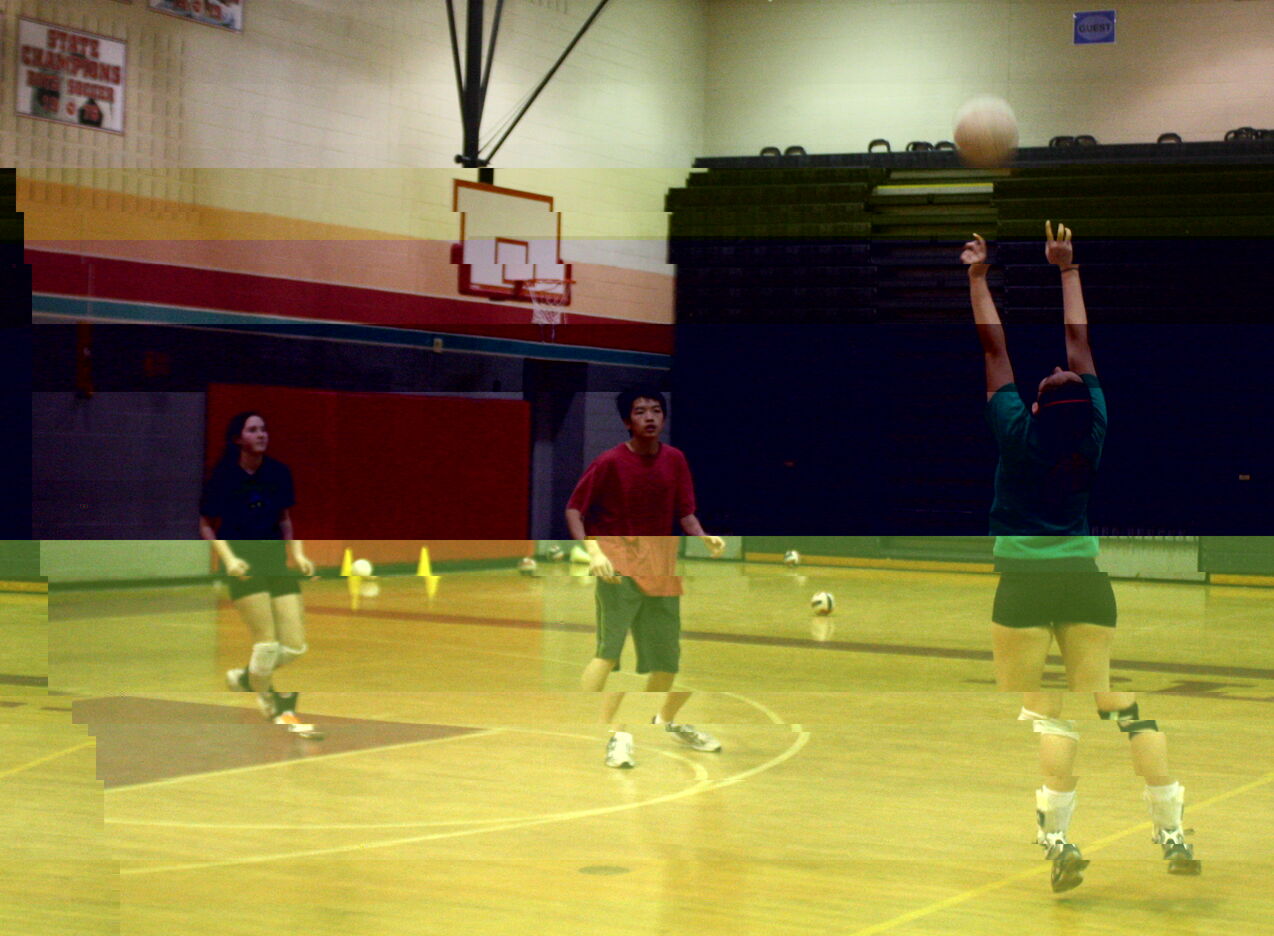 The boys' volleyball team, one of Montgomery County's best, finished a successful season last spring with a 11-1 regular season record and second place in the county championships. Despite impressive play all season, the playoff loss disheartened the boys. "I think I can speak for the entire team when I say we were pretty disappointed in how poorly we played that last game; we might have easily been county champs," senior Pin-Joe Ko said.

The team lost four seniors from last year's winning team, crucial components of the team that almost won the county championships. "Since ninth grade, our volleyball team has always had a reputation for having some of the hardest hitters and strongest setters in the county. However, with the loss of some key players in our offense, our team will definitely have to pick up the defense," Ko explained.

During the beginning of the season, the Blazers will be working on serving consistency and serve receiving, weaknesses from last year. With stronger serves and offensive plays, the team hopes to go farther in playoffs than it has in previous years. This year's starters have shown skill versatility on the court and together and should form a well-rounded team this spring. "Rather than one-track offensive hitters, we have team members, like [junior] Robert Huang," Ko said. 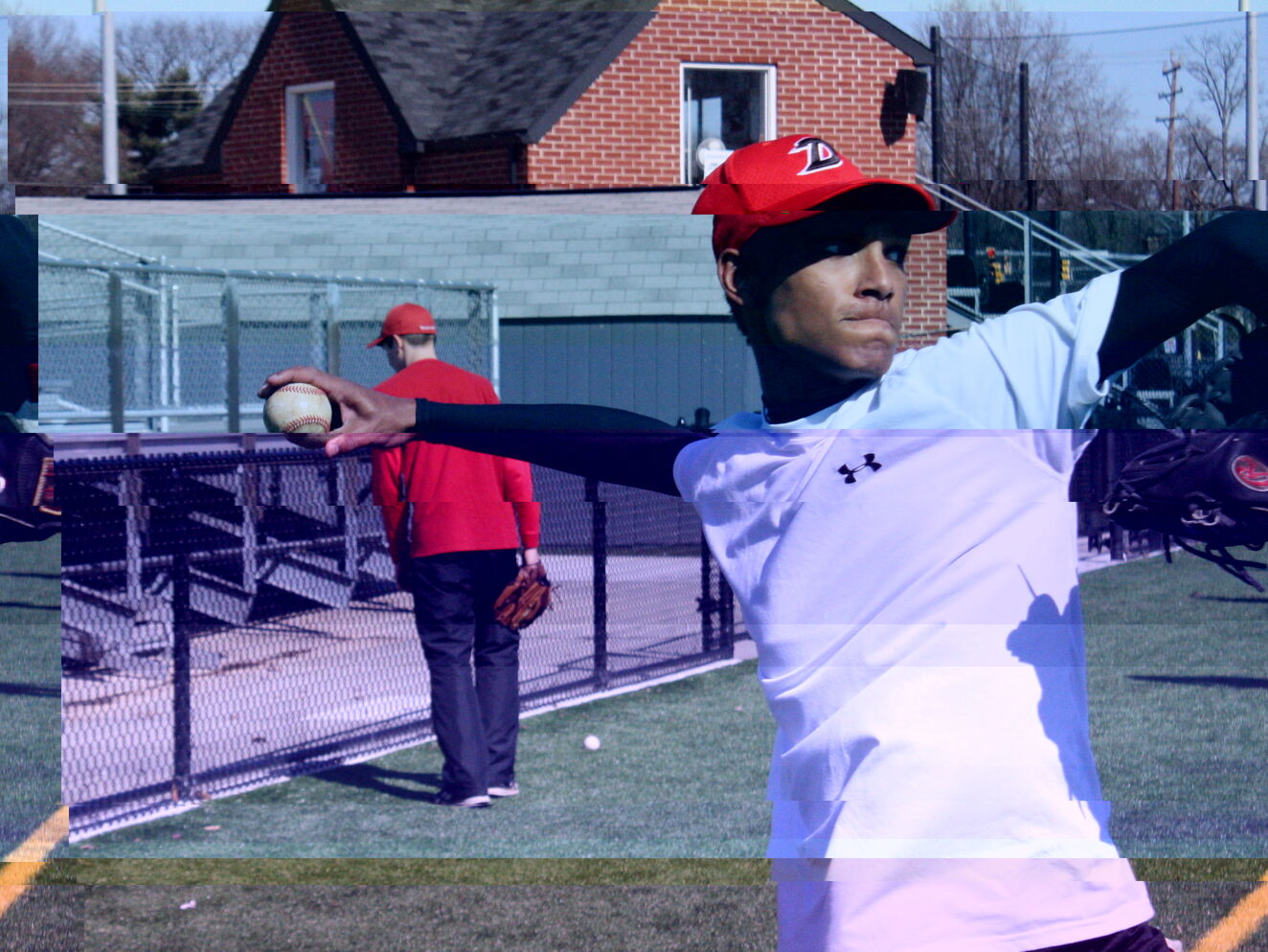 Last year's varsity baseball team finished their season with a 9-11 record after beating several county nemeses, including James Hubert Blake and Walter Johnson. This year's team hopes to build upon that success and go far in the playoffs.

Five out of eight position starters and five pitchers will be returning this year. The team's core is composed of a large number of juniors and seniors who plan to use their experience to guide the team to victory. After working hard in the offseason and playing for other club teams, the Blazers have kept their skills sharp.

The boys' baseball team will benefit from the skill on the mound. Senior Ben Hukill is confident that the team's strong and accurate pitching gives the team the ability to compete with any team in the county. "Our top pitchers can play with anyone, so we can beat every team on our schedule if they pitch well and our offense hits," he said. 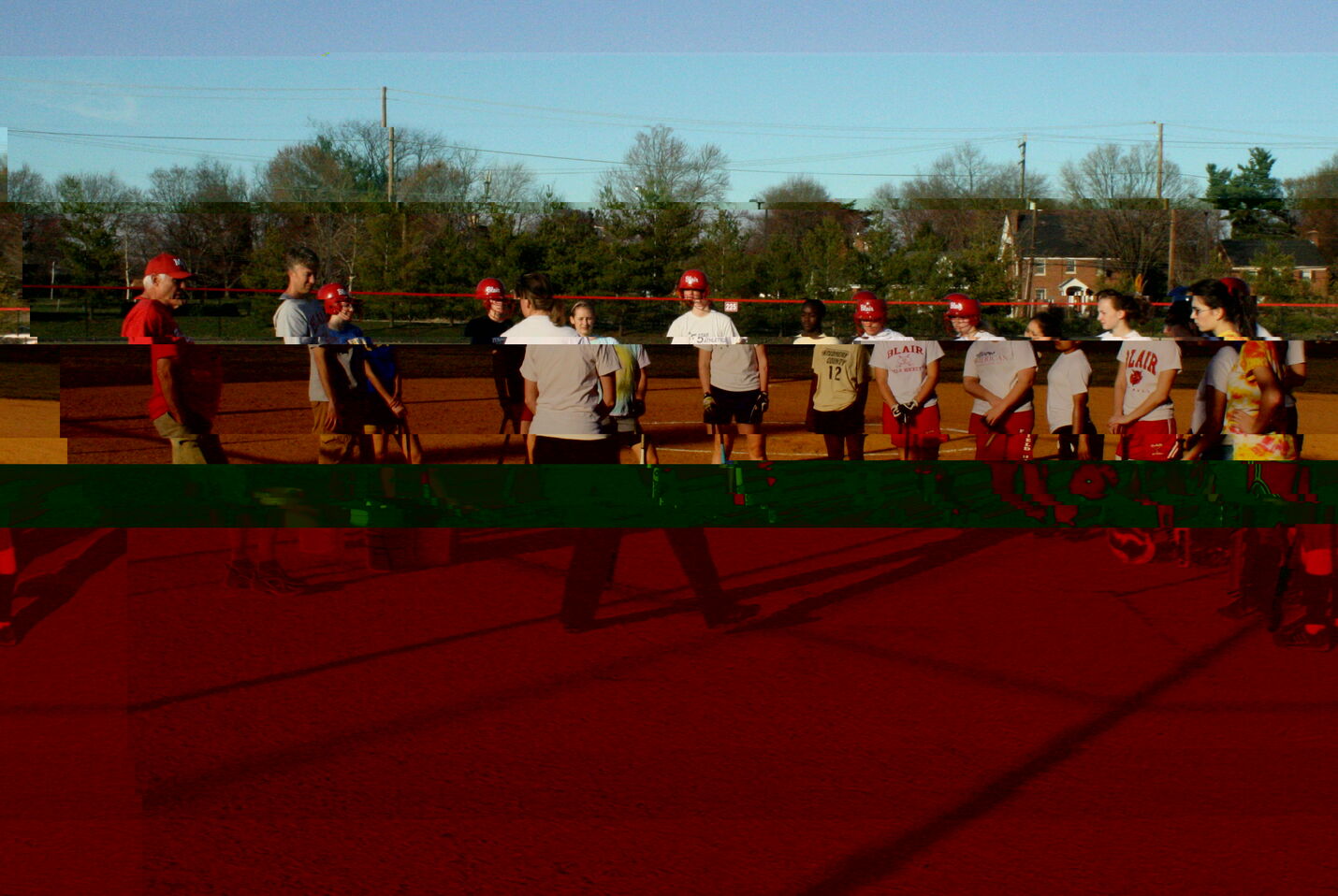 Photo: The softball team listens to instructions on how to improve their technique.

Photo: The softball team listens to instructions on how to improve their technique.

Varsity softball, fresh from last year's 13-5 season, will be using its integrated base of returning players for a strong record this season.

Last year's team was anchored by young players, including pitcher sophomore Samantha Schweickhardt. With the help of leadership from seasoned senior co-captains Lily Alexander and Chloe Sheridan, the team is focusing on consistent hitting. Junior shortstop Blake Morgan-Gamber, who has been on varsity since her freshman year, will provide a solid defensive force in the infield. Morgan-Gamber is known for using her agility to cover the entire field.

The team will have a strong core of pitchers, including Schweickhardt and junior Eve Brown, who have helped the team develop a positive outlook for the upcoming spring season. "I'm really excited about this year — I think all the returning players are fired up," Sheridan said.