School superintendent Joshua Starr will be ending his term on Feb. 16. The decision, which followed a report that a majority of the school board did not support the renewal of Starr's contract, originally due to expire June 30, has sparked controversy across Montgomery County, primarily due to lack of explanations from the Board of Education (BOE). At a press conference, Board president Patricia O'Neill described Starr as a "thoughtful, intelligent leader" who was "dedicated to children"—but failed to give any sort of reason as to why Starr has been effectively ousted.

Let's review the facts. Starr has been in office for about three and a half years. BOE members—who appoint the superintendent—made it clear that he would not be enjoying a second term. Starr asked to be released from his contract early, and will receive a very generous financial settlement. Chief Operating Officer Larry Bowers takes over until a replacement is found. 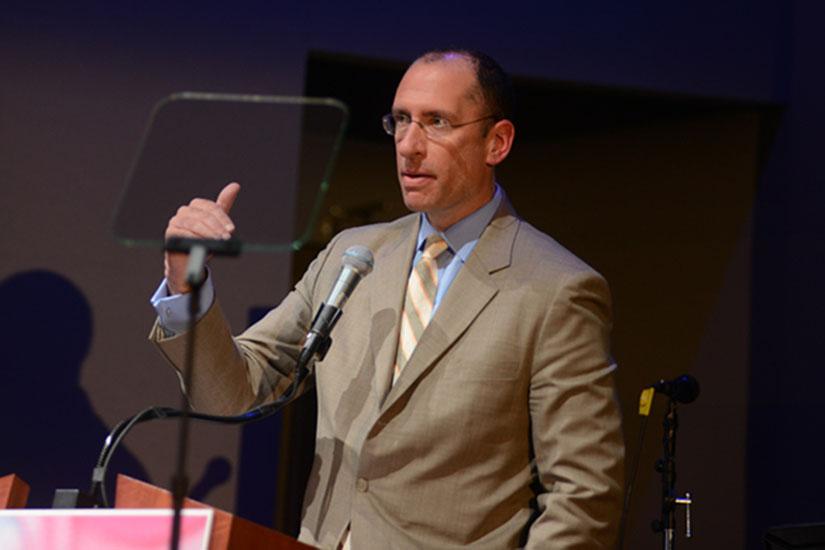 Now for the unknowns. Why is Starr leaving? He expressed that he would've liked to stay on until the end of the term. Why does the BOE want him to leave? Well, O'Neill and Starr were the only ones to speak at the conference, so no one actually knows.

All that remains is speculation.

Among Starr's achievements: narrowing of the achievement gap, higher graduation rates, more AP and IB classes, advocacy for the social and emotional health of students. Among his alleged failures: being indecisive and weak, clumsy handling of sexual abuse allegations and proposals to change the school calendar and delay high school bell times. Starr was also courted as a candidate for superintendent of New York City public schools, and is known for being vocally anti-standardized testing.

But this story is not about Dr. Starr, or his achievements or lack thereof. O'Neill, who appears to be a supporter of Starr, noted that "there are eight individuals on the board, with eight different thoughts, opinions, using their own instincts in evaluating the system." The members of the Board of Education are democratically elected representatives whose job it is to select and support a superintendent, and remove them only if needed. But the BOE doesn't seem to know what exactly they want in a leader—and if they do, they're not willing to share this knowledge with their constituents. In failing to provide answers as to why Starr is leaving, they are failing to give the people of Montgomery County the chance to evaluate their decisions.

The fact is, elected representatives do not get to just "use their own instincts in evaluating the system." Even kindergarteners know that if they make an unpopular decision—kicking someone out of the sandbox, for example—they'll have to explain their actions. It may be that they had an excellent reason: perhaps the other child was throwing sand, hitting people with their shovel or otherwise misbehaving. But if no one explains what happened, it's impossible to know who needs a time-out and who gets to continue playing.

So, did Starr deserve to leave? Maybe. Maybe not. There are far more important questions to be answered now, primarily concerning the BOE's standards for a school superintendent. What are they looking for, and why? The BOE members—our representatives—will most likely answer that question through their next selection for superintendent. Let's hope they get it right this time.

Tags: Board of Education Joshua Starr