Starting their first year at Blair, but also their last

For some seniors, their final year of school means starting over

Bertha Garcia walked in the door on the first day of school and was shocked by the number of students she saw and intimidated by the size of Blair. Although she tried her hardest, she got lost several times. She took wrong turns here and there, and walked into stairwell hallways instead of real ones. This may sound like a typical first day for freshman Blazers, but Garcia is a transfer student and this is her senior year.

There are over 20 new seniors at Blair this year, many of whom are having similar adventures to Garcia's. Their reasons for transferring range from hoping to improve their grades to wanting to experience school in America. But they all have received a warm welcome by the Blair student body.

Senior Nathan Henkai came back to Montgomery County from California, where he had moved in the middle of his 6th grade year. He was doing poorly in his new school there, so his parents let him choose between moving back to Silver Spring or transferring to another school in California. Henkai chose Blair because he already knew some students from his elementary and middle school days. 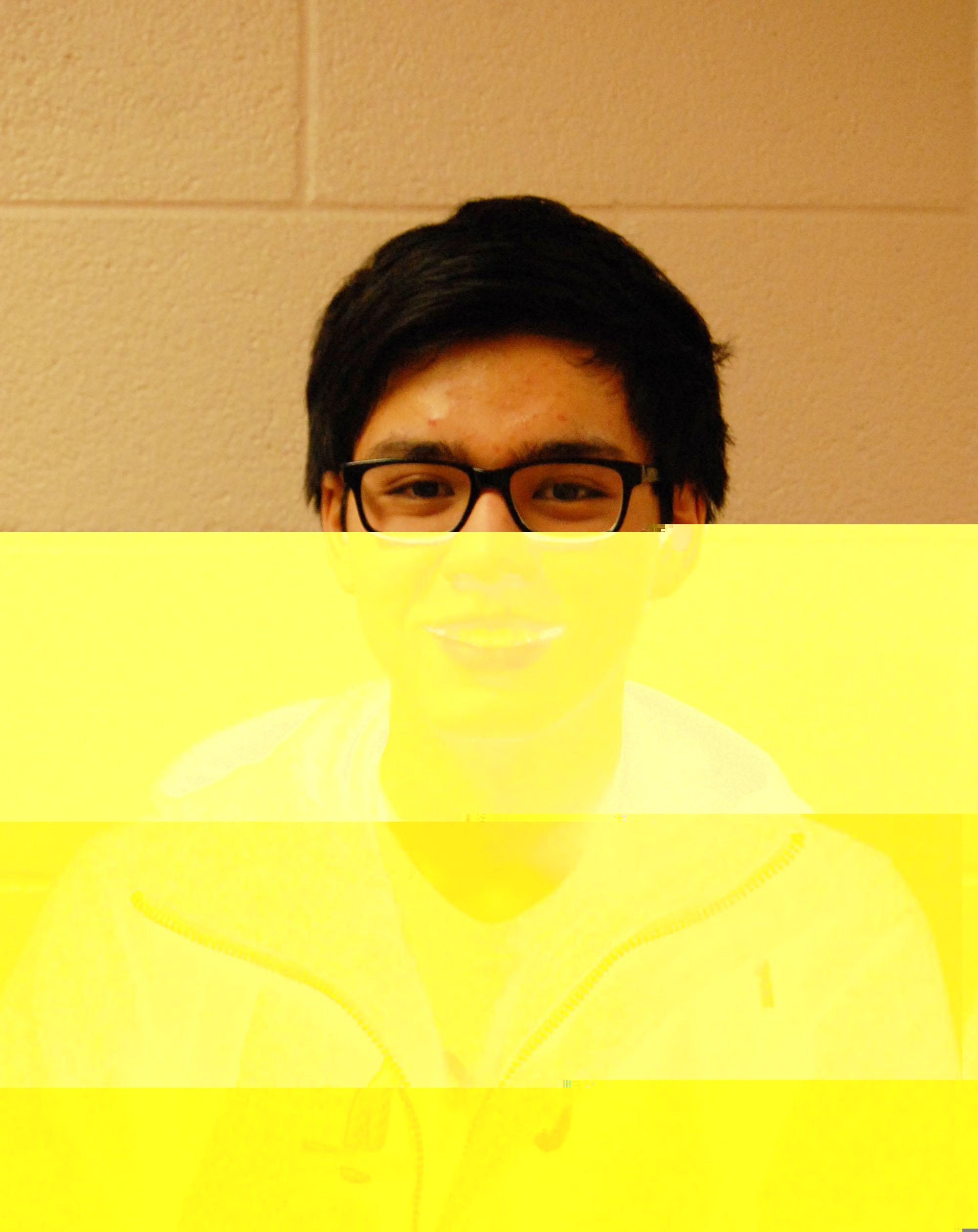 Like Henkai, Garcia is not completely new to this area. She lived in Montgomery County when she was little and transferred this year from Baltimore County Public Schools. Although Garcia did not know anyone when coming into Blair, she used to being the "new kid” at school and has already made many friends. "My parents like to try new places, so adjusting isn't hard,” she says.

Most of Garcia's brothers and sisters live in the area and her parents wanted to be closer to family so that her mother, who needed brain surgery, would always have someone to care for her. Garcia says that all of her older siblings graduated from Blair and that she has always wanted to do so as well. She says they always talked highly of Blair and that made her want to be a Blazer, too.

While transferring for Henkai and Garcia was only a process of moving back, for Abadir it was a huge cultural leap. Abadir was born in Rockville, but has lived in Egypt for most of his life because of his father's job. He had visited the U.S. before, but wanted to experience going to school in the States before attending college here. Abadir and his mother moved to Montgomery County to start the adjustment process early. "I want to go to college in the States and I wanted to make the transition easier,” he says.

For these three new seniors, the first word that comes to mind when describing their initial impressions of Blair is "huge.” They found both the number of students and the size of the building impressive. The environment of their old schools hadn't even come close to the one they found at Blair.

The accepting environment of Blair started when these seniors met with their counselors over the summer, says 12th Grade Administrator and Assistant Principal Andrew Coleman. The counseling department introduces the students to the rules of Blair and makes sure they know how the school runs. "I want to be the outstretching arm from the administrators,” Coleman says. He wants to be able to develop a relationship with the seniors to make them feel welcome and regrets that he can't meet with all of them because of the number of students he has to work with.

The new seniors say Coleman's attitude mirrors the openness of the student body. "People are really friendly and more tolerant [here] than [at] my other school,” Abadir says. Abadir explains that at his old school, the Egyptians would never have been as open to a new American student as Blair students were to him. His old school was also smaller - it was grades K-12 and only had 1,000 students - and they had all known each other their entire lives.

The warm welcomes from students at Blair have helped Garcia, Henkai, and Abadir find friends and fit in, but they say they are still in the adjusting phase.

"I'm still meeting new people because it's such a big school,” Garcia says. She wishes she could have gone to Blair all four years, but is still enjoying her senior year. Henkai is as well, and says that being at Blair has relieved a lot of stress that his old school was causing him. He is happy to be back and catching up with his friends from middle school. "I would have been completely lost at the other school,” Henkai says.

Although these Blazers have just arrived and are enjoying Blair, they are nonetheless making plans to leave. They are ordering their caps and gowns, applying to colleges and anticipating graduation day like all the other members of the Class of 2012.