On Tuesday, Jan. 28, with more than half of Americans disapproving of his presidency, Barack Obama delivered his annual State of the Union address, promising more jobs, a better economy and less congressional gridlock. In case you missed it, here's a brief recap of his main points. 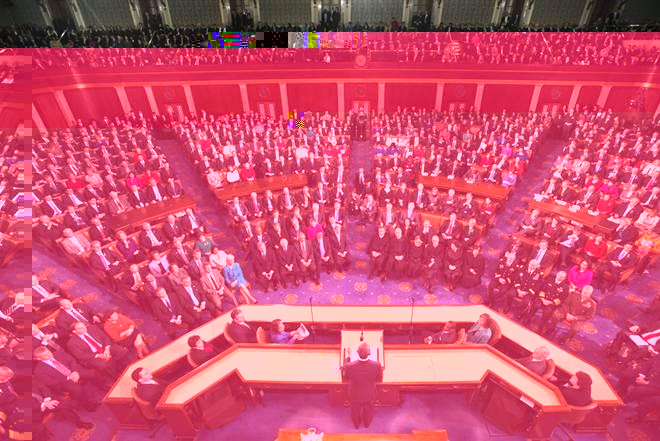 State of the Union

Photo: The nation gathered to listen to President Obama's State of the Union Speech.

Photo: The nation gathered to listen to President Obama's State of the Union Speech.  Photo courtesy of NBC Politics.

Jobs and the Economy
This was the bulk of Obama's speech. The two most important things he emphasized were creating more jobs and closing the gap between the rich and the poor. Basically, Obama plans to have more, better jobs by stopping outsourcing, promoting small business and entrepreneurs and promoting technological innovation. He wants better training for these jobs, so that America can be more competitive on a global scale.

Obama also has goals to make the job market better by raising the minimum wage to $10.10, which he plans to do by surpassing Congress with an executive order. He wants to restore benefits for the unemployed and to improve retirement options for workers by introducing a new program called MyRA, which will help them save money. He touched on equal pay for women, which he strongly supports.

Lastly, he discussed Obamacare, his universal health care plan, telling Republicans that although he recognizes that they'll never truly support it, he wants them to stop arguing and voting against it because it has already become a law.

The Environment
Obama stressed the reality of climate change in his speech, possibly as a result of so much Republican denial after the polar vortex. He encouraged development of alternative energy sources, such as natural gas and solar power. Obama also plans to tax companies that work with fossil fuels, to create "a smarter tax policy that stops giving $4 billion a year to fossil fuel industries that don't need it, so we can invest more in fuels of the future that do."

Education
Obama stressed the need to help students reach their potential in terms of education through preparation for the workforce. He praised the efforts of his Race to the Top program and spoke vaguely about better support for teachers and students. He also mentioned improving internship and college experience opportunities. Obama briefly touched on bringing technology into classrooms by giving students high-speed Internet and said that he wants to cap student loans. 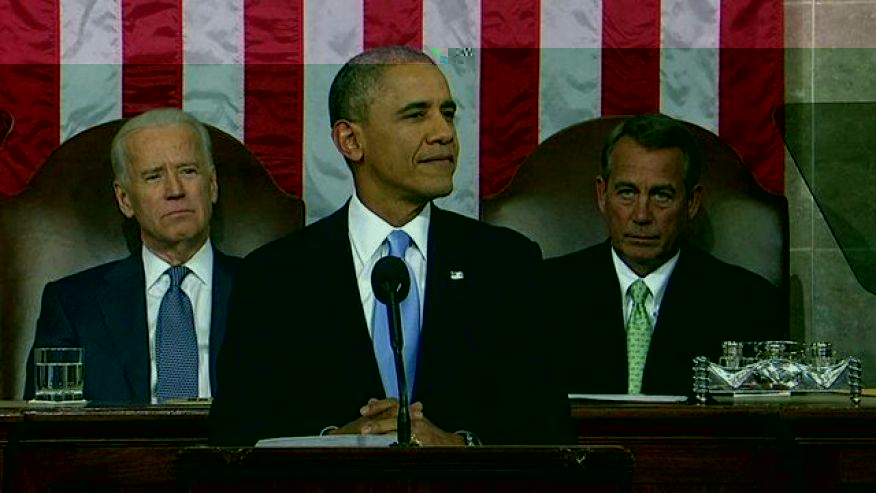 State of the Union 2

Foreign Policy
Obama encouraged strong diplomatic negotiation, citing Iran's nuclear program as an example. This could also relate to the implementation of a two-state solution in Israel-Palestine. His next major point was stopping terrorist networks around the world and remaining vigilant. Obama has imposed regulations on drone strikes that he hopes his critics will appreciate.

Obama also discussed fully stabilizing Afghanistan so that American troops can leave. He mentioned intelligence reform and closing Guantanamo Bay, something he has been pushing for for a long time. He described our strong alliances with Europe and Asia, which he hopes to maintain. Finally, he highly praised the military and promised to fix the Veteran's Administration so that veterans can receive the benefits they deserve.

Congress
Throughout his speech, Obama talked about Congress. Since this Congress has been the least effective in the history of our country , he claims he will try his best to work around them when he can, for example, using executive orders.

Republican Response
The Republican response, to quote Jon Stewart, came in "four delicious flavors:" Representative Ileana Ros-Lehtinen of Florida, Senator Rand Paul, Representative Cathy McMorris Rogers and Senator Mike Lee. They centered mostly on Obama's policies, such as Obamacare, and his new stance to work around Congress, which they feel is a power grab and unconstitutional.

Despite his best intentions, Obama's speech had a very small effect on public opinion. A poll from Roll Call reports that it had no effect on his ratings. The speech was much less ambitious than his previous speeches have been in terms of actual content and plans, introduced very few new ideas and reused many of them, such as implementing universal pre-K and raising the minimum wage. The State of the Union rarely has an effect on congressional action, however, according to Young Democrats club Vice President Max Foley Keene. "It just recycled policy from last year. Really, it doesn't even have the ability to set policy. A lot of what he says has an effect on the state, but there's no chance of passing it through Congress," he said.