STEM education for all

Discrimination should not limit students' access to STEM resources

Everyone deserves to have access to Science, Technology, Engineering and Mathematics (STEM) resources, programs and opportunities regardless of their race, religion or gender. This should go without saying, but a recent event has demonstrated that even today, politics can come between girls and STEM opportunities by preventing an all-girls team from Afghanistan from entering the United States for an international robotics competition. 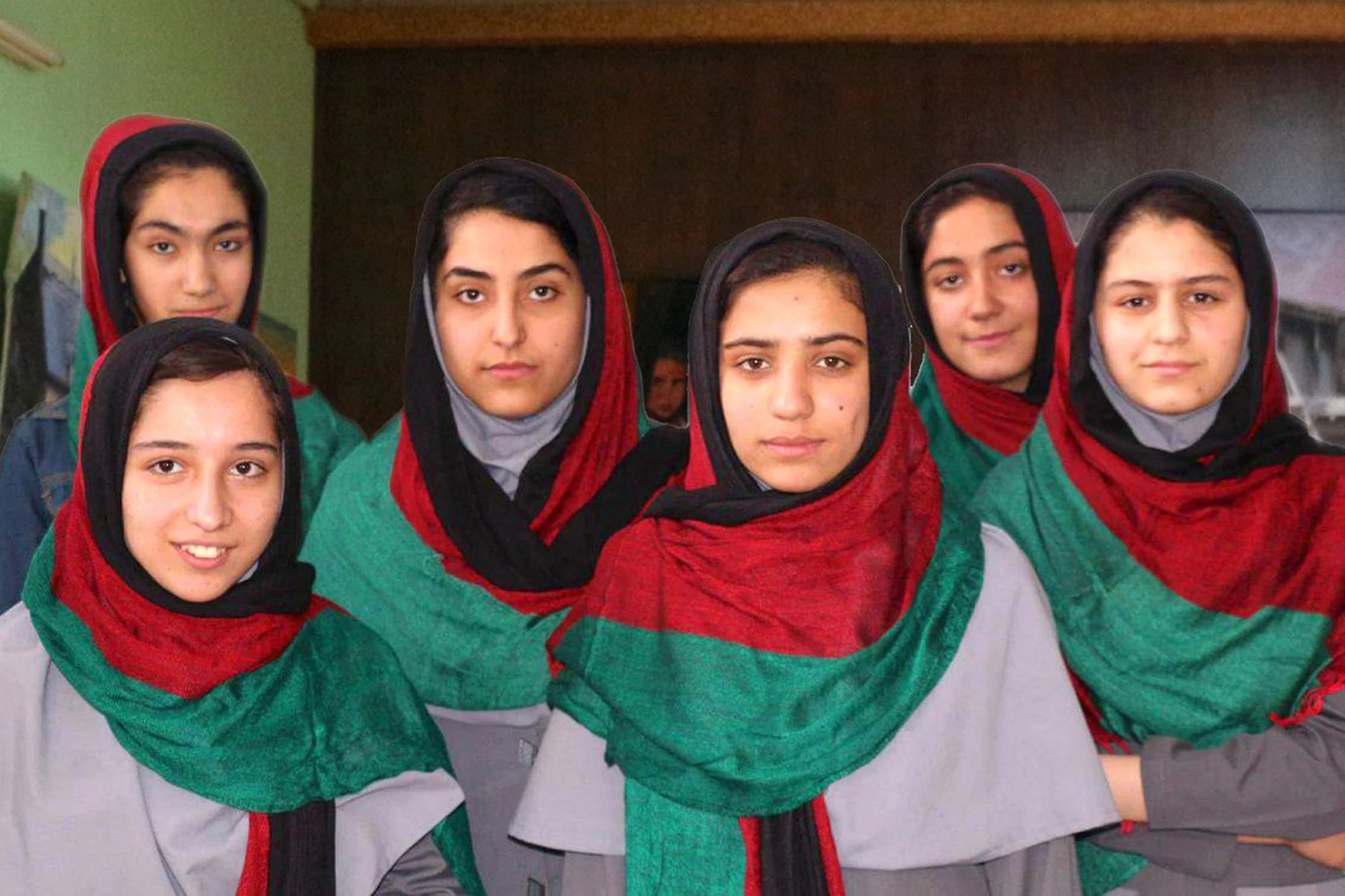 Photo: FIRST Global's Team Afghanistan is composed of six young girls with a passion of STEM.

For Inspiration and Recognition of Science and Technology (FIRST) is an international organization dedicated to providing students in grades K-12 an opportunity to participate in engaging robotics programs, in hopes of fostering interest in STEM careers at a young age. From July 16-18,FIRST Global, an annual robotics competition, was held in D.C, and teams from over 160 different countries traveled there to compete with their robots.

Over the past few months, a team composed of six Afghan girls had been hard at work on their ball-sorting robot, and at last they were ready to make the almost 7,000 mile journey to the United States. But after receiving news that their visa applications had been denied, they were justifiably heartbroken. 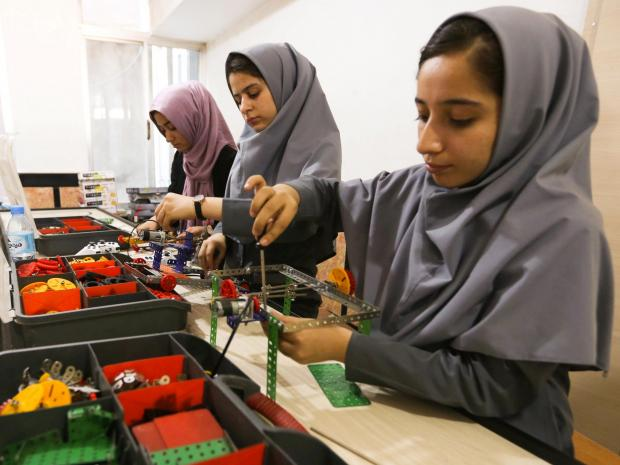 Photo: Team Afghanistan works diligently on preparing their ball-sorting robot for the competition.

Photo: Team Afghanistan works diligently on preparing their ball-sorting robot for the competition.  Photo courtesy of The Independent.

In aMashable interview with Roya Mahboob, one of the team's mentors and Citadel software company founder, when the girls heard the news, "they were crying all day." Mahboob recalled difficulty in discussing the situation with the girls, stating, "they're young and they were very upset."

All these girls wanted was a chance to present their hard work and efforts by competing and to inspire other young children to follow their lead. In their team statement they wrote, "Most breakthroughs in science, technology and other industries normally start with the dream of a child to do something great. We want to be that child and pursue our dreams to make a difference in people's lives." 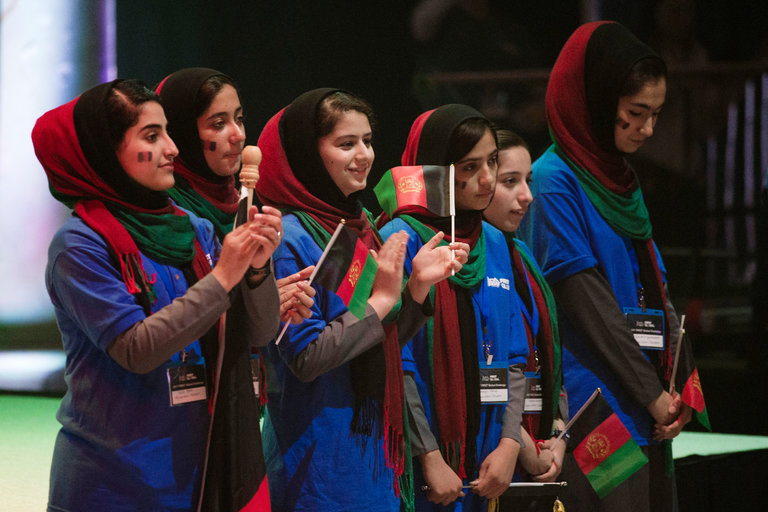 To fully understand why this is such a critical global issue, it's important to consider the state of Afghanistan's education system. Currently, much of Afghanistan's population is illiterate or lacks a complete education. As a result, very few children, especially girls, are left with the ability to pursue STEM careers. According to the Central Intelligence Agency (CIA) World Factbook, the current literacy rate in Afghanistan is 38.2%, and for females, 24.2%. For girls aged 12-15, 66% of females are out of school. These statistics further highlight just how remarkable these girls' efforts are in forming a FIRST robotics team.

That is why the team's visa denial is so disappointing. These students are seizing an opportunity unattainable for many people in their country in an effort to become young leaders in STEM, only to be denied entrance to the U.S. twice and forced to watch the competition via Skype back at home.

Ever since the Muslim terrorist group Al-Qaeda launched attacks against the United States on September 11, 2001, many Americans have begun to fear for their safety, and therefore associate all Muslims with terrorism. Unfortunately, President Trump's administration officials have not done much to calm these fears. Rather, they have expanded them by repeatedly attempting to pass a controversial travel ban on immigrants and refugees from Muslim majority countries. However, it's worth noting that FIRST robotics teams from other Muslim majority countries mentioned in the travel ban, such as Iran and Syria, have been allowed to compete in the competition. Therefore, there's no legitimate reason as to why the Afghanistan girls were prevented from traveling to the U.S in the first place. 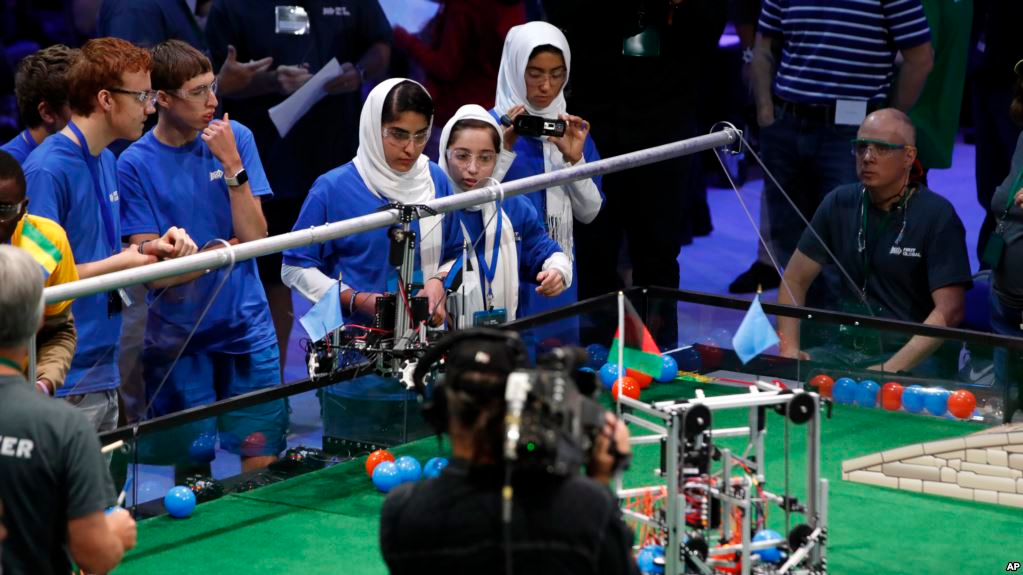 Photo: Members of Team Afghanistan watch eagerly as their robot competes for the first time.

Photo: Members of Team Afghanistan watch eagerly as their robot competes for the first time.  Photo courtesy of VOA News.

Those on Blair's very own FIRST Robotics team, The Blair Robot Project, agree that the decision to deny the team's visas was awful and unjustified. The team tweeted out, "Sad to see politics getting in the way of girls in STEM. Team 449 will miss Team Afghanistan at FIRST Global in July."

Fortunately, on July 12, the girls were finally granted approval to travel to D.C after the Department of Homeland Security approved a request from the State Department for the entire team and Mahboob to attend the competition.

After receiving news of the team's approval, FIRST Global President John Sestak rejoiced and spoke out in favor the agency's decision in a statement . "I truly believe our greatest power is the power to convene nations, to bring people together in the pursuit of a common goal and prove that our similarities greatly outweigh our differences," he said.

Although the situation regarding the girls' visas was resolved, the situation brings to light the importance of a STEM education for young children. Providing access to appropriate STEM resources and materials is an issue that is not limited to the United States or Afghanistan. It's a global issue, and a critical one. Around the world, many young, aspiring students are not given sufficient opportunities to engage themselves in STEM programs or careers. Therefore, when programs like FIRST Global give students valuable chances to show the world their passion and skills, they should be encouraged rather than turned away.