Storyteller's performance mixes drama and narrative in a tale of fear

Professional storyteller and Blair parent Noa Baum performed her show "A Land Twice Promised" in the auditorium during sixth period yesterday. Her performance centered on the Israeli-Palestinian conflict, using dialogue and stories told from perspectives of her and her family and friends, both Palestinian and Israeli. 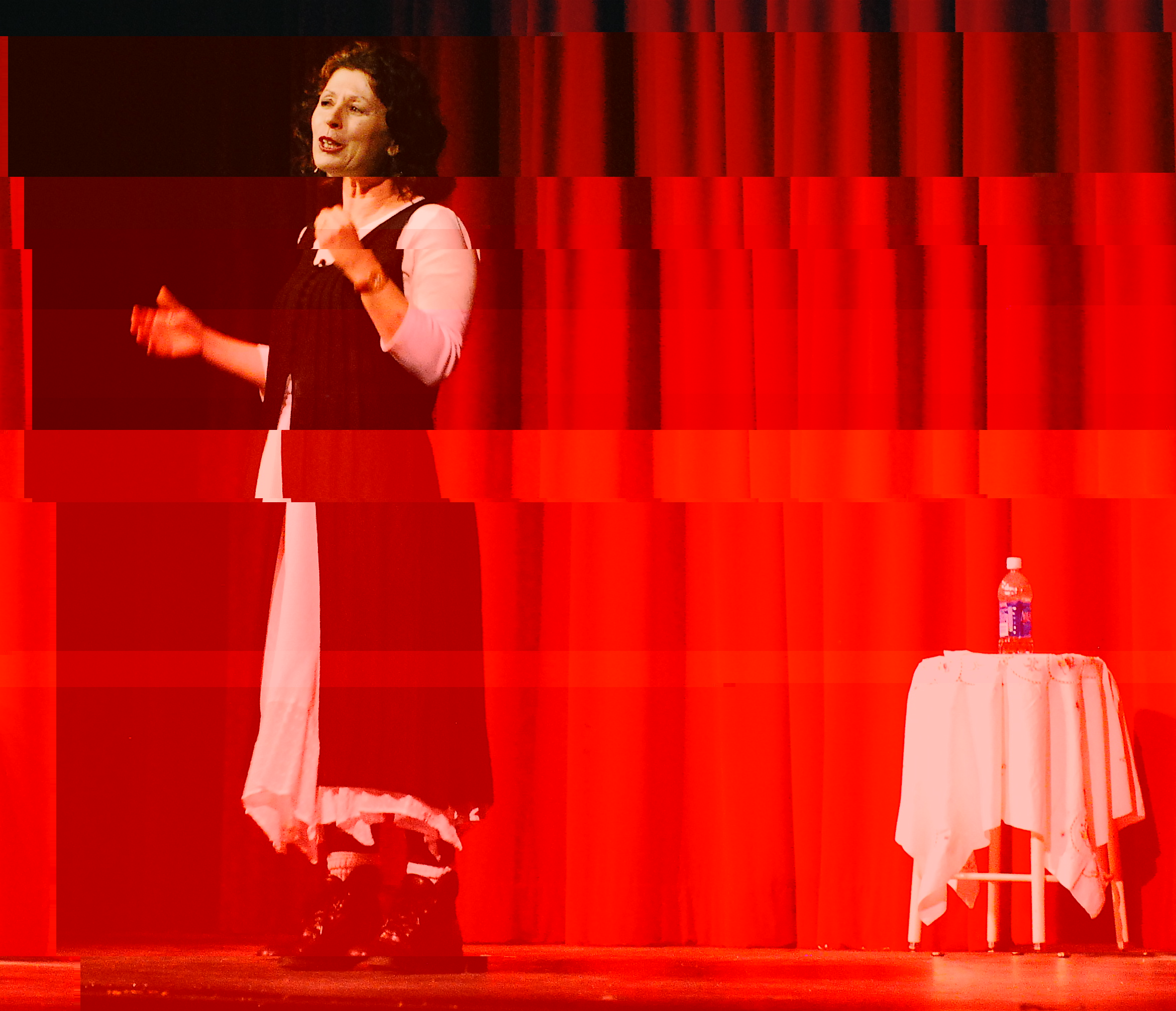 Photo: Noa Baum told stories of the Israeli-Palestinian conflict to Blazers in the auditorium on March 16.

Photo: Noa Baum told stories of the Israeli-Palestinian conflict to Blazers in the auditorium on March 16. Photo courtesy of Lauren Poor.

Baum opened her show by impressing upon her audience that she was not there to try to tell the history of the age-old conflict or the story of the two countries, but to relate personal narratives. She began telling the story from her own perspective, as a small child looking upon the city of Jerusalem, "a divided city where buildings are made of stone," with her mother.

She spoke of befriending a fellow Palestinian mother named Jumana in Davis, Calif., a place where the most pressing political concern was how to prevent frogs from being squashed. She wove her tale from narratives - her childish dreams of saving her country and instilling peace, Jumana's tale of being arrested for merely trying to travel to university, her mother recounting helping the wounded in Jerusalem and Jumana's mother's first sighting of a Jewish man - all tied together through fear of the "other."

Baum alternated between stories of fear from both Palestinian eyes and Israeli eyes until ethnicity no longer distinguished the narratives. Baum concluded her performance by recanting the way her mother and Jumana's mother would push plates of food at their daughters with encouragement and good cheer. "Nobody in America pushes a plate at you like that," she said. "Aren't we then cousins? Cousins, from the same land."

Baum has showcased "A Land Twice Promised" across the country and in Europe. "People connect with stories and take from it whatever they need," she said, but her intentions are simple. "The main thing is for people to want to learn more, and be willing to approach different people."

Baum, the mother of senior Maya and freshman Ittai Baum, was invited by drama teacher Tami Jeral to perform. "I'm always looking for field trips that are meaningful and connect students to the world at large," said Jeral. She remembered Baum's last Blair performance of "A Land Twice Promised" four years ago and thought it would be a valuable experience to bring again.

Many of the audience members greatly appreciated both the drama and the current events aspects of Baum's performance. "Her presentation was very moving, especially because I never really learned much about the Israel-Palestine conflict," said freshman Sally Barth. "Now I want to look into it."

Freshman Claire Boston was also impressed with Baum's acting and storytelling skills. "I really liked the portrayal of different characters and her smooth transitions," she said.

More information on Noa Baum's "A Land Twice Promised" can be found here.