Student members of the board who won't leave you bored

By now, most of us are familiar with the voting process for the MCPS Student Member of the Board of Education (SMOB). The SMOB sits in at board meetings and is allowed to propose ideas for, discuss, and occasionally vote on educational legislation. It's important that all voting students are familiar with the candidates' platforms and experience since, of course, one of them will be the sole representative of the entire MCPS student body. Luckily, SCO has you covered: our profiles of the two candidates will give you the rundown on what they plan to bring to the table as the 2015-2016 SMOB. 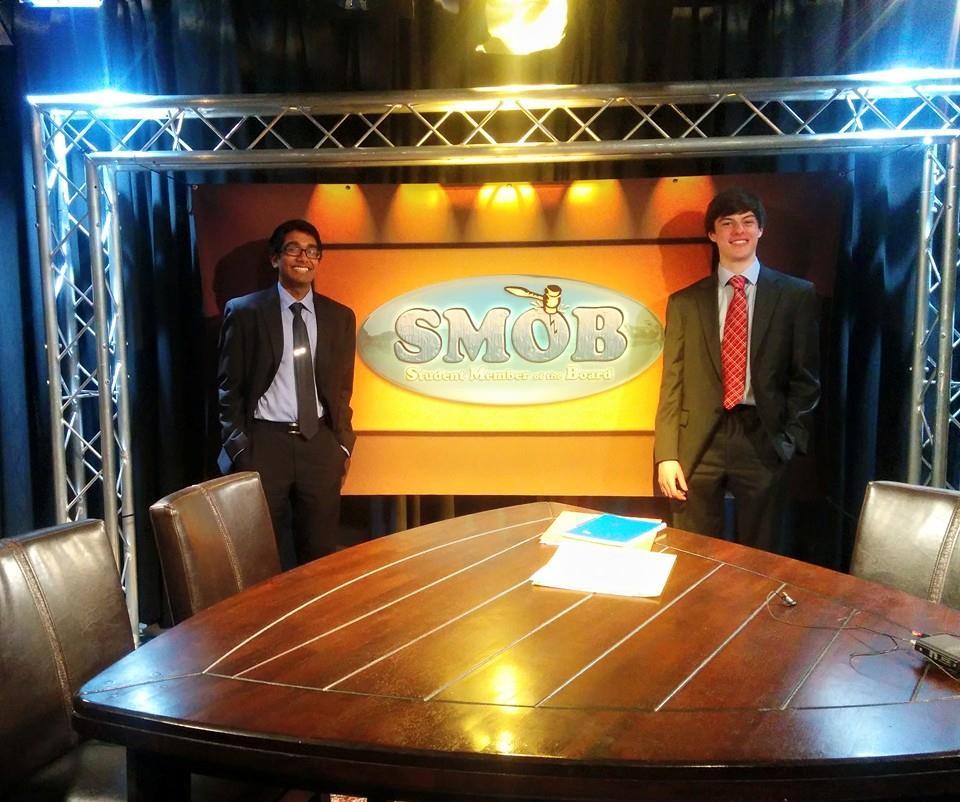 Rachit Agarwal is a junior in the International Baccalaureate program at Richard Montgomery High School. He has been involved in the technological aspects of student government since middle school, when he designed the website and worked in social media for the Montgomery County Junior Council (MCJC). Currently, he is the technological and media deputy at both his school and the Montgomery County Regional Student Government Association (MCR SGA), as well as the Chief of Technology on current SMOB Dahlia Huh's council.

Agarwal believes that his tech makes his platform effective. "I plan to implement technology in three ways: open communication between Montgomery County students, open technology helping teachers incorporate free apps such as Google Classroom and Genius in the classroom, and open scholarships helping students find scholarship opportunities relevant to them," he says. To achieve his first goal, open communication, Agarwal is currently developing a smartphone app called Mocolounge. "The app allows students to talk to each other in an interactive forum that can facilitate meaningful discussion on county issues," he says. "It also allows members of the Board of Education to read student opinions."

Agarwal also believes the realism of his platform makes it effective. "I want to focus on bringing realistic changes without going through 'red tape'," he says. "A lot of the time the budget restricts us from bringing change, but, for example, partnering with test prep companies to bring prep to schools, visiting schools to learn student opinions or implementing free classroom apps will help us make small changes with significant effects on students."

Eric Guerci is a junior at Bethesda-Chevy Chase High School. He is no stranger to leadership positions, serving as the vice-president of the MCR SGA as well as the class officer for his school. He also worked as a policy advisor to 2013-2014 SMOB Justin Kim.

Guerci believes his position as the MCR SGA vice-president has given him a lot of the experience and preparation necessary to represent Montgomery County's students as their next SMOB. "As the vice-president of MCR SGA, I was elected to represent the voice of over 40,000 students," he says. "I have been making trips to Annapolis and Rockville to attend board meetings and visiting schools so I understand what the job entails." Guerci also believes his personality makes him a good representative for MCPS students. "I'm communicative and approachable, making students more likely to discuss current issues with me," he says. "I also believe that I am similar and have very similar views to the student population as a whole, and that I can effectively empower us in front of the board."

Guerci has crafted a five-point plan highlighting the key issues he plans to focus on during his time in office. "The plan I've laid out for next year involves expanding technology implementation in schools, expediting school renovations, changing grade policy in terms of homework and assessments, decreasing classroom sizes, and implementing project-based learning to combat the achievement gap," he says. "These are goals that can be realistically attained in the 365 days I have in office."

Guerci also plans to focus on making school more enjoyable and engaging for all students. "Based on a survey, only 55 to 60 percent of students are feeling engaged in classrooms," he says. "I've talked with Dr. Starr about decreasing students' workload by eliminating busy work for homework as well as redefining standardized testing's role in schooling." Guerci believes that reworking the system of homework and testing in schools could also reduce the achievement gap. "Testing can take away valuable class time from the students who need it to learn and get help," he says. "The ability to lead, learn, and succeed in the future is not affected by scores on standardized tests."

Who do you plan to vote for the next SMOB? Let us know below in the comments!

Tags: Eric Guerci Rachit Agarwal Student Member of the Board