For some students, four years of hard work in a language program at Blair can result in a deep and holistic understanding of a foreign language. Unfortunately, this is rarely the case. The majority of Blair students only learn the basics of a language and possess a surface level understanding of that language's related culture and history by the time they graduate high school.

Effectively teaching a foreign language to high school students is difficult to accomplish. In the field of language education, the criteria of what exactly comprises efficient language teaching continues to elude teachers, students, and administrators. The extent of which a student learns is dependent on a variety of different conditions, including age, home encouragement, commitment and the teacher. Of course, all of these factors vary for each Blair student, but an overall trend can be seen where the rigor required to learn a language is only applied towards the end of Blair language cycle, in levels four and above. 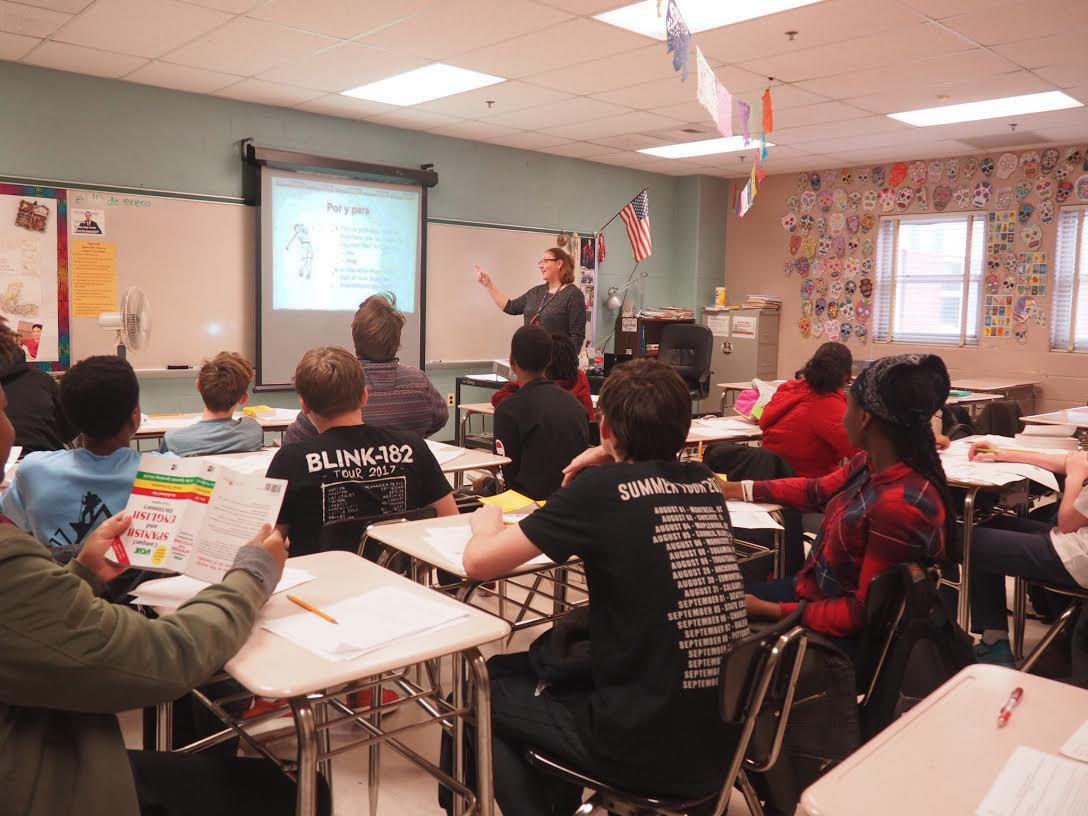 MCPS takes a six year approach at teaching a foreign language, where each year represents a level. Levels 1-3 are meant to establish a basic understanding of speaking, reading and writing. Culture and history are not the emphasis of the class. By the end of third year, a surface understanding of the language is developed as students learn the fundamentals of how to speak, read and write. The curriculum includes past, future, and present tense however, present and past seem to take priority and be the strengths of Blair students. Blair freshman Katalin Schuffert, is in Japanese 1 and describes the class, "We mostly repeat and memorize different phrases and vocabulary words. She [Teacher Zoll Yoko] hasn't taught us tenses yet, only the alphabet," Schuffert explained.

While students do cultivate a basic knowledge of a foreign language in the first three years, the amount learned is not adequate enough to provide MCPS students with the ability to speak the language effectively and with fluidity, because there is not enough opportunity to practice. Blair teachers only have four years to teach students, but a six year program is maintained. This innately diminishes the chances that students will be able to learn a new dialect if they start learning a new language in high school.

Levels 4-6 in the MCPS language cycle are where students can really polish their speaking, reading and writing abilities. The curriculum is inherently more rigorous because culture and history are intertwined in lessons. Students learn more complex sentence structures like subjunctive, present perfect and pluperfect. Diction is significantly improved and an emphasis is put on speaking with fluidity and intricate word choice. Years 4-6 are able to accomplish this because the curriculum calls for a different type of teaching. Teachers are encouraged to facilitate in-depth discussions on multi-dimensional issues concerning the foreign language. For instance, in Spanish Five, students examine the attempt at secession in Catalonia, Spain and debate the validity of the issue, all in Spanish. This fosters an environment where students have to apply their Spanish speaking skills in complex speech and learn about what is happening in Spanish speaking countries. 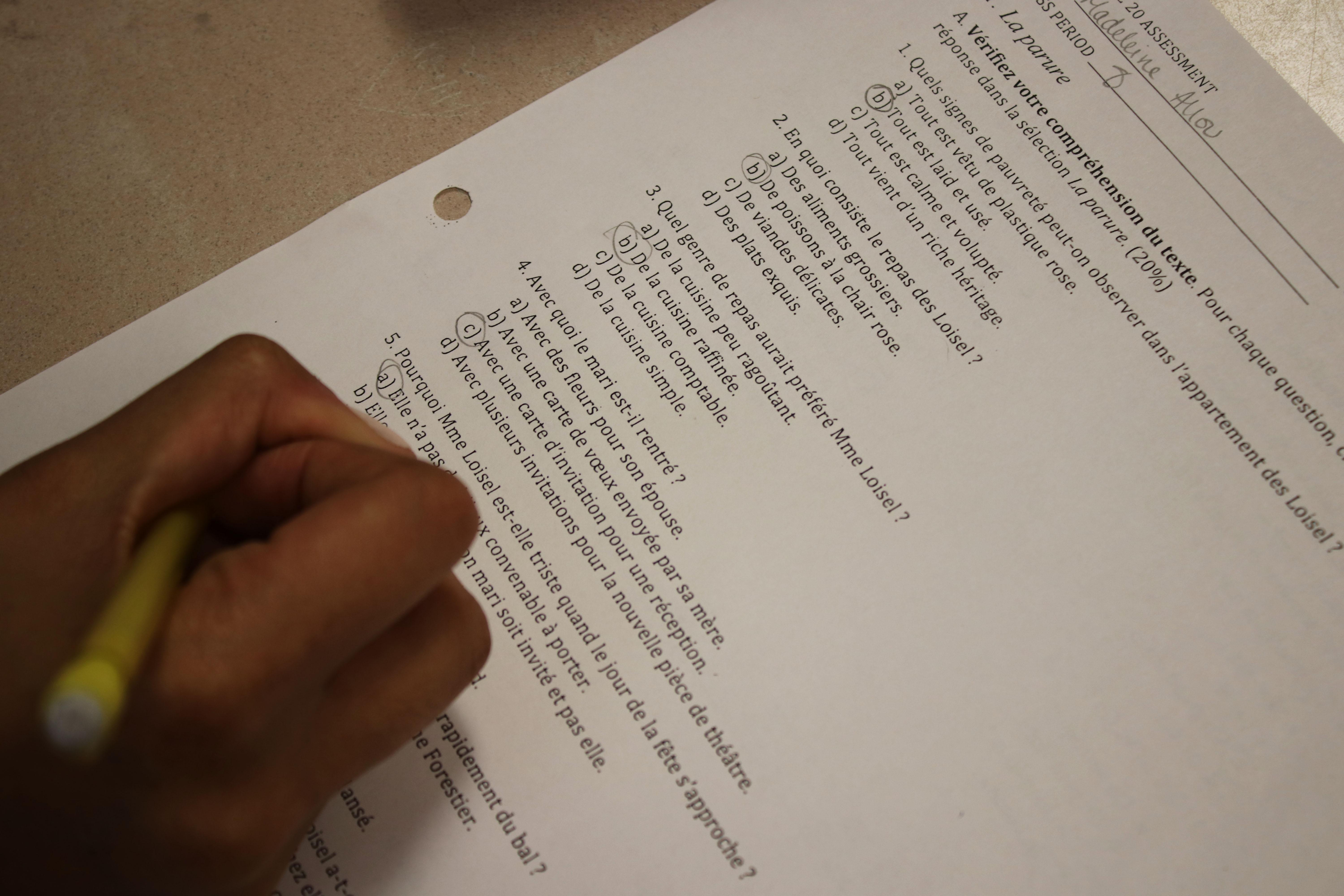 Blair Junior Abhin Kurella describes the ambiance of a Spanish 5 class, "I'm always engaged in Sra. Cuadrados class, the discussions we have [in Spanish] are interesting and I learn the most from speaking and listening to as much Spanish as possible", Kurella said. In addition, teachers only speak in the foreign language, rarely reverting back to English. In comparison to Levels 1-3, where teachers instruct in both English and the foreign language, levels 4-6 restrict communication to only the foreign language, putting students into an environment where they are forced to continuously use the dialect.

As a result of the increase in rigor, many students drop out after level 3 or 4. When students make it level 6 however, they have learned the language proficiently. James McGee, a Blair Junior, is currently in Spanish 6 and believes he has adequately learned the language. "In AP spanish [level 6], you learn the skills needed to help you live in a Spanish-speaking country. I went to El Salvador over the summer and I was able to communicate with the locals with little to no problems," McGee explained.

Unfortunately, Blair's foreign language department can't teach students to speak a new language effectively by the time they graduate due to the fact that the MCPS language cycle is geared for students to achieve proficiency after six years. It is extremely unrealistic that students can learn a new dialect in four years especially because the rigor required to achieve proficiency is only applied in the last three years. Therefore, if a Blair student starts to learn a new language as a freshman it is unlikely they will have a deep and pervasive understanding by the time they graduate. For the majority of students, only a limited knowledge of culture and history is developed due to the fact that it is only effectively integrated in the final three levels of the language. The best way to learn a new dialect through the Montgomery County Public School system is to start in middle school. If a student fails to start the learning process early, the likelihood they are able to develop a deep and holistic understanding of the language greatly diminishes.