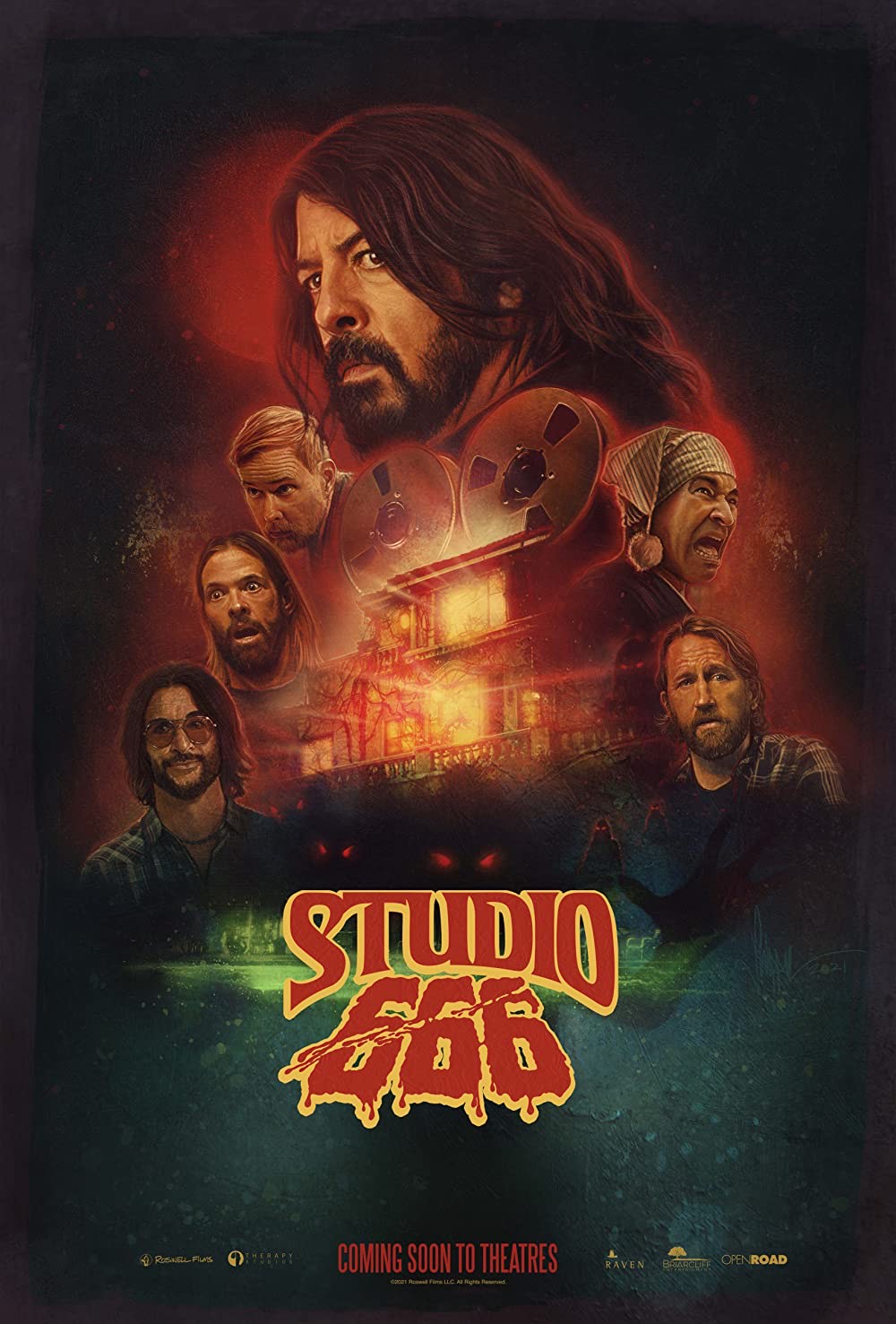 “Studio 666” does not deserve a pity laugh nor a pity scream. The Foo Fighters’ attempt at a “Scary Movie”-esque horror-comedy is laughable in a way director B.J. McDonnell probably wasn’t aiming for.

The 106-minute film covers the band recording their 10th studio album in a creepily-haunted house in Encino, California. The Foo Fighters (Dave Grohl, Taylor Hawkins, Rami Jeffe, Chris Shifflet, Pat Smear and Nate Mendel), staring as themselves, learn another band in the nineties also tried to record an album in the house but were brutally murdered before they could finish.

The movie begins with Grohl working on some guitar riffs for new songs on the album, but he is only able to produce songs that the band has already released. Grohl scraps the album and falls into a downward spiral of insanity and gore with his bandmates. He becomes obsessed with finding the right acoustic sound in the abode for the perfectly spooky drum tone.

Then, when exploring the basement of the house, a borderline psychotic Grohl finds an old tape containing an unfinished song made by the deceased band that formerly resided in the vacation home. He decides that the song is the key to the unfinished album.

The band is unable to properly finish the song because Grohl is possessed by the spirit of the music. The song seems to never end, and, similarly to the dead band, the group falls into the deranged depths of a tortured artist, and they become obsessed with the song.

Despite the bloodiness in the slasher-like scenes, the comedy overpowers the film’s horror elements. The childish jokes are incredibly unappealing and cause potentially funny scenes to stretch out into weak punchlines.

McDonnell attempts to further the movie’s comedic efforts with supporting roles from Samantha (Whitney Cummings) and a zany pizza delivery man (Will Forte). Their brief appearances have little impact, so the little amount of humor in the movie is brought forth by Grohl.

Grohl is the leader of the band for a reason; his strong screen presence is one of the film’s few notable parts. Out of the band, he is the most experienced actor, and the awkward presence of the rest of the band makes that even more obvious.

Their weak performances are, however, accompanied by a decent metal soundtrack. The score isn’t among the top ranks of metal horror movies like “Deathgasm,” but it does effectively complement the film’s goriest scenes.

The SFX used to depict the bloodiness of the most gut-wrenching scenes outshines the soundtrack. The effects clearly mimic classic “bad horror” movies such as “Killer Klowns from Outerspace.” The satisfying unprofessionalism of the effects smooths out the rough comedic edges caused by lackluster performances.

The performances make the film hard to enjoy if you’re not a Foo Fighter fan. The film gives their fans the chance to see their favorite rock stars attempt to act on a big screen. Unfortunately, the stars’ obvious amateur acting skills are the film’s most humorous aspect.

In short, “Studio 666” might indulge Foo Fighter fanatics, as it does give them another creative effort from the beloved band, but the script doesn’t work as a proper horror film. Even with the presence of one of the most popular bands of the 21st century, “Studio 666” lumps into the trash pile of every other bad horror movie made in 2022.