Suit up for “Minions: The Rise of Gru”

After five years since the last “Despicable Me” movie, Illumination Entertainment brings back the yellow minions of trouble, including Bob, Kevin, Stewart and a new character, Otto, all voiced by Pierre Coffin. Gru (Steve Carell) returns too, though he’s only a “mini-boss” and hasn’t quite become the beloved supervillain that fans know him to be. The film is cheerful and lively, but nothing special in terms of plot.

Gru’s humble beginnings as a supervillain are only restricted by the walls of the makeshift lair in his suburban basement. The lair is filled with the familiar gibberish-speaking minions who haven’t quite figured “evil” out yet, and have not yet formed that bond with Gru present in the “Despicable Me” movies.

After the Vicious Six betray their founder in an Indiana-Jones-style heist for a mystic artifact, the five open a position for a younger, hipper supervillain to join their crew.

Gru applies for this position and makes it to the interview only to be ridiculed by the Vicious Six for being a child. What the crew doesn’t expect, however, is to be outsmarted by little Gru and his antics, who steals the artifact before running off. After an unexpected turn of events, the minions are separated from Gru and hilarious chaos ensues.

In the first few minutes, the absurd names of the Vicious Six already tells viewers what type of humor they’re going to get. The childish jokes in “The Rise of Gru” are very clearly directed towards kids in classic Illumination fashion, but teens and adults can still get a laugh out of its sheer ridiculousness. While the fart jokes may be a miss, the film’s silly slapstick and random humor can entertain an older crowd, as well.

Illumination seems to direct its efforts less towards the plot, however. It loses itself a couple times through the multiple storylines that eventually get intertwined together, though most people watching a “Minions” movie are not there for a fantastic, well-written plot.

For instance, in the midst of the minions’ journey, they take a detour to learn kung fu from Master Chow (Michelle Yeoh), followed by a lengthy training arc. Although entertaining, this arc contributed very little to the main storyline. While the plot does jump around, it’s cohesive enough for kids to understand everything and the extra bits allow the writers to fit a lot more jokes in each scene.

As a fun kids movie, “The Rise of Gru” isn’t anything to take seriously: it’s just another addition to the heavily-commercialized “Minions” franchise. Still, the animation is colorful without being abrasive, and the film appeals to fans of all ages, not just young children. It’s the perfect flick to watch with a younger, minion-obsessed, sibling, but it also serves as a light-hearted movie to view with friends. If you’re looking for some minion-craziness or carefree fun, “Minions: The Rise of Gru” is just right. 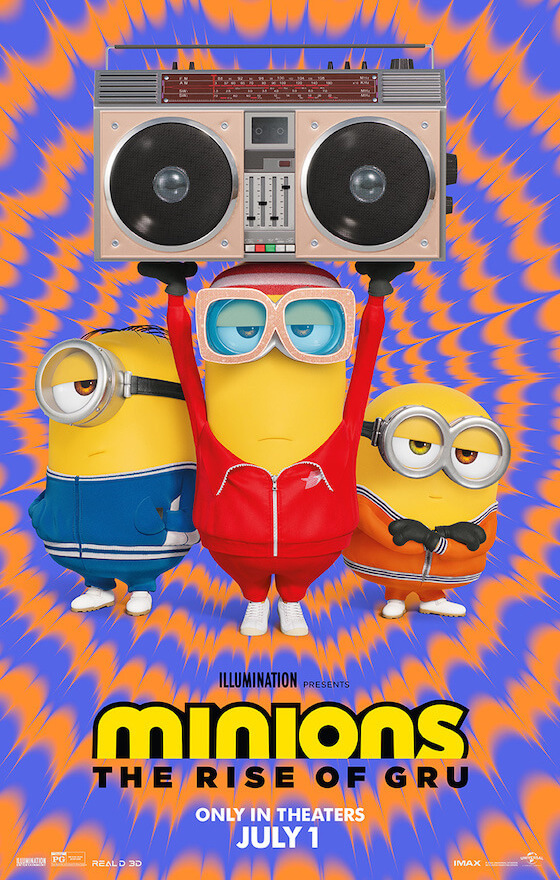 Photo: "The Rise of Gru" came out in theaters on July 1 (photo courtesy of Universal Pictures).

“Minions: The Rise of Gru” is rated PG for some action/violence and rude humor. It was released on July 1 and is now playing in theaters, including Regal Majestic Stadium 20 & IMAX, AMC Wheaton Mall 9 and AMC Montgomery 16.