A preview of local big-name concerts

It may not be June yet, but with APs and prom over and seniors leaving this week, it's not too early to start thinking about summer. For those of you who plan on enjoying any live music during the sunniest season of the year, combing through the countless artists performing in the D.C. area can be daunting. Fortunately, your friendly neighborhood school newspaper has taken the time to sift through the masses and find a few local acts that we think Blazers will love. Enjoy! 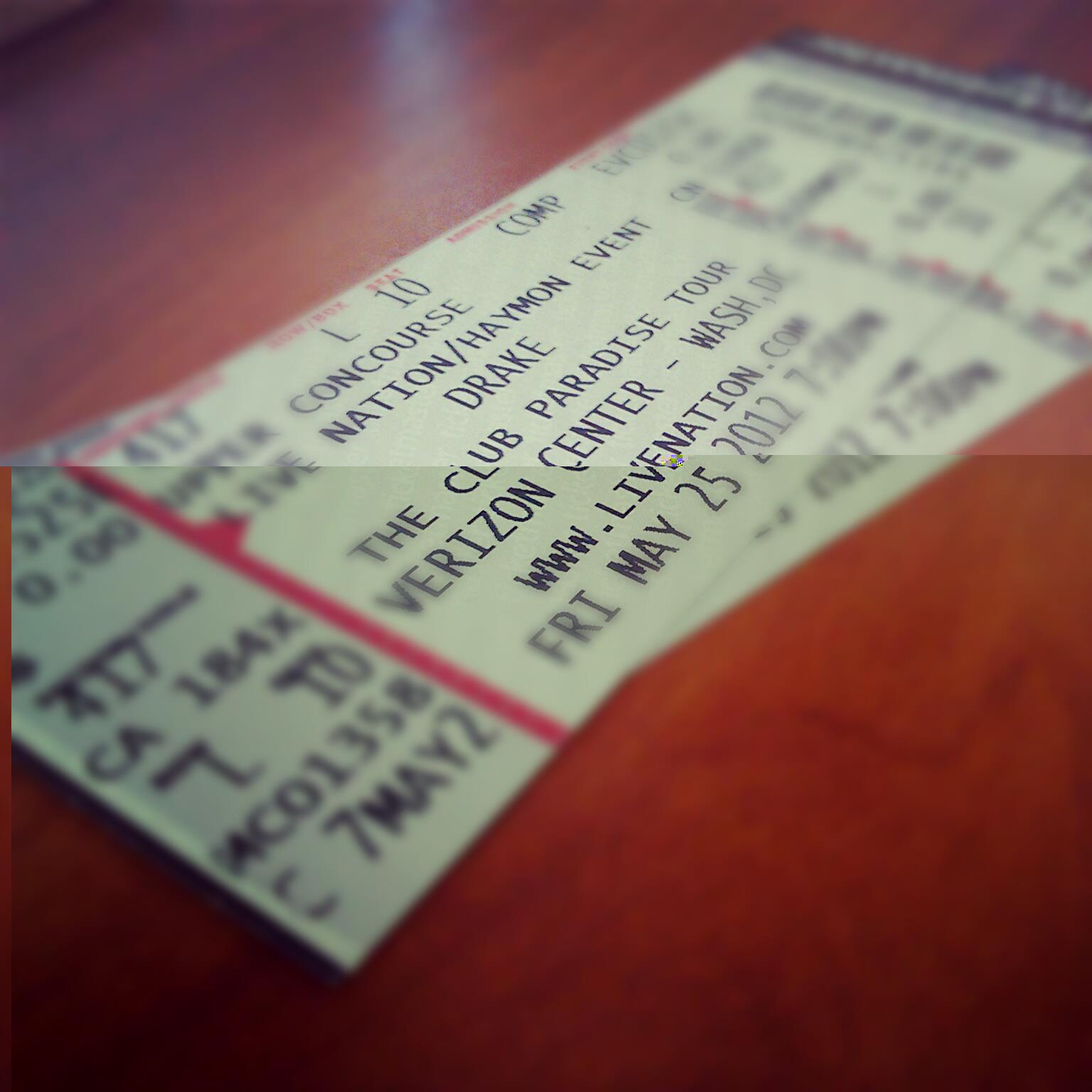 Drake with J. Cole, Waka Flocka Flame, Meek Mill, 2 Chainz and French Montana
Mark your calendar: Friday, May 25, 7:00 p.m.
Get directions: Verizon Center, 601 F Street, NW, Washington D.C.
Be informed: The Canadian actor-turned-rapper brings his sensitive hip-hop styles to D.C. on Friday, accompanied by a supporting cast of up-and-coming artists. 2 Chainz, who worked with Drake on his single "No Lie," and French Montana haven't yet reached the fame of J. Cole and Flocka, but are on the rise. See them so you can tell your friends you liked them before they were cool.
Have a backup plan: The tour will be out in Virginia Beach on June 20.

UPDATE: See our review of this concert here.

Future
Mark your calendar: Tuesday, June 5, 8:00 p.m.
Get directions: The Fillmore Silver Spring, 8656 Colesville Road, Silver Spring, MD
Be informed: Future, together with YC, introduced us to the motto "racks on racks on racks," and has since released two albums of his own, "Astronaut Status" and "Pluto." The auto-tune-embracing rapper from New Orleans visits Downtown Silver Spring for a Tuesday night show. If you don't have to study for exams, hop on the Ride-On bus to chant along to "Tony Montana."
Have a backup plan: Pusha T joins Future for a Thursday night show at The Norva in Norfolk on June 7, and then a Saturday night show in Richmond on June 9.

Photo: The Beach Boys have gotten back together for the band's 50th Anniversary Tour, which comes to Merriweather June 15.

Photo: The Beach Boys have gotten back together for the band's 50th Anniversary Tour, which comes to Merriweather June 15.

The Beach Boys
Mark your calendar: Friday, June 15, 6:30 p.m.
Get directions: Merriweather Post Pavilion, 10475 Little Patuxent Parkway Columbia, MD
Be informed: The iconic '60s rock band is getting back together for a worldwide tour this year. The Beach Boys visit Merriweather Post Pavilion in June for this Friday evening show. Go because you haven't had the chance to see them tour live in your lifetime (if you're a student) and may not get many more chances.
Have a backup plan: The Beach Boys also have another show in Virginia Beach, on July 3. 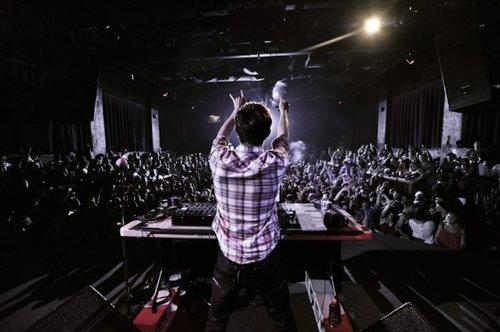 Photo: Porter Robinson, 19, will be bringing his electro/house jams to the Fillmore on June 25.

Photo: Porter Robinson, 19, will be bringing his electro/house jams to the Fillmore on June 25.

Porter Robinson
Mark your calendar: Monday, June 25, 8:00 p.m.
Get directions: The Fillmore Silver Spring, 8656 Colesville Rd, Silver Spring, MD
Be informed: Despite being only 19 years old, Porter Robinson has made a name for himself in the electronic house genre as he performed along distinguished artists such as Deadmau5, Madeon and Skrillex. in 2011, he was commissioned to make official remixes for Lady Gaga and Avicii and by blending other types of music with his unique approach dubstep/electro, he was able to create some of the most versatile sounds in the industry.
Have a backup plan: Porter Robinson will not be performinag at any other date except for this one in Maryland.

Coldplay with Robyn and Wolf Gang
Mark your calendar: Sunday, July 8, 7:00 p.m. and Monday, July 9, 7:00 p.m.
Get directions: Verizon Center, 601 F Street, NW, Washington D.C.
Be informed: British alternative rock band Coldplay took home the Grammy for Best Rock Album for their 2008 release "Viva La Vida," and has had great success in both Europe and North America. The band's 2011 album "Mylo Xyloto" had more tempered success than "Viva La Vida," but Coldplay was nominated for another three Grammys last year and performed with Rihanna at the awards show last February.
Have a backup plan: If you can't make the Sunday night show, there is one the night after. 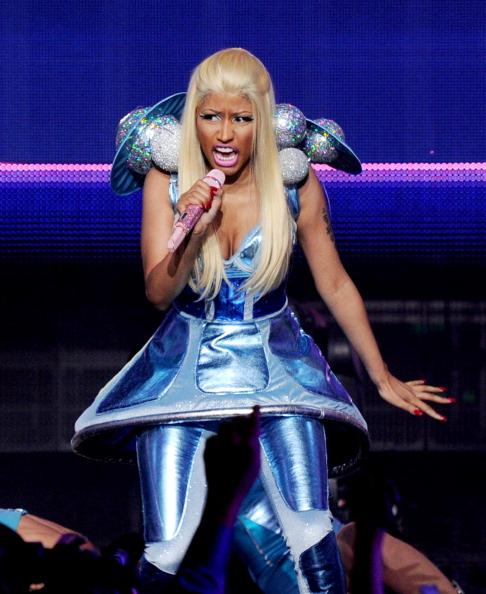 Nicki Minaj
Mark your calendar: Saturday, July 21, 7:30 p.m.
Get directions: DAR Constitution Hall, 1776 D Street, NW, Washington D.C.
Be informed: Nicki Minaj began as a member of Lil Wayne's and Drake's Young Money record label and quickly took off, becoming the most successful female rapper in a long time. Minaj's 2011 hit "Super Bass" peaked at third on the U.S. charts and her recent "Starships" reached fifth. Last year, she was a guest on Britney Spears' Femme Fatale Tour. This year, she goes solo.
Have a backup plan: Be one of the millions who watches her videos on YouTube. Minaj has no other concerts this year in the D.C. area.

Legend of Zelda Symphony
Mark your calendar: Thursday, July 26, 8:30 p.m.
Get directions: Wolf Trap, 1645 Trap Road, Vienna, VA
Be informed: The incredible music score from the beloved video game franchise, "The Legend of Zelda," come to life in this symphonic concert, marking the 25th anniversary of the first Zelda release. More than 52 million copies of the series has been sold, making it one of the most popular and enduring video game franchises ever. The symphony will be conducted by Irish conductor Eimear Noone, who has had experience orchestrating numerous pop culture scores, including the Harry Potter and the Goblet of Fire trailer and the soundtrack to the online game World of Warcraft.
Have a backup plan: The Legend of Zelda Symphony has no other concerts on the east coast. But you can still play the game. 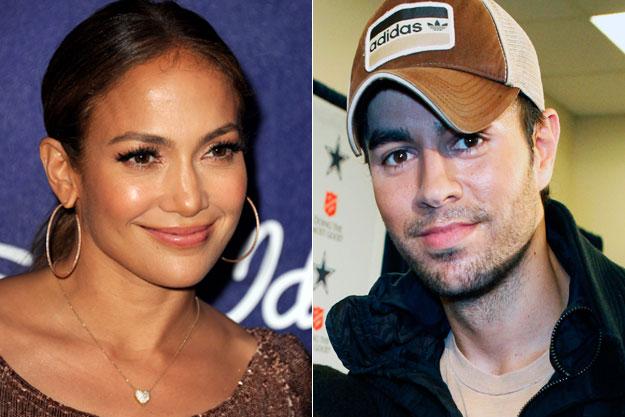 Photo: Enrique Iglesias and Jennifer Lopez take over the Verizon Center on July 28.

Photo: Enrique Iglesias and Jennifer Lopez take over the Verizon Center on July 28.

System of a Down
Mark your calendar: Tuesday, Aug. 7, 8:00 p.m.
Get directions: Verizon Center, 601 F Street NW, Washington, D.C.
Be informed: After coming out of their four-year hiatus in 2010, the rock band System of a Down brings back their well-recognized "experimental rock” sound at the Verizon Center. While they have not recorded in album in over seven years, they plan on playing hits such as "Chop Suey” and "B.Y.O.B” as nostalgia for the bands reunion. Since Oct. 11, they have been working on their newest album, on which they have not released any information.
Have a backup plan: There is no backup plan, this is a one night offer to see one of the pioneers of experimental rock live in Maryland. 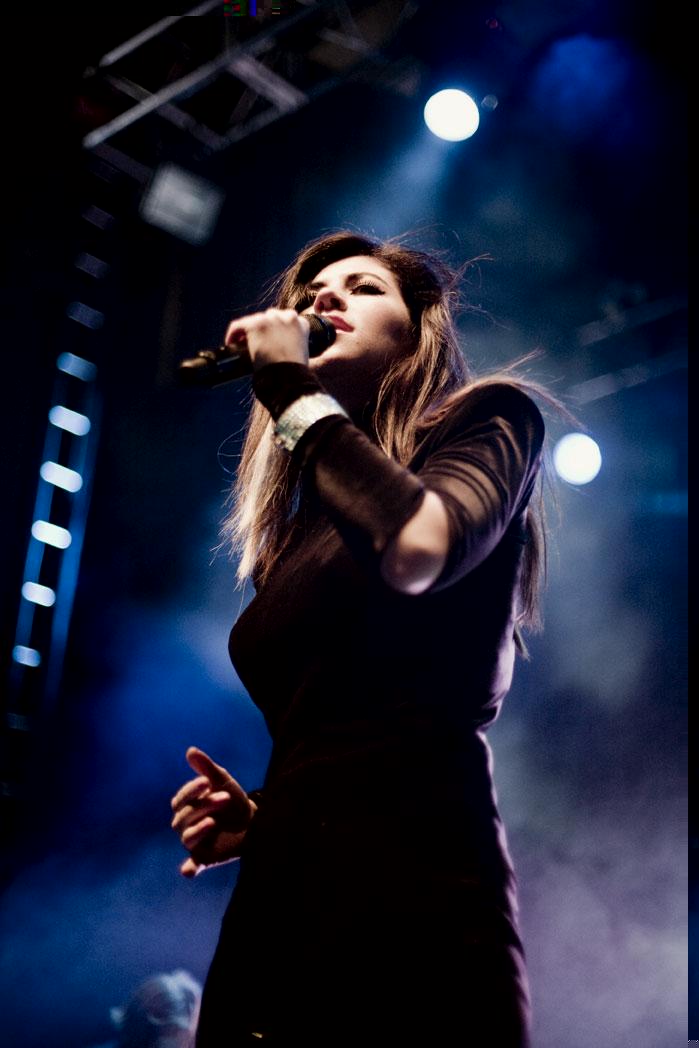 Marina and the Diamonds

Photo: Welsh artist Marina and the Diamonds visits the 9:30 Club on Aug. 14 as part of the North American leg of her tour.

Photo: Welsh artist Marina and the Diamonds visits the 9:30 Club on Aug. 14 as part of the North American leg of her tour.

Marina and the Diamonds
Mark your calendar: Tuesday, Aug. 14, 7:00 p.m.
Get directions: 9:30 Club, 815 V ST., N.W., Washington D.C.
Be informed: With the breakthrough in her album "The Family Jewels” in 2010, Welsh singer Marina and the Diamonds quickly rose to fame as she came in fifth on SHREDnews's "Ten Artists to Watch in 2010” and sold out the first leg of her headlining tour that year. With the release of newest album "Electra Heart” in April 2012, Marina and the Diamonds starts her Lonely Hearts Club Tour and will be touring North America from July 10 to August 17.
Have a backup plan: The closest and last showing of her next concert is in Philadelphia on August 17.

Train
Mark your calendar: Tuesday, Aug. 21, 6:00 p.m.
Get directions: Wolf Trap, 1645 Trap Road, Vienna, VA
Be informed: Train is an American pop band from California that won two Grammy Awards in 2002 for their single, "Drops of Jupiter (Tell Me)” and found recent international success with their five times platinum winning album, "Save Me, San Francisco.” With their 2011 hit song "Hey, Soul Sister (Live)” winning "Best Pop Performance by a Duo or Group with Vocal,” Train will certainly put on some of the best concert experiences to to date.
Have a backup plan: Train has no other concerts in the Virginia and Maryland area.