Working hard. Gaining experience. Getting paid. What's not to love about having a job? Whether you're putting in the hours at a local farm or selling snacks poolside, answering phones or shuffling papers, helping humans or helping their pets, you can feel good about being a productive member of society when you're gainfully employed. And what better time to be employed gainfully than that two and a half-month gap between studies? Even if you don't receive monetary returns, many Blazers agree that the value of working and giving back to the community during the summer is immense, and this year, several Blair students are primed to descend on the working world to see all that it has in store for them.

Junior Ana Delcid—who in years past has worked at a hospital and a law firm—will be working at the Montgomery County offices of the Humane Society of America over the summer. "I will be grooming the dogs, taking care of the other animals, answering phones [and] filing papers," she says. Although it is a paid position, she has other reasons for wanting to work there. "It's because I love animals!" she exclaims. "It's a great way to give back to the community."

Sophomore Carter Tipton has other motives for taking his position at the snack bar of Daleview pool. "I just like the money," he declares. "It just sucks because they're not even paying me that much." 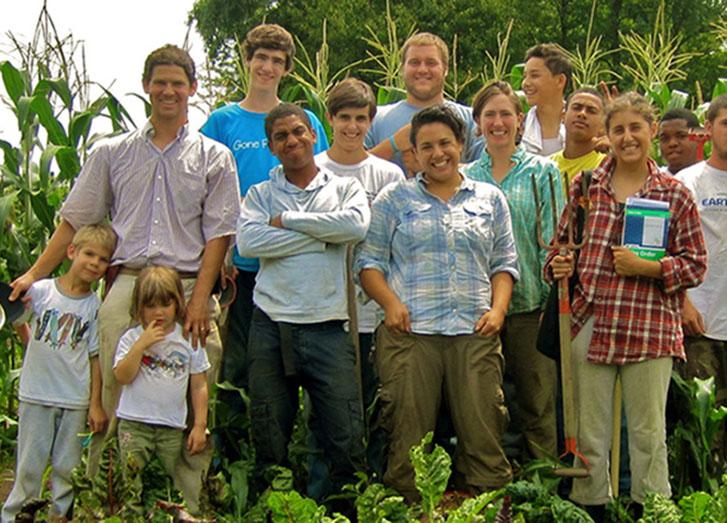 Photo: Social Studies teacher Marc Grossman is accepting applications from Blair students to work at his farm this summer.

Photo: Social Studies teacher Marc Grossman is accepting applications from Blair students to work at his farm this summer.

As in many other aspects of life, family ties can prove invaluable in finding a job that's right for you. Junior Alex Alia says he will be headed all the way to Connecticut this summer to work at his mother's gastroenterology (a branch of medicine focusing on the digestive system) clinic. "It's mostly a lot of administrative stuff, sort of like a paid internship," he says. Though he's worked summer jobs in the past, he says this one fits better with the type of work he wants to do later in the medical profession. "This is more in tune with want I want to do later in my life," he claims.

Senior Yanci Cueva says her uncle offered her a job at a rose dispatcher's this summer. It's a paid position, and though she looks forward to earning money, she says it's not the main reason why she took it. "I'm looking forward to the job itself—I'm not worried about the money," she says, "I'm doing it just to start working, to see what it feels like."

For Blazers looking for a unique and valuable working experience this summer, Social Studies teacher Marc Grossman is accepting applications up until May 1 to work at the Farm at Our House , a farm he co-founded in Brookville, Md. Although Grossman does not own the farmland, he owns the articles of incorporation. Grossman works in close relation with a non-profit called Our House, an alternative juvenile justice residency facility. "There are sixteen young men who, in lieu of doing some other sentence assigned to them by a judge or in lieu of being in Social Services, agree to live and work at Our House," Grossman says.

Grossman says this year he is looking for around ten students in addition to the Our House residents to come and work at the farm during the summer. "I think it's an amazing opportunity for kids to learn about sustainable agriculture and just have a great experience," he says. Despite the vital role that farmers play in American life, Grossman says he thinks too few people truly understand what it takes to do it. "People think that working on a farm is unskilled labor, in part because we've been taught that," he asserts. "It’s not. You need a set of skills to do farm work." Namely, he says, the ability to work, and to work outside. He says he is looking for "come-through people who say they're going to be there and show up, who tell me their schedule and keep it." But mostly, he says, "I'm looking for people who are interested and want to learn…I try to align people with their strengths and what they want to do." Grossman says anyone who signs on can also look forward to a "farm fun day," with an exact activity forthcoming.

Wherever Blazers end up working (or lounging, no judgment), the summer of 2014 looks promising. Just remember, unless you're doing something intensive like farming or grooming, try not to exert yourselves too much. It is summer, after all.