Super Bowl XLVI: Who ya got?

Patriots and Giants square off in rematch of 2007 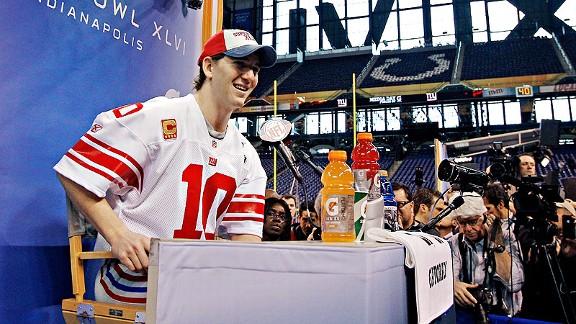 Super Bowl Sunday is upon us. It's been a wild season consisting of crazy flips, ridiculous catches and a new worldwide phenomenon called Tebowing. After a fun five months of NFL football, everything comes down to tonight at 6:29 p.m.

In a rematch of Super Bowl XLII, the Patriots seek revenge on the Giants, while Eli Manning will attempt to win his second ring. Our SCO panel is back to answer the question that's on everyone's mind this time of year: Who ya got?

We want our readers to weigh in, too. Let us know who you're picking in the comments section! 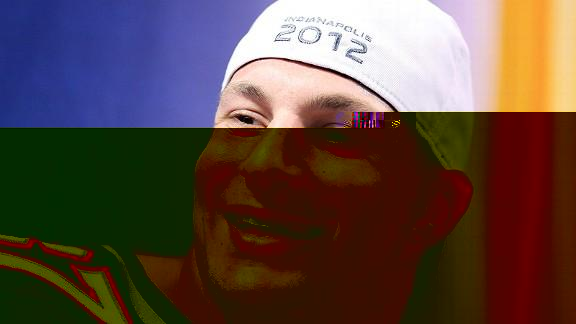 Photo: Rob Gronkowski had arguably the greatest season in the NFL at the tight end position. But with a badly sprained ankle, how effective will he be on Sunday?

Photo: Rob Gronkowski had arguably the greatest season in the NFL at the tight end position. But with a badly sprained ankle, how effective will he be on Sunday?

Eli says:
Everything besides the Las Vegas line is telling me to pick the Giants. New York is the hotter team coming in, having caught fire at the end of the regular season with big wins over the Jets and the Cowboys. The Patriots' defense has struggled all year long, and as a result, Bill Belichick is forced to think about using wide receiver Julian Edelman on the other side of the ball. On top of all that, New England's most dangerous offensive weapon, Rob Gronkowski, is playing on a bum ankle. But this time, I'm betting with my heart instead of my head. I cannot stand the Giants, and I refuse to pick them to win it all. I can at least stand the Pats, and it would be cool to see Tom Brady get his revenge on the G-Men. Brady went just 22-36 passing against the Ravens and failed to find the end zone. But the Giants' defense isn't as stingy as Baltimore's, and, barring the 2007 Super Bowl, Brady tends to step up whenever the Pats are still around come early February. I'm counting on a big game from Brady, because Manning is sure to put up a lot of points against New England's putrid D. Hopefully Rob Gronkowski's ankle has healed somewhat over the past couple weeks, because if not, Brady will have to rely heavily on his other tight end, Aaron Hernandez. Somehow, some way, the Pats will find a way to win. Tom Brady will not let his team lose to the Giants in the Super Bowl twice. Oh, and by the way, the Redskins BEAT THE GIANTS TWICE THIS SEASON. Twice! Just thought I'd throw that out there (That means that the 'Skins are really Super Bowl champs if the Giants win, right? Isn't that how things work?).

Langston says:
The Patriots needed a dropped touchdown pass and missed field goal to even make it to Indy. That's a valid knock on them. So is the fact that Tom Brady couldn't manage a single passing touchdown last week. So is the fact that the Giants already beat them earlier this year. I can't believe Rob Gronkowski won't be playing on Sunday, but I doubt he'll be at one hundred percent. Honestly, the Giants are lucky, because their opponent is as beatable now as it has been all year long. And yet, New England is still the better team. It is certainly fair to consider Eli Manning an elite quarterback; there is no doubt that Tom Brady is one. The Giants are hot; the Patriots haven't lost since the first week of November. If the Super Bowl were scheduled for Monday, New England would have entered the game without a loss in four full months. I do not believe the Patriots were the best team in the league this year; no team with such a horrible defense could be. I would have picked the 49ers, Packers or Ravens (again) over the Pats. But considering that New York's D is almost as bad, the Patriots are my favorite to win this game. 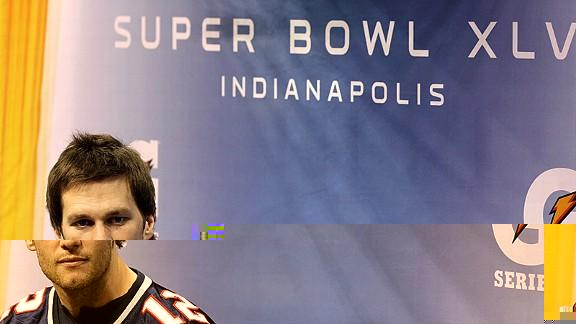 Photo: Patriots quarterback Tom Brady has been there, done that when it comes to the Super Bowl. Can he win his fourth ring?

Photo: Patriots quarterback Tom Brady has been there, done that when it comes to the Super Bowl. Can he win his fourth ring?

Jacob says:
Including the playoffs, the Patriots have won 10 games in a row, but that number is deceiving as among those 10 wins only one was against an above .500 team; last week's win against the Ravens. In the whole regular season they did not win a game against an above .500 team, but even that sheds little light on this matchup as the Giants only had one win against a winning team in the regular season, and that was Nov. 6 against the Patriots. The Giants, however, have definitely picked it up in the playoffs, but the Patriots' win against the Ravens was very impressive as well. While both teams were unable to beat the best teams on their schedules during the regular season, the playoffs have shown the opposite. The Giants' trademark has been their wins against the best teams in the playoffs. The Giants, as the six seed, had a harder path to the Super Bowl than the first seeded Patriots, but wild card teams often fare well in this situation. All of the last four wild card teams to make the Super Bowl went on to win it, the last one being the Packers in 2010, and 60 percent of the time that a wild card team has made it to the Super Bowl they have won. It is a small sample size, but it does show the importance of momentum in sports. For a wild card team to get this far, they have to have already beaten three other playoff teams first. There is no rest at the end of the season for a wild card team, and while it would seem as if a bye week would be advantageous, it may be that the continuity of playing every week is helpful for a team to develop a rhythm. This is not a game that can be broken down by numbers. These two teams have the two worst defenses ever to appear in a Super Bowl. Neither team can run the ball, but both teams have exceptional air attacks. The similarities are striking, but the difference is that the Giants are hot and they were hot in 2007 when they won the Super Bowl and they will do it again.

Molly says:
Seeing that I'm still wiping the tears from last week's AFC Championship, I realize that there is no way I will ever pick the Patriots, and although I wish neither team could win I will have to pick the Giants, and not just because of my bitter need for redemption. Eli Manning is at the top of his game, and in this repeat showdown, I know that the history that he's already made within the New York Giants franchise will only translate to this game. Plus crybaby Brady and his Patriots were unable to deliver their best football during the AFC Championship, and though he tied Joe Montana's record, the rest of his team didn't seem to back him up. The Giants have the statistics, the ability, and the winning attitude to back them up as they fight hard for the win in Super Bowl XLVI.