In preparation for the presidential and congressional elections in November, a growing number of states have passed "voter identification" laws as part of a misguided attempt to prevent election fraud. These laws require all registered voters to present ID at the polls before being allowed to vote.

Alabama, Kansas, Mississippi, New Hampshire, Pennsylvania, Rhode Island, South Carolina, Tennessee, Texas, Virginia and Wisconsin have all passed voter identification laws during the past two years, and there are now a total of 30 states which require identification at the polls. There is no voter ID law in Maryland; however, voters are asked to sign a Voting Authority Card to check in. 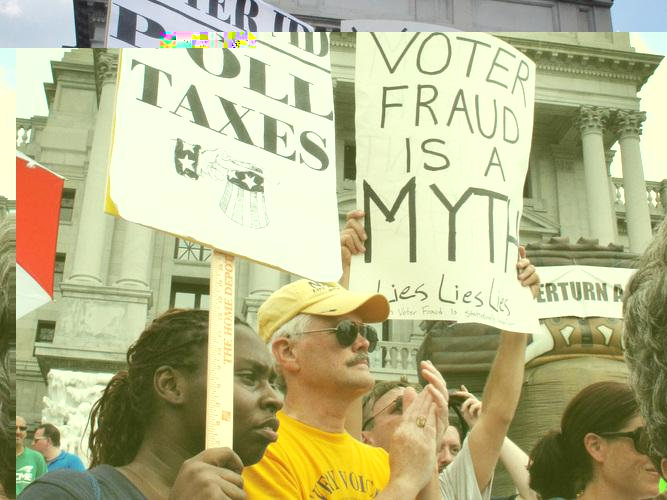 Pennsylvania's voter ID law is stricter than others because it requires a photo ID. This voter ID law is so controversial that the American Civil Liberties Union challenged it in court. On Aug. 15, Commonwealth Court of Pennsylvania Judge Robert Simpson Jr. upheld his state's voter identification law. The law, which will be in effect by November unless the Pennsylvania Supreme Court repeals it, accepts identification such as a driver's license or a student ID.

The recent uprising of voter ID laws around the country is disturbing, as such laws are not effective in preventing voter fraud. Instead, they disproportionally prevent certain groups of voters from voting.

Voter ID laws are intended to cut back on in-person fraud, which ranges from giving a false name to voting twice, at the polls. While requiring identification seems like an easy way to combat this type of fraud, an Aug. 12 study by the organization News21 found that in-person fraud is not a significant issue. The study examined 2,068 cases of election-fraud over the past 12 years and found only 10 cases of voter impersonation. According to the study, "…With 146 million registered voters in the United States during that time, those 10 cases represent one out of about every 15 million prospective voters."

In fact, the study found that the most common case of election-fraud occurs with absentee ballots, in which voters who cannot be present on Election Day may mail in their vote. Absentee ballot fraud often takes place when people impersonate other voters by requesting someone else's absentee ballot and voting in their name.

In addition, because absentee ballots are filled-out outside of the polls, absentee voters are more likely to be pressured or coerced by others than they would be at the polls, where poll workers keep an eye out for such illegal practices. The News21 study found 491 cases of absentee-ballot fraud, or about 23.7 percent of all cases of election fraud. Therefore, requiring an ID during in-person voting does nothing to prevent a large portion of election-fraud. 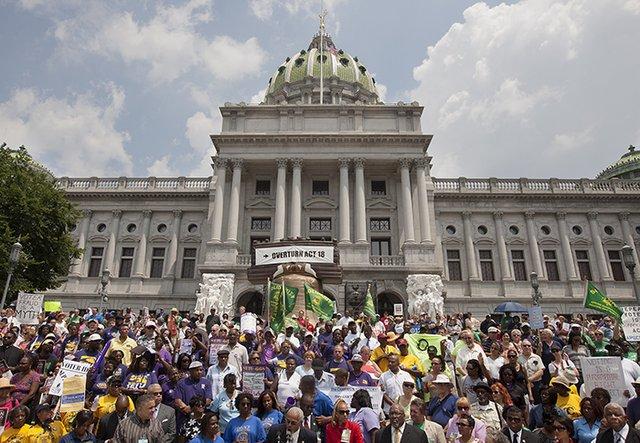 Furthermore, voter identification laws effectively disenfranchise citizens without the required ID, who are often low-income citizens, young people and women. Young people, more specifically those without school IDs or driver's licenses, are those most obviously affected by these laws. In Pennsylvania alone, the Department of Transportation has identified as many as 758,000 people, or nine percent of the state's 8.2 million registered voters, who are in need of the identification now required to vote.

Unfortunately, many voters do not have the documents required to get the free ID. A study published by the Brennan Center found that seven percent of voting-age Americans do not have ready access to the documents needed to get an ID, like a passport or birth certificate. And the homeless who are seeking ID in time for the election would certainly have a hard time finding two proofs of residency. 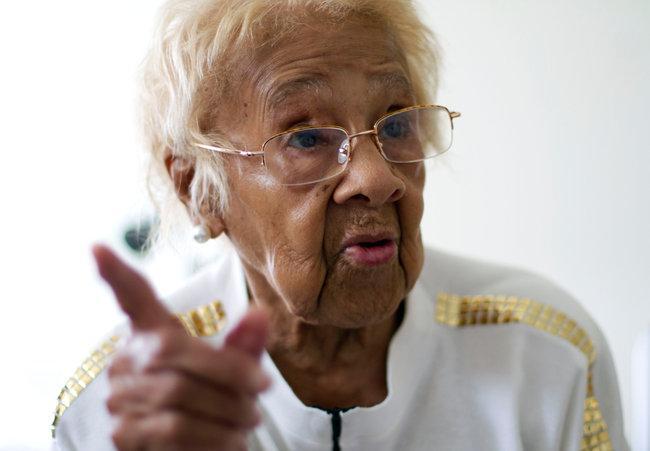 Photo: Above, Viviette Applewhite, a plaintiff in Pennsylvania's court case, may not be able to vote this November because she does not have ID and her Social Security card has been stolen.

Photo: Above, Viviette Applewhite, a plaintiff in Pennsylvania's court case, may not be able to vote this November because she does not have ID and her Social Security card has been stolen.

The Brennan Center study also found that low-income citizens are at a disproportionate disadvantage. "Citizens with comparatively low incomes are less likely to possess documentation proving their citizenship," the study stated. "Citizens earning less than $25,000 per year are more than twice as likely to lack ready documentation of their citizenship as those earning more than $25,000."

In addition, married women who adopt their partners' last names are also disproportionately affected by Voter ID laws, as they may only have legal documents, like birth certificates, with their maiden name. Not having legal documents with their current name is an added obstacle to women seeking an ID in time for the November election.

Because so many Pennsylvanians are unable to take advantage of the free ID program, complicating the voting process through the voter ID law is misguided. The law even seems undemocratic in the way that it disenfranchises so many, especially given that our country has one of the most pitiful voter turnout rates when compared to other developed democracies. Politicians should be focused on getting more voters to the polls on Election Day, not preventing citizens from voting.