Blair (2-0) defeated the Northwest Jaguars on Saturday in a close meet for the girls and a landslide victory for the boys. The girls placed first in seven out of their 11 total events and beat Northwest 85-84. The boys dominated the competition, winning 10 out of their 11 events and conquering Northwest 104-67. 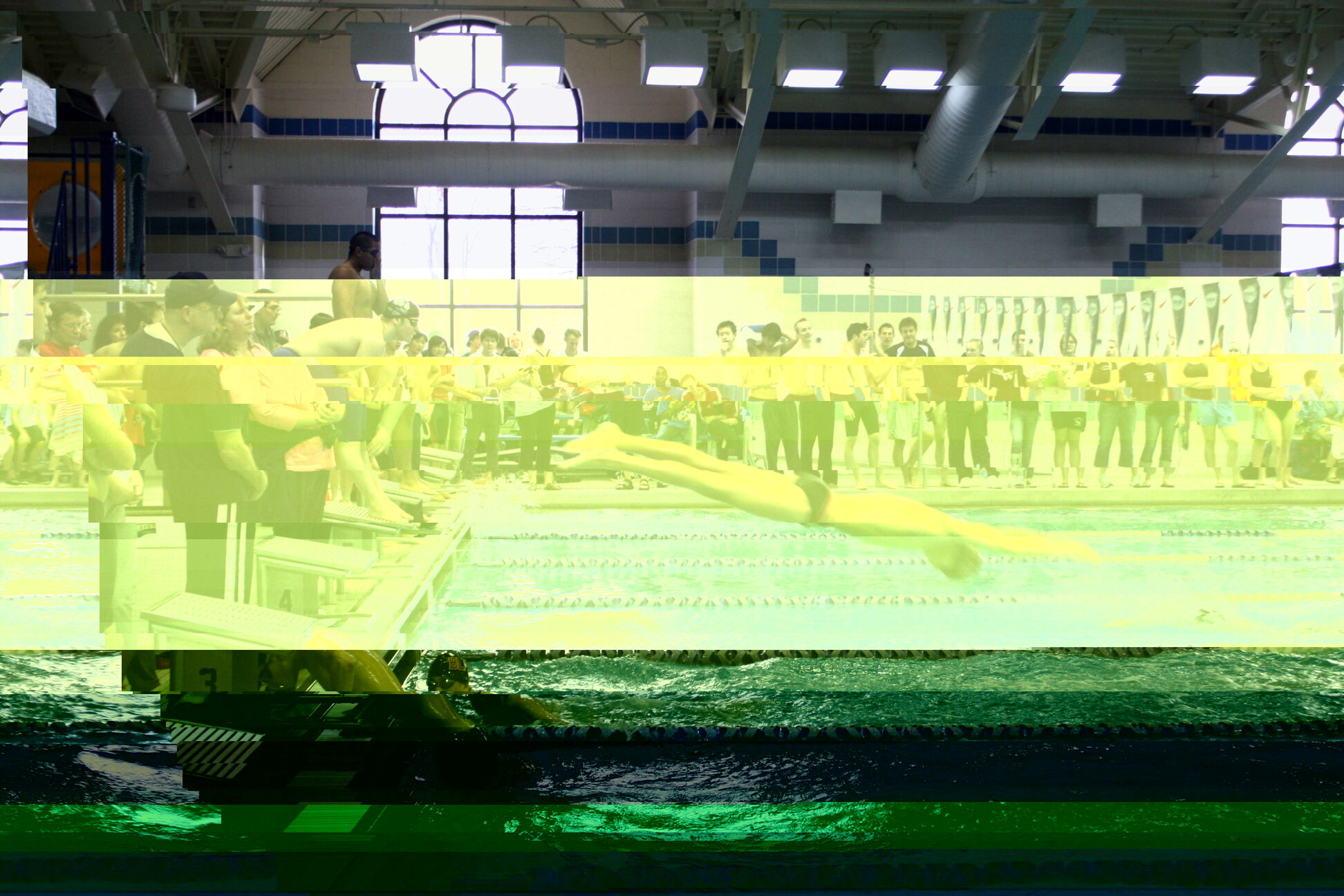 Photo: Sophomore Nik Hamond dives in to anchor the Men's 400 Free relay, the last event of the day.

Photo: Sophomore Nik Hamond dives in to anchor the Men's 400 Free relay, the last event of the day.

Freshman Emily Lathrop swam the fastest Women's 100 Backstroke in Blair history with a time of 1:05.25. Though Lathrop was the only Blazer to break a record on Saturday, many other girls came close, according to co-coach David Swaney. Molly Branson, with a time of 1:10.89, was .4 seconds away from breaking Blair's record for the Women's 100 Breaststroke and senior co-captain Jenna Williams, who won the 100 Free with a time of 57.25, was .05 seconds slower than the current Blair record. 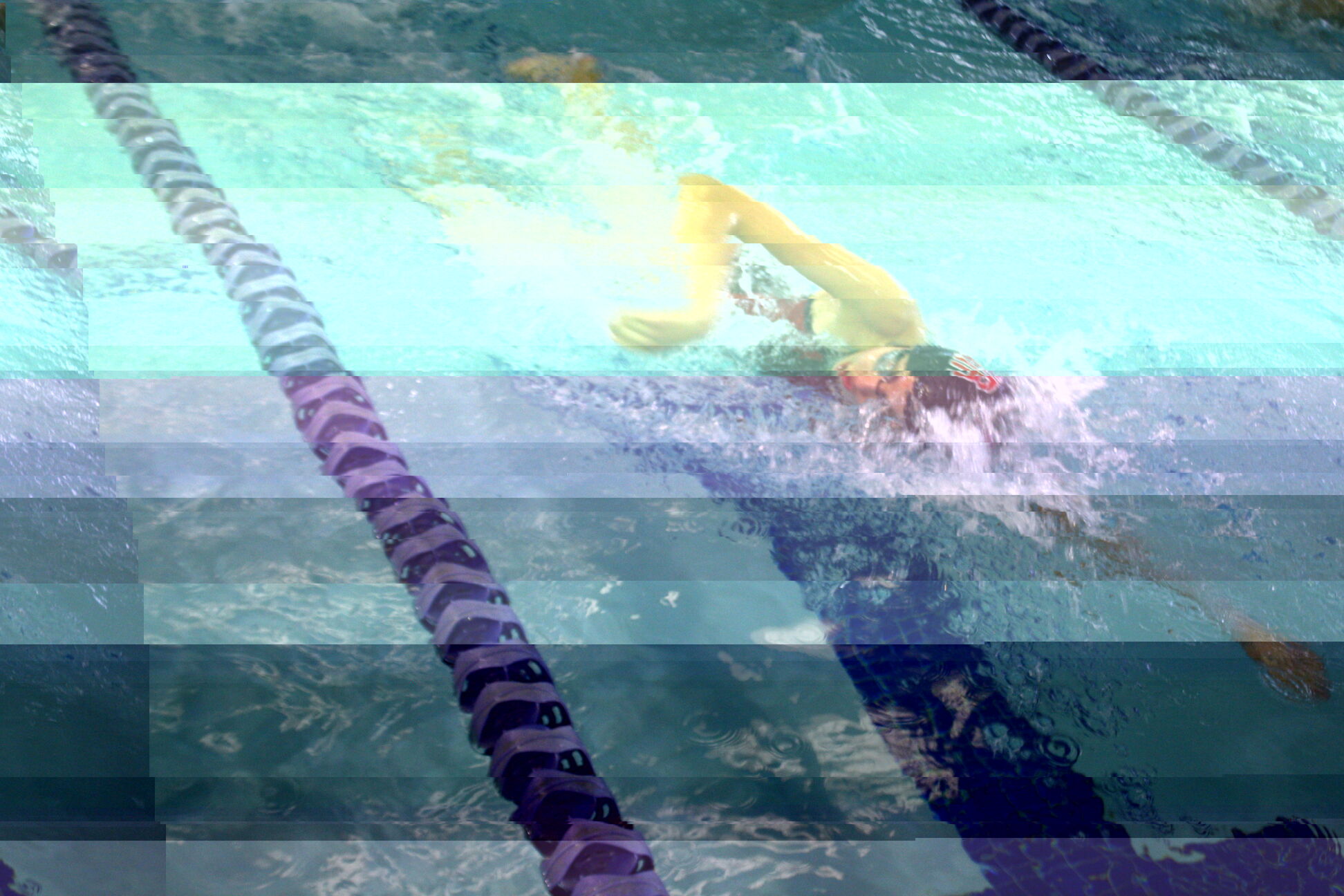 Another close event for the boys was the 200 Individual Medley, during which Lin lost his goggles in the first 25 yards of the race. Lin's Northwest opponent took the lead at that point and held it until the last 25 yards of the race, when Lin sprinted ahead and won by .61 seconds with an overall time of 2:03.35. Senior co-captain Nate Hukill also pulled off a close win in the 50 Free with a time of 23.45 seconds, a mere .12 seconds ahead of Northwest.

Though some of the boys' wins were nail-bitters, the team crushed the competition in the 400 Free relay and the 500 Free. Hukill, freshman Jack Foster, Liu and sophomore Nik Hammond placed first in the 400 Free relay with a time of 3:29.01, winning by more than four full seconds. Hammond clutched another win when he and Foster placed first and second for Blair in the 500 Free with times of 5:03.10 and 5:09.50, respectively, beating the fastest Northwest swimmer by almost seven seconds.

Photo: The girls prepare to dive in for the 100 Breast.

Photo: The girls prepare to dive in for the 100 Breast.

Coming off of a second-place win at the Division II relay carnival, the girls' team is performing better than expected, according to Swaney. Lathrop, senior co-co-captains Allison Arai and Jenna Williams as well as junior Larisa Antonisse kicked off the girls' meet by placing second in the 200-yard Medley relay. "The girls are looking really strong," Swaney said. Junior co-captain Laura McGehee believes that, the younger swimmers are very promising. "[This meet] put us in a good place… there's so much potential when he have freshman like Emily," she said.

Lin believes that the team's strong performance bodes well for Blair's reputation in the division. "Our starts and finishes were better and our focus was good. [The meet] was hard, especially for the sprinters… but we've confirmed our superiority as a team," he said.

Co-coach Charlie Demma thinks that the team's solid swimming was particularly important because of timing. "Club teams really heat up around now, and sometimes it takes a little backing off to get faster," he said. "But as of now, nobody's backing off."