Tableting to the future

40,000 tablets are essential for the county's education system

Last summer, Montgomery County Public Schools (MCPS) announced a new technology initiative, which plans to deliver 40,000 tablets to every school in the county. The plan is for students in grades three, five and six, as well as high school social studies classes, to use the laptops and tablets. The initiative's goal is to provide "anywhere, anytime access" to tools and resources for students and staff. Although some disagree, MCPS has the right idea. However, the arrival of the tablets is long overdue and insufficient: MCPS should add tablets to students of every class and grade level. 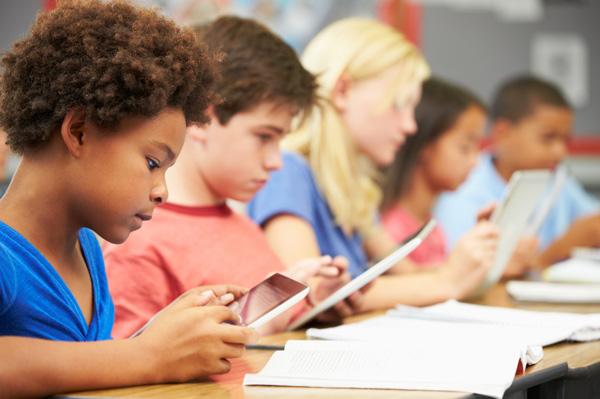 Photo: Tablets are just making their way to county schools, and it's already time for more.

Photo: Tablets are just making their way to county schools, and it's already time for more.

As the tablets make their way to schools in Montgomery County, students across the country that been using tablets for years have been learning more material faster, as well as understanding the concepts better. According to the U.S. Department of Education, technology-based instruction can reduce the time students take to reach a learning objective 30-80 percent. In many MCPS schools today, teachers rely on Promethean boards to teach. When the Promethean boards were added to schools, they were a big step up from chalkboards and whiteboards because they allowed teachers to integrate pictures, videos and websites into their lessons. Adding tablets to schools puts those lessons directly into the hands of the students. A Public Broadcasting Service survey found that 81 percent of teachers from kindergarten to twelfth grade believe that tablets enrich education.

Blair principal Renay Johnson is fully supportive of MCPS's initiative, but she acknowledges that teachers need to be educated on how to use the technology first. "I think in order for us to be 21st century schools, we have to embrace technology, but we also have to give staff members professional development, so that they know how to teach it, because quite frankly, a lot of kids know more than the staff with technology or social media and gadgets and those things," Johnson said.

On top of adding laptops and tablets, MCPS plans to add other mobile technologies and cloud-based learning systems to classrooms, which will allow students to do a variety of things. For example, teachers will be able to "screencast" lessons for students to view at home to help them with schoolwork, which lets students keep up with the lessons if they miss class. The new technology could also allow students to interact with and get assistance from their teachers at home.

Integrating tablets into classrooms is also going to reduce the amount of paper that teachers use, which will save schools money and ultimately help the environment. According to Edutopia, a school about the size of Blair spends up to $32,000 a year on paper and printing materials, and a school with 100 teachers uses about 250,000 pieces of paper annually. Apply those numbers to a report by the Sierra Club, and a school like Blair is cutting down a little more than one tree per year. Doesn't seem that bad, right? Now apply those numbers to MCPS and its 199 schools. Every year the county is cutting down about 200 trees for paper, which is two entire forests. Using tablets in schools would decrease these annual costs, and ultimately decrease the number of trees being cut down each year.

The glaring downside to all these technology upgrades is the cost. These laptops and tablets that MCPS is deploying aren't cheap: they're going to cost the county around $15 million. If MCPS increased the numbers of laptops and tablets, there's no doubt that the costs would begin to seem monstrous. However, the costs are worth it. "At every workplace, college, university, the expectation is that kids already have 21st century technology skills, so if we're not on board with that, kids will be going to college with a deficit," Johnson said. As the use of tablets increase, need for paper and printing materials would decline, and e-textbooks would replace physical textbooks. That money saved could be used to make up for the cost of the tablets. Ultimately the cost would still seem huge, but if tablets are improving the quality of learning, that makes the costs worth it in the long run.

One of the main purposes of our nation's schools is to teach students skills to prepare them for life beyond school. It is now 2014, and the world is fully reliant on technology in almost every aspect of our lives. MCPS's initiative to add 40,000 tablets is a good start, but tablets in every classroom should be the goal.