Take me out to the (long) ballgame

If you follow baseball, you've probably heard of the 18-inning Major League Baseball (MLB) playoff game where the San Francisco Giants won against the Washington Nationals 2-1 on Oct 4. Chances are you or someone in your family was watching the game on TV, or you saw Facebook statuses along the lines of, "Dear Nationals, you've got to be kidding me." However, while you were busy sitting on your couch, some Blazers went the extra mile and attended the 6 hour and 34 minute game, the longest postseason game in MLB history. 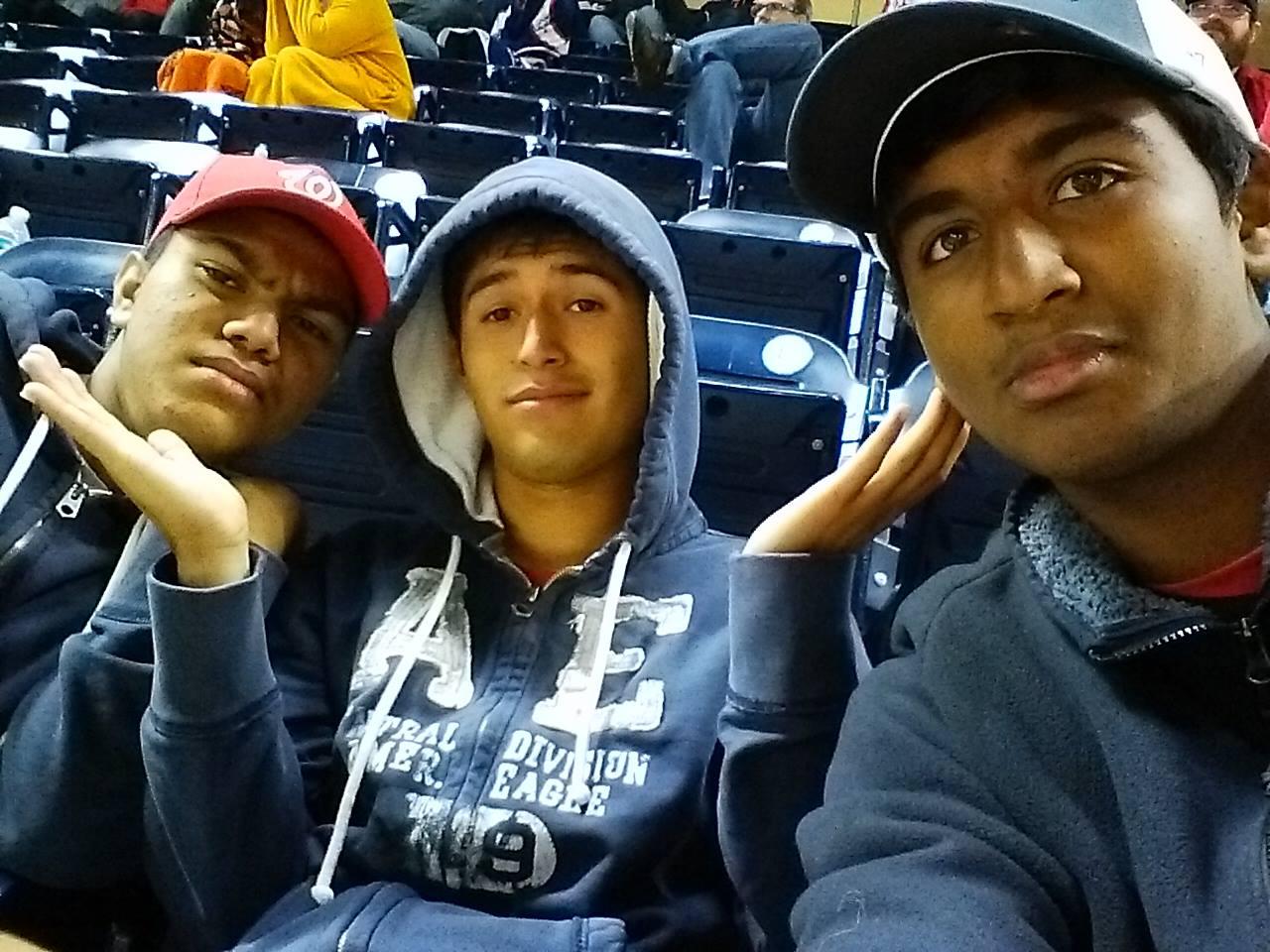 Senior Sam Merrill had high expectations for the Nats, especially since they came in the top seeded team in the National League and then lost their first game against the Giants. "I was hoping that the Nats were going to win. I kind of thought they were going to rally after the first game," he remembers. Senior Dallas Chavez, who went to the game with seniors Akshay Guthal and Mukund Patnaik, was also excited to watch the game. "I was feeling pretty pumped. I wanted to see the Nationals tie up the series," he says.

Spirits were high early on in the game. "It was a lot of fun. People were standing up the whole time, cheering and they gave out towels and it was pretty loud the whole time," Merrill remembers. Chavez notes that everyone there seemed excited. "Everyone was hyped. All the Nats fans were going there. The place was packed," he says. When the Nats scored their only run, Chavez says all the fans went crazy. "Akshay, Mukund and I all hugged. We were crying," he says.

As time went on, the excitement diminished. "After the fifth hour, you could feel the energy go down," Chavez says. Merrill left after the 13th inning. "It was too long, it was too cold and I was in just shorts and a t-shirt," he reasons. Merrill wasn't the only one who left. "A lot of people left in the extra innings, because it was getting pretty late," Chavez recalls. That didn't mean that there weren't any people left to cheer the Nats on, though. "If there was a good pitch, the place still went crazy," Chavez says. He was especially amazed when Rafael Soriano pitched a 1-2-3 innings in the 16th. "We were all extremely surprised because he's a terrible pitcher," Chavez says.

The game went on for six and a half hours, through the night and into the early morning, but Chavez says that it felt a lot shorter. "We were really surprised when midnight showed up on the screen," he says. The long night ended in disappointment when Brandon Belt hit a homerun, allowing the Giants to take the lead. Chavez still thought the game was worth the wait. "It was the best loss you could possibly get," he says. And even though the Nationals are now out of the playoffs after their third loss to the Giants, Chavez is still glad he attended the game. "I feel like I spent my 75 dollars well," he states.