Last Monday, Jim Tressel resigned from the Ohio State University (OSU) athletic program. Tressel's resignation comes after 10 seasons as head coach of the Buckeye football squad. After months of scrutiny and an ongoing investigation over the team-wide scandal involving the illegal sale of OSU memorabilia, lies and deception within the program began to surface. Although this resignation brings an end to a great coaching legacy, it was the best way for Tressel to save face before things truly hit the fan. 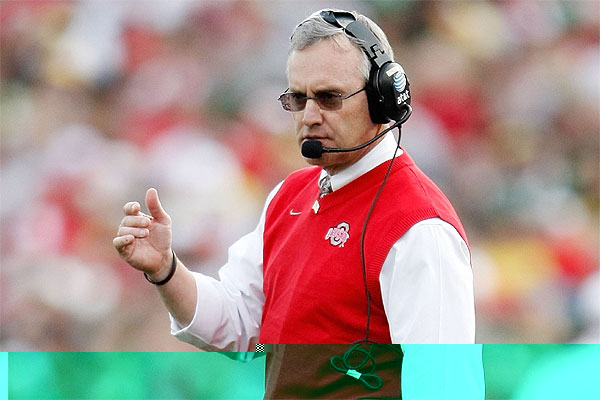 Photo: Jim Tressel led the Buckeyes to a 106-22 record during his career as head coach.

Photo: Jim Tressel led the Buckeyes to a 106-22 record during his career as head coach.

It all started at the end of last year when five Buckeyes, including starting quarterback Terrelle Pryor, were suspended for five games of the 2011-2012 season by the NCAA (National Collegiate Athletic Association). Their suspensions were issued after it became known that they violated NCAA rules by selling several pieces of their championship memorabilia including jerseys, rings, shoes and pants to a tattoo parlor for discounted prices.

Things began to worsen when, in early March of this year, Tressel was suspending for two games and eventually five (at his request) for withholding the knowledge of the players' misconduct from the NCAA or any Ohio State staff members. From that point forward, Tressel was thrown into the ring of fire amid a constant investigation, which left him with no choice but to resign.

When examining the memorabilia scandal as a whole, it becomes difficult to blame or scrutinize the players for trying to make a profit off of their personal item. In an interview with the Ohio State University newspaper, The Lantern, former Buckeye running back Ray Smalls is quoted as saying, ""I had sold my things but it was just for the money. At that time in college, you're kind of struggling."

It is completely understandable for a player to want to sell a few things as a way to make money in college - especially when comparing all the hours of football practice and games with the amount of money that the players bring in for the Ohio State football program. The NCAA rule prohibiting players from selling memorabilia seems to be a bit hypocritical. However, rules are rules and the issues involving the rules are not being debated at this time.

The true problem at hand was Tressel's deceit. His biggest mistake was lying through omission to the NCAA and OSU athletic program. Tressel is the author of two books, each of which is about the importance of faith and image. In a system where honesty is the most important concept, Tressel brought shame and fraudulence to everything that OSU stood for.

Tressel's lack of integrity was exposed in this episode. By trying to cover up the scandal, he made a serious error in judgment and the reputation of the school's administration was tarnished due to his indiscretions. Tressel's choice to hold back any information that he knew about the sale of the players 'memorabilia was seemingly worse than the players' original infractions.

It's sad to see such an exceptional career come to an end so suddenly. Ultimately,Tressel's downfall may end up being what he is remembered for instead of his amazing 106–22 record with the Buckeyes. Maybe things would have been different if Tressel came clean and practiced what he preached from the start – integrity – but then again, what's done is done.