"We have the five-second rule here," says AP Literature and Theater 2 teacher Kelly O'Connor while gingerly stirring her coffee. "In theater class and plays, when people are reading a kiss that has been assigned to them and they look at me with fear." O'Connor, a petite blonde who expresses herself in large hand gestures, looks as if she plucked her outfit from an early 20th century wardrobe. "And it's so comical the first time they kiss because they do it quickly and then look at me for approval." O'Connor leans forward, attempting to repress a laugh, "No, I say, because you didn't look at her like you loved her!"

When Kelly O'Connor steps into a room, she always takes center stage. Her bubbly personality, infectious laugh and unique style stand out against the monotony of the busy English office after school. O'Connor, who has taught at Blair since 1997, is a passionate thespian who has enthusiastically embraced the role as director of Montgomery Blair's school plays and musicals.

Astonishingly, O'Connor was not interested in theater until high school. "I never participated in theater because I was busy with ballet," O'Connor says, clearly enunciating each word. "But the senior year of high school I took the theater class to be in the fall play, so I did that and then I did the musical that year, and I fell in love." After high school, O'Connor attended Catholic University and minored in theater. However, she never intended to make it to the revered world of Broadway. " I was never an ambitious performer, I never had the dream of going to Broadway," O'Connor says matter-of-factly. "You have to work really hard because there are a lot of people that want it just as badly as you do, or more so." 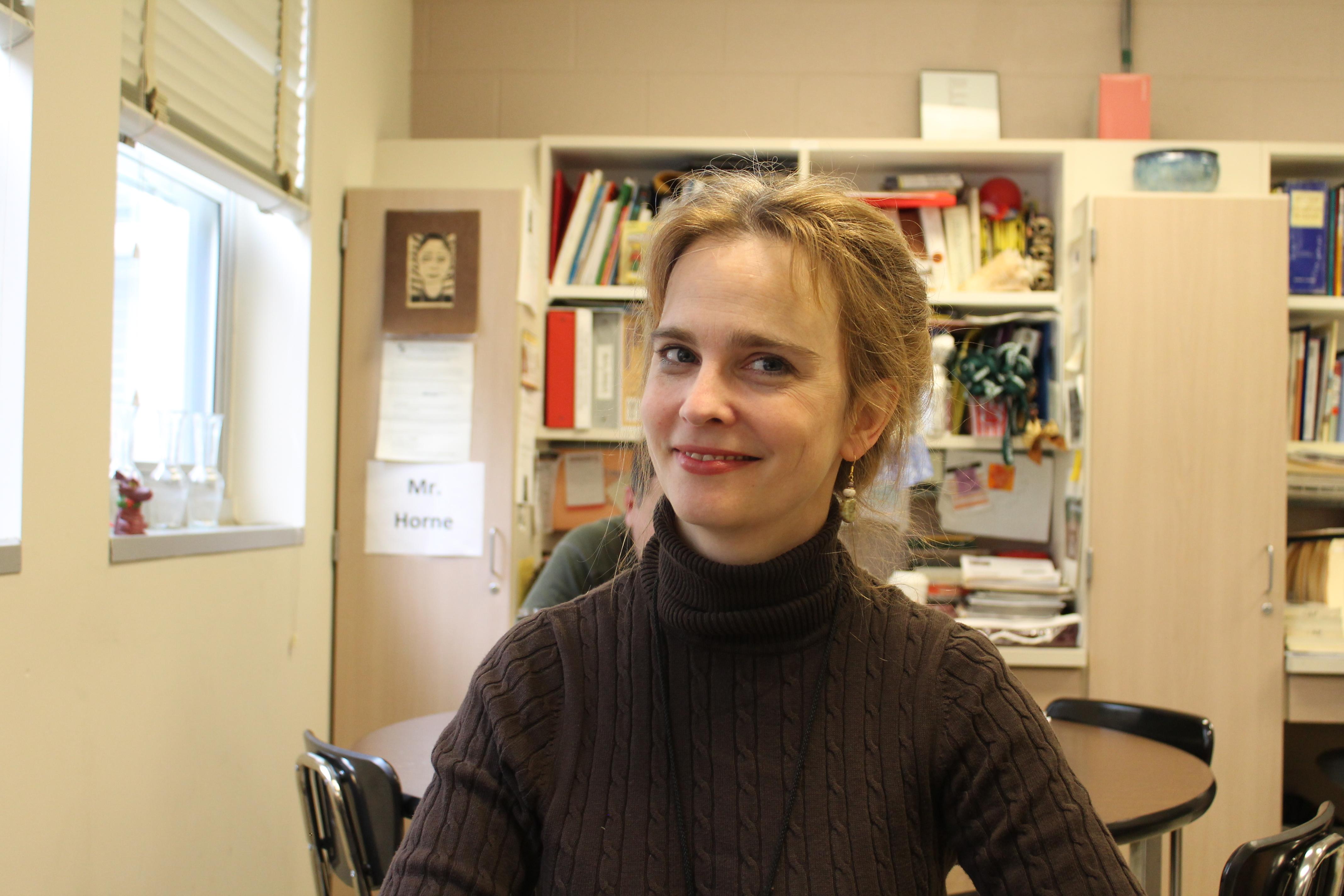 O'Connor began her teaching career at Takoma Park Middle School where she also directed school plays. She was then hired by other schools throughout the county to do freelance directing. At Takoma Park Middle, O'Connor befriended David Minton, the head of Lumina Studio Theatre, and his wife, Jillian Raye, because their daughter participated in the school play. Youth of varying experience levels as well as adults act for Lumina, located in Silver Spring. After Raye passed away in 2008, O'Connor and her husband John O'Connor decided to assist Minton with productions mounted by the studio.

Like his wife, John O'Connor enjoys theater and has made a career out of it. He works as a Shakespeare scholar at a Cornell University satellite base in D.C. Throughout the years, O'Connor has assisted her with directing Blair's plays. "He will direct one cast and I'll take the other and sometimes we will swap. He also has worked with stage crew a lot," Kelly O'Connor says.

Along with directing, Kelly O'Connor also loves costuming. She assumes the responsibility as the costume director for most productions. O'Connor's mother taught her how to sew as a child. "My mother went to design school back in the day and she taught me how to sew," O'Connor recollects. "I love creating costumes, and thinking about the character and how the costume has to reflect the appropriate character. Some characters I'll have dripping in jewels and others in rags." According to O'Connor, however, costuming is more than a diversion—it's an enormous responsibility that comes with great stress. She does have some help, though. "We also have a whole raft of parents—we call them the costume moms—and they are a great help," O'Connor says with a laugh. When she isn't working on theater productions and grading papers, O'Connor enjoys reading, watching movies, gardening and beading jewelry. "That keeps me off the streets," she jokes.

O'Connor asserts that theater is a unique experience that everyone should be privy to. "It's one of the only subjects where you have to work with other people. You can read a paper independently. You can do a lab independently. But with theater it's a group effort," O'Connor declares. "It teaches people how to be supportive of one another." Most importantly, O'Connor believes that theater forces people out of their comfort zones, something that, although daunting, can be very rewarding. "There is a sense of getting over your trepidations and taking risks," O'Connor says with a warm smile. "Try something new, you might realize you're really good at something."