After 10 years as mayor, Kathy Porter steps down

Takoma Park Mayor Kathy Porter will not run for reelection this year, ending her 10-year reign as head of the seven-member City Council, she announced at last Monday's Council meeting.

An elected member of the Council since 1991, Porter sees the change as something positive for her and the city. "There is value to getting new blood and fresh perspectives in this position every so often," she said in her Monday statement. She went on to say that being mayor "requires a lot of time and energy" and that now she might "get a life." 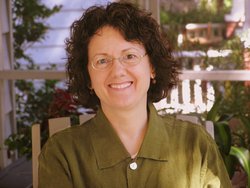 Photo: Takoma Park Mayor Kathy Porter announced that she was not going to run for reelection.

Photo: Takoma Park Mayor Kathy Porter announced that she was not going to run for reelection.

Bruce Williams, the current Ward Three Councilmember and a close friend of Porter, waited less than 48 hours before declaring publicly that he will run in the November elections to try to succeed her. Williams said he expected to receive support from Porter and the other current Council members.

Porter became the first female mayor in Takoma Park when she was elected in 1997. Since then her administration has been tested through various trials.

"I can't think of a harder job in this city, and [Porter] certainly had the 'fortune' to preside over some pretty rough spots in our history," Historic Takoma Vice-President Lorraine Pearsall said in reaction to Porter's retirement.

The construction of a community center, which nearly doubled in cost from an original estimate of $6.7 million to a final total of $12 million, is generally seen as the issue that defined Porter's time as mayor " her most obvious achievement but also a large source of controversy. The community center covered up the old city hall with a large brick Victorian-style structure, but the discovery of an underground bog and previously unknown utility lines caused delays and increased the cost.

Nonetheless, according to Williams, Porter would have been favored to win election again this year if she had wanted to continue. Twice she ran unopposed, and two other times her victories were lopsided. Her only serious treat came in 2005 from Seth Grimes, a local anti-tax crusader, but she defeated him by a 3-to-2 margin.

Grimes said he may run against Williams but wants to wait until September before making a final decision.

Williams, who has been a Councilmember for 14 years, was Porter's deputy mayor. He has already named housing affordability and city development as the top issues he will address if elected.

Takoma Park is the smallest of Montgomery County's three municipalities, with only 17,000 residents, but the city enjoys a national profile because of its reputation for advocating extremely liberal ideas. Two weeks ago Porter appeared on the MSNBC show "Tucker" to defend the City Council's vote in favor of a resolution to impeach both President Bush and Vice-President Cheney.

Porter was primarily known as a neighborhood activist when she first came onto the Council, replacing Ed Sharp in Ward Two. Sharp had been appointed mayor in place of Steve Delguidice, who had left midterm for the Prince George's County Council. Later Porter succeeded Sharp as mayor.

In her statement Porter said, "This has been a difficult decision for me because I have loved being mayor. It has been the most challenging and the most rewarding job I have ever had."

Kelly said, "She'll join the ranks of some highly influential political activists in Takoma Park, especially those who are former Council members and are active at all levels."